Europe’s ambitious hydrogen strategy will be watched closely for clues to where the multi-billion-euro program will put its money for the clean-burning fuel.

Green hydrogen is created using renewable energy, but it’s a long way from being at the scale needed for industry. Blue hydrogen, made from natural gas with the carbon emissions buried under ground, is a step ahead in terms of development

Hydrogen could meet up to 24 percent of the world’s energy needs by 2050 and the European Commission will set out its plan for the technology this week. Under scrutiny will be whether there’s backing for it be produced using fossil fuels or renewables.

Green hydrogen is created using renewable energy, but it’s a long way from being at the scale needed for industry. Blue hydrogen, made from natural gas with the carbon emissions buried under ground, is a step ahead in terms of development.

“Long-term, only green hydrogen from electrolysis via renewable energies will allow for a truly climate-neutral solution,” said Bernhard Osburg, chairman of the executive board at Thyssenkrupp Steel. “But other types of hydrogen can help to establish a market.”

Hydrogen is a colorless gas, but the industry uses “color” as a way to distinguish the types of technologies used to produce hydrogen. That distinction is important because it will set the tone for the incentive policies and regulations adopted across Europe. 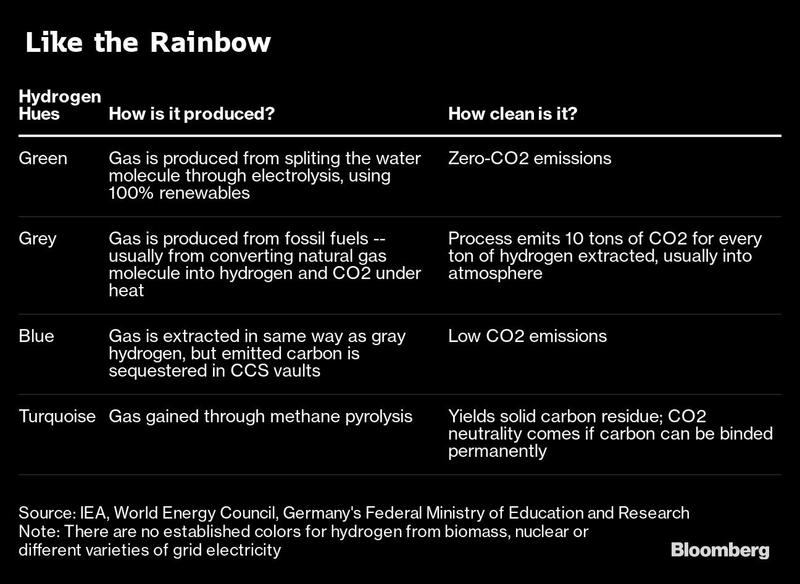 The commission’s roadmap to be announced on Wednesday is set to detail actions that the EU plans to take to boost production, lower the price and avoid uncoordinated, fragmented market development. It’s also seen as a key route to climate neutrality by 2050.

Natural gas producers such as Norway’s Equinor ASA say they can produce low-emissions blue hydrogen by capturing and storing the carbon dioxide released in the process.

“Blue hydrogen can replace fossil fuels with limited extra costs and if you do it in a large scale, you are able to take out a big chunk of emissions,” Grete Tveit, senior vice president for low carbon solutions at Equinor, said by phone. “For big emitters, that is a fast and cheaper solution.”

Capturing and storing carbon can reduce the carbon intensity of hydrogen made from natural gas by about 90 percent, according to BNEF. But it also increases the cost of production, and raises fossil-fuel consumption.

Green hydrogen is the technology associated with least emissions. However, it is still expensive -- as high as US$7.50 per kilogram, compared with US$2.40 for blue hydrogen, according to the Global CCS Institute. 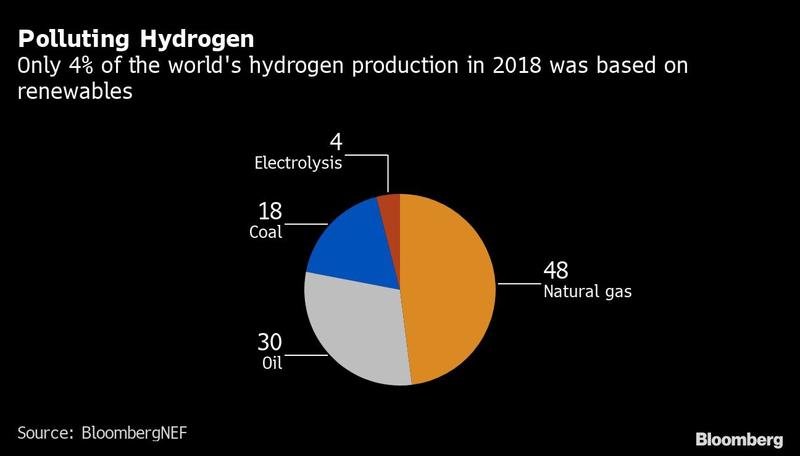 The green market also faces the challenge of expanding renewable generation availability and boosting the production of electrolyzers, the main equipment that separates hydrogen from the water molecule, according to Nils Roekke, Chairman of the Board of the European Energy Research Alliance.

For hydrogen from water electrolysis to reach a quarter of the world’s energy needs, it would require more power than the total global electricity generation in 2019.

With the help of government policies such as funding for research, subsidies for deployment, and a system to put a price on carbon emissions, green hydrogen could cost less than a third of what it does today by 2050, according to BNEF estimates. 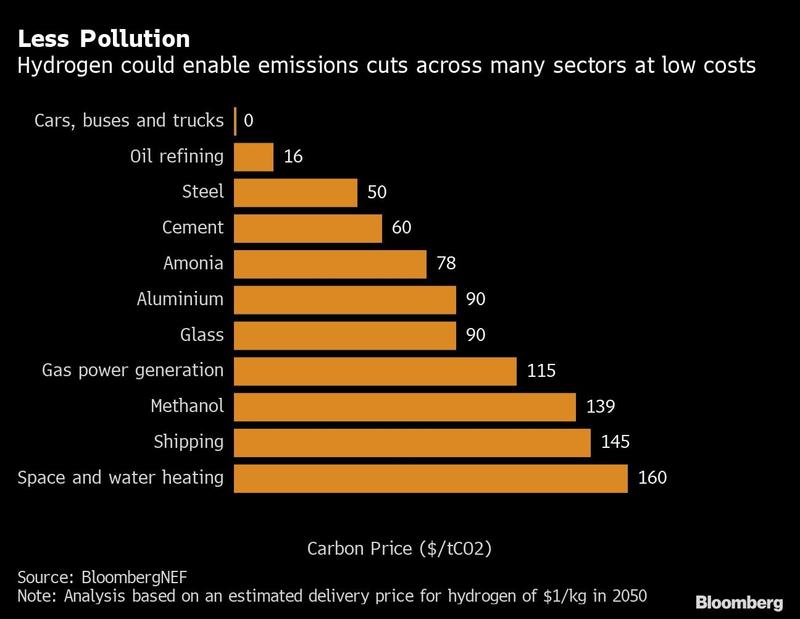 Europe’s electrolyzer production capacity is already expanding and the construction of new renewables plants is set to accelerate, according to Thomas Chrometzka, head of strategy at electrolyzer maker Enapter.

“It is possible to meet the hydrogen needed only with green hydrogen,” he said by phone. “I would be surprised if blue hydrogen could be as cheap as green will be in the long run.”