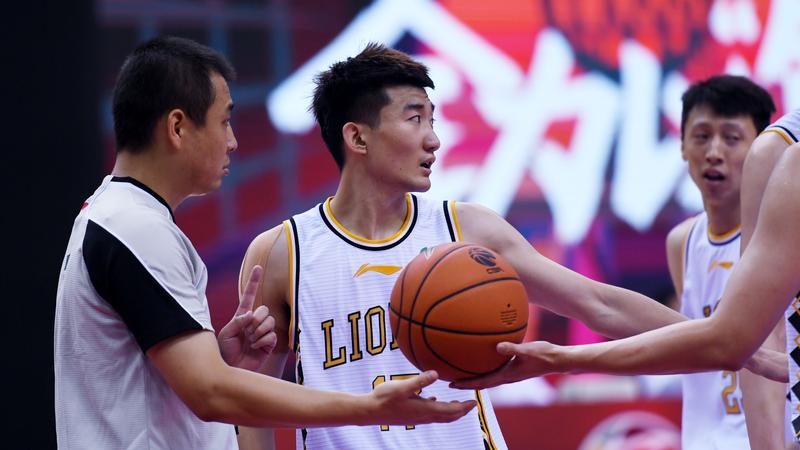 Sun Guanghui (middle) of Zhejiang Golden Bulls talks to a referee (not in frame) during a match with Bayi Rockets on June 26, 2020. (PHOTO / XINHUA)

Arslan came off the bench to score a team-high 20 points for Bayi, while center Zou Yuchen added 17 points.

"We were in good shape today, and we played very well on the counter attack," Ren said after the game.

"This game is of great value to us; our guys didn't lose their morale even though we lost by a lot of points," said Pioneers coach Liu Tie after the game.

The Shanghai Sharks ended a three-game losing streak with a 85-75 win over the Guangzhou Loong Lions. Shanghai had five players in double-digits, with Ray McCallum contributing 13 points.

"It was a tough game today. We played back-to-back and Shanxi played a great game," said Royal Fighters coach Stephon Marbury. "The players call me 'the Devil Coach' for our hard training sessions, but they are happy during the games for their good condition."

In the day's other two games, the Zhejiang Lions overcame the Beijing Ducks 100-87, while the Fujian Sturgeons cruised past the Jilin Northeast Tigers 120-111.