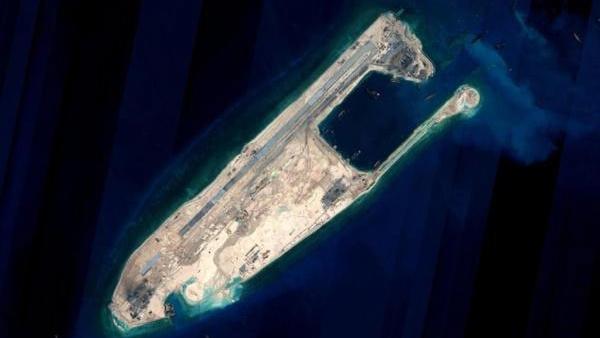 Wu Shicun, president of the National Institute for South China Sea Studies in Haikou, Hainan province, said on Tuesday in Beijing that more civilian facilities are needed on the Nansha Islands to enable China to offer new public services to the international community, especially countries along the sea.

"Such services will include maritime search and rescue, emergency medical aid and logistic support," he said, noting that a major goal behind China's infrastructure construction projects in the region is to boost its capability of providing public services to other parties.

Over the past several years, China has built infrastructure on the islands and reefs, and most of it－lighthouses, maritime search bases, hospitals and schools－is for civilian purposes, according to Wu.

He also suggested that the government allow domestic and foreign airlines to use the newly built airports on Nansha in case of emergency.

READ MORE: Envoy: US Indo-Pacific strategy not in line with regional interests

"Once the airports' support facilities like navigation devices and terminal buildings become operationally ready, we can tell airlines that they will have a new option if their aircraft need to make emergency landings," the researcher explained.

Wu made the remarks at a conference to launch The United States' Military Presence in the Asia-Pacific 2020, a heavyweight report made by his institute.

The report details the US' Indo-Pacific Strategy, changes in its Asia-Pacific security policies, US military deployments and activities in the region and military security relations between the US and its allies and partners. It also depicts impact generated by the US' return to the so-called great-power competition theory of Sino-US military ties.

Wu made the remarks at a conference to launch The United States' Military Presence in the Asia-Pacific 2020, a heavyweight report made by his institute

According to the document, the second of its kind produced by the institute, the US has 375,000 troops under its Indo-Pacific Command, including 60 percent of its naval ships, 55 percent of its army units and two-thirds of its marine corps forces.

Moreover, the US maintains as many as 85,000 forward-deployed troops and a large presence of advanced hardware, and the US military has been maintaining absolute supremacy in the Asia-Pacific for many years.

Nevertheless, the US military continues to try to deploy more forces in attempts to maintain and expand such supremacy, the report says.

Wu said at the conference that the US keeps intensifying its "freedom of navigation" operations targeting China, and has increased the frequency of sending military aircraft and vessels to trespass into China's territorial waters in the South China Sea. Such moves have raised the risk of miscalculations or inadvertent confrontations, he noted.

The researcher said that it is important for both sides to stick to the terms in their memorandums concerning major military operations and air and sea encounters.

They should also ensure a smooth communication mechanism, he added.