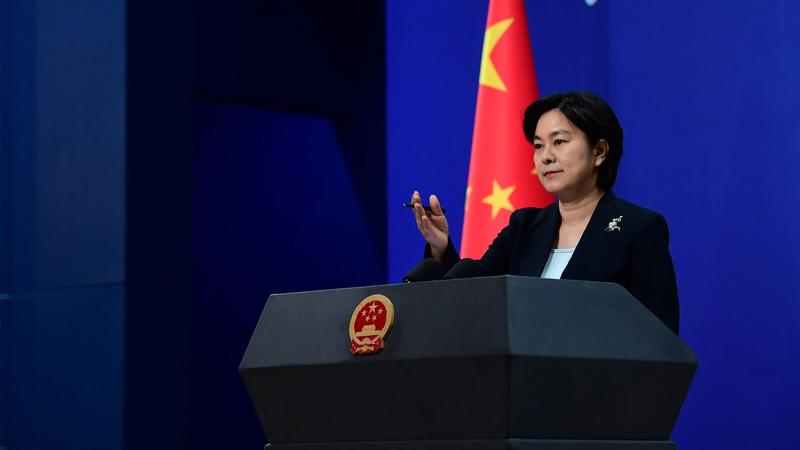 China urged the United States to correctly look at the national security legislation for the Hong Kong Special Administrative Region and stop using it as an excuse to interfere in China's internal affairs, Foreign Ministry spokeswoman Hua Chunying said on Wednesday.

Hua made the remark after US Secretary of State Mike Pompeo on Tuesday called HSBC a "cautionary tale" and warned of businesses' overreliance on China after the bank last week published a picture of Asia-Pacific CEO Peter Wong signing a petition backing the legislation.

"That show of fealty seems to have earned HSBC little respect in Beijing, which continues to use the bank's business in China as political leverage against London," Pompeo said in a statement.

Hong Kong affairs are purely China's domestic affairs that allow no foreign interference. We urge the US side to stop sowing discords and stoking fires

"Hong Kong affairs are purely China's domestic affairs that allow no foreign interference. We urge the US side to stop sowing discords and stoking fires," Hua told reporters at a regular press conference in Beijing, saying Washington should do things that are conducive to Hong Kong's prosperity and stability, instead of the opposite.

Hua stressed that to improve a legal framework and enforcement mechanisms for safeguarding national security in the HKSAR, the legislation is aimed at upholding lasting prosperity and stability in Hong Kong.

"The national security legislation for Hong Kong not only conforms to its fundamental interests, but also helps to protect the legitimate rights and interests of foreign organizations and personnel in Hong Kong," she said.

According to the spokeswoman, after the NPC decision on national security legislation, all related parties, including those from the business community, have made an objective and fair evaluation on it.

Hua also blasted a "narrow-minded and ridiculous" view held by some people in the US, that there can be only two types of people in the world, those obedient to the US and others.

"If there is anyone who does not attack China as told by the US, then the person must have been coerced by China," she said.

Every country, every party and everyone has the right to make an independent judgment according to what has happened and take actions that are in line with their own interests, Hua added.

Also at Wednesday's press conference, the spokeswoman said China expressed grave concerns to Japan after Japanese Prime Minister Shinzo Abe said his country wants to take the lead among the Group of Seven nations to issue to a statement about the situation in Hong Kong.