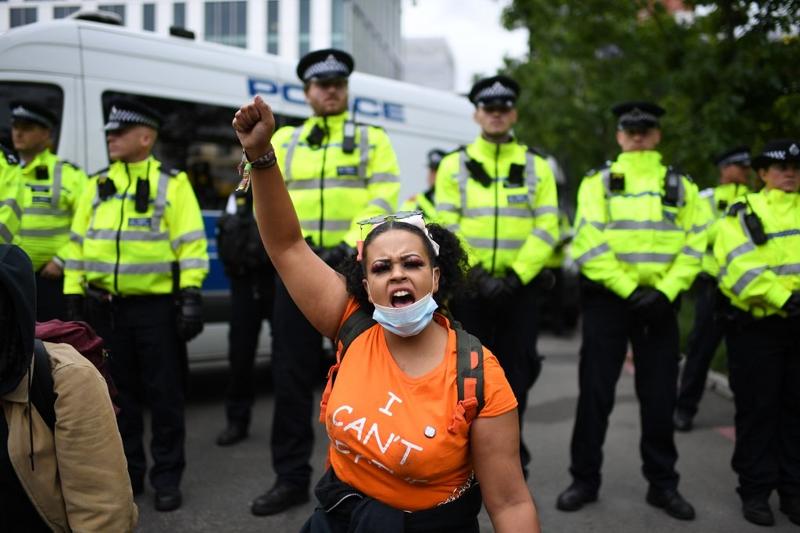 A protester shouts slogans in front of a line of police officers near the US Embassy in south west London on June 6, 2020. (PHOTO / AFP)

LONDON – Thousands of people took to the streets in European and Asian cities on Saturday, demonstrating in support of US protests against police brutality.

The rolling, global protests reflect rising anger over police treatment of ethnic minorities, sparked by the May 25 killing of George Floyd in Minneapolis after a white officer detaining him knelt on his neck for nearly nine minutes with fellow officers beside him.

Earlier, more than a thousand protesters had marched past the US Embassy, blocking traffic and holding placards. 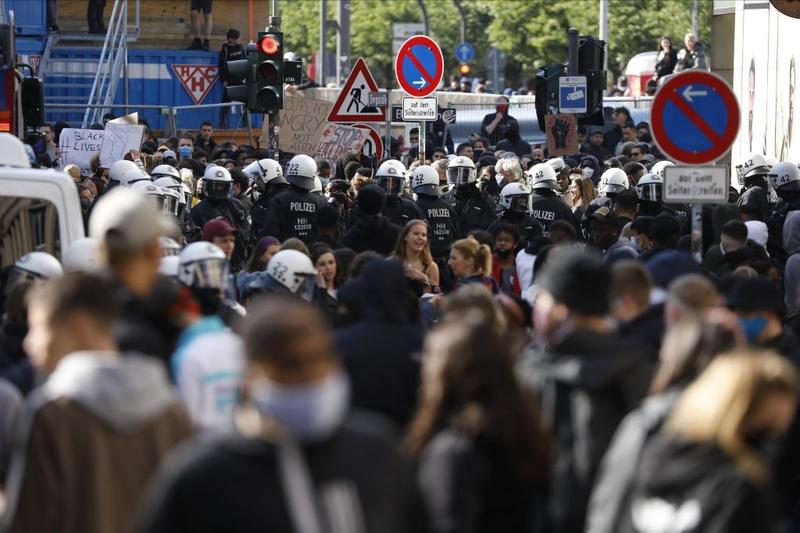 Police stands guard during a protest on June 6, 2020 in Hamburg, northern Germany, in solidarity with protests raging across the US over the death of George Floyd. (PHOTO / AFP)

ALSO READ: 5 cops shot during protests after Trump vows to bring in military

Many thousands had also crowded into the square outside parliament, holding placards reading “Black Lives Matter”, ignoring government advice to avoid large gatherings due to the risk from the coronavirus.

“I have come down in support of black people who have been ill-treated for many, many, many, many years. It is time for a change,” said 39-year-old primary school teacher Aisha Pemberton.

Police in the German city of Hamburg used pepper spray on protesters and said they were ready to deploy water cannons. One officer was injured, they added.

In Paris the authorities banned demonstrations planned outside the US Embassy and on the lawns near the Eiffel Tower.

However, several hundred protesters, some holding “Black Lives Matters” signs, gathered on Place de la Concorde, close to the Embassy. Police had installed a long barrier across the square to prevent access to the embassy, which is also close to the Elysee presidential palace.

In Berlin, demonstrators filled the central Alexanderplatz square, while there was also a protest in Warsaw.

In Brisbane, one of several Australian cities where rallies were held, police estimated 10,000 people joined a peaceful protest, wearing masks and holding “Black Lives Matter” placards. Many wrapped themselves in indigenous flags, calling for an end to police mistreatment of indigenous Australians.

Banners and slogans have focused not just on George Floyd but on a string of other controversies in different countries as well as mistreatment of minorities in general.

In Sydney, a last-minute court decision overruling a ban imposed because of the coronavirus allowed several thousand people to march, with a heavy police presence.

In Tokyo, marchers protested against what they said was police mistreatment of a Kurdish man who says he was stopped while driving and shoved to the ground. Organisers said they were also marching in support of the Black Lives Matter movement. 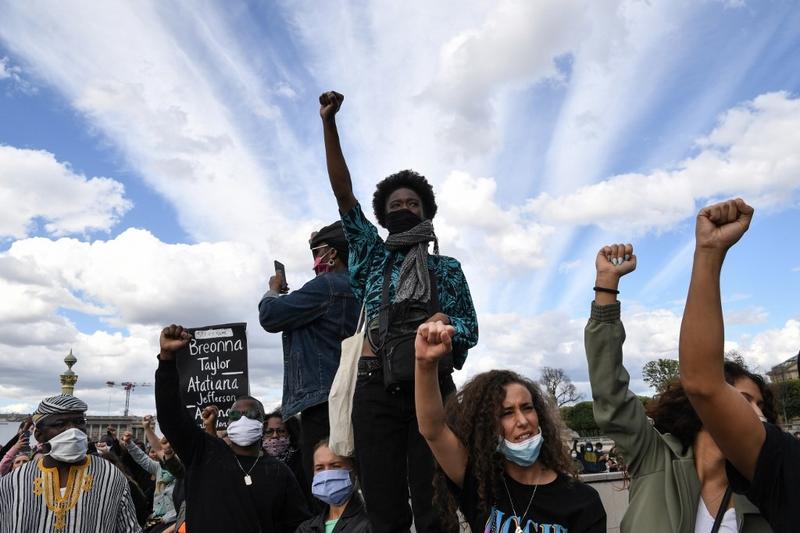 Demonstrators raise a fist on the place de la Concorde near the US embassy compound, in Paris on June 6, 2020. (PHOTO / AFP)

“I want to show that there’s racism in Japan now,” said 17-year-old high school student Wakaba, who declined to give her family name.

In Seoul, dozens of South Korean activists and foreign residents gathered, some wearing black masks with “Can’t breathe” in Korean, echoing George Floyd’s final words as he lay on the ground.

In Bangkok, activists avoided coronavirus restrictions by going online, asking for video and photos of people wearing black, raising their fists and holding signs, and explaining why they supported the Black Lives Matter movement.

Protesters were expected to gather in Washington for a huge demonstration on Saturday as demonstrations across the United States entered a 12th day.