Security legislation for HKSAR will not affect rights, freedoms 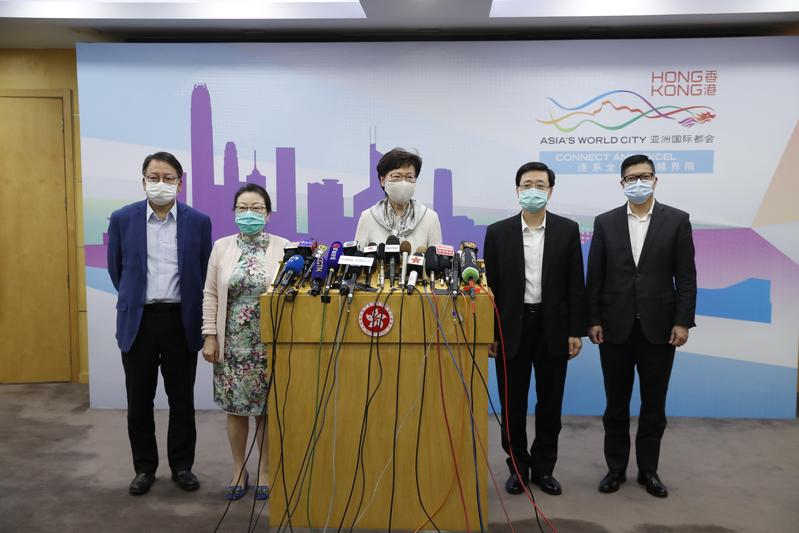 The national security legislation for the Hong Kong Special Administrative Region will not affect the various rights and freedoms of local residents as it will only target a very small number of people whose criminal acts endanger national security, a senior official said on Wednesday.

Vice-Premier Han Zheng, who heads the coordination group of Hong Kong and Macao affairs of the Communist Party of China Central Committee and the central government, made the remark during a meeting with Hong Kong Chief Executive Carrie Lam Cheng Yuet-ngor in Beijing to hear opinions from the SAR government on the legislation.

Han reiterated that the central government is determined to fully and faithfully implement the “one country, two systems” principle and safeguard national security.

The national security legislation for the Hong Kong SAR has the fundamental purpose of safeguarding national sovereignty, security and development interests as well as the enduring peace and long-term prosperity and stability of the region, he said.

It will also ensure the sound and sustained implementation of “one country, two systems”, he added.

He underscored that the opinions of all sectors in Hong Kong society will be taken into consideration during the lawmaking process.

During a news briefing in Beijing following the meeting, Lam said the SAR government will fully support the legislative process, adding that it is in accordance with the central government’s constitutional obligation and showed its care for Hong Kong.

She urged Hong Kong communities to voice their opinions on the proposed law and pledged to relay these opinions to the central government in a timely manner.

The central government plans to collect more opinions from Hong Kong society, such as other SAR government officials, the president of the SAR’s legislature and legal experts, as well as the deputies to the National People’s Congress and members of the National Committee of the Chinese People’s Political Consultative Conference from the city, she said.

It will also invite representatives from different sectors in Hong Kong to discuss the issue at seminars in Shenzhen and Beijing, she said.

She also criticized some foreign governments for adopting blatant double standards on the issue.

“It is within the legitimate jurisdiction of any country to enact laws to protect and safeguard national security. The United States is no exception. The United Kingdom is no exception,” she said. “So why should they object, resist or even condemn and introduce sanctions against Hong Kong and the People’s Republic of China for taking similar actions?”

“Hong Kong people’s confidence lies in ‘one country, two systems’ and all the strengths and competitive advantages of Hong Kong. It does not lie in what individual foreign governments have to say about Hong Kong,” Lam said.

Beijing warned the UK that its interference in Hong Kong’s affairs will “definitely backfire” in the wake of comments made by UK Foreign Secretary Dominic Raab over the national security legislation.

Foreign Ministry spokesman Zhao Lijian said at a news briefing on Wednesday that the national security legislation for Hong Kong is purely China’s domestic affair, in which no foreign country has a right to interfere, and the UK should “step back from the brink”.