With investors now cautious, startups in Asia must adapt to sustain their firms amid the downturn 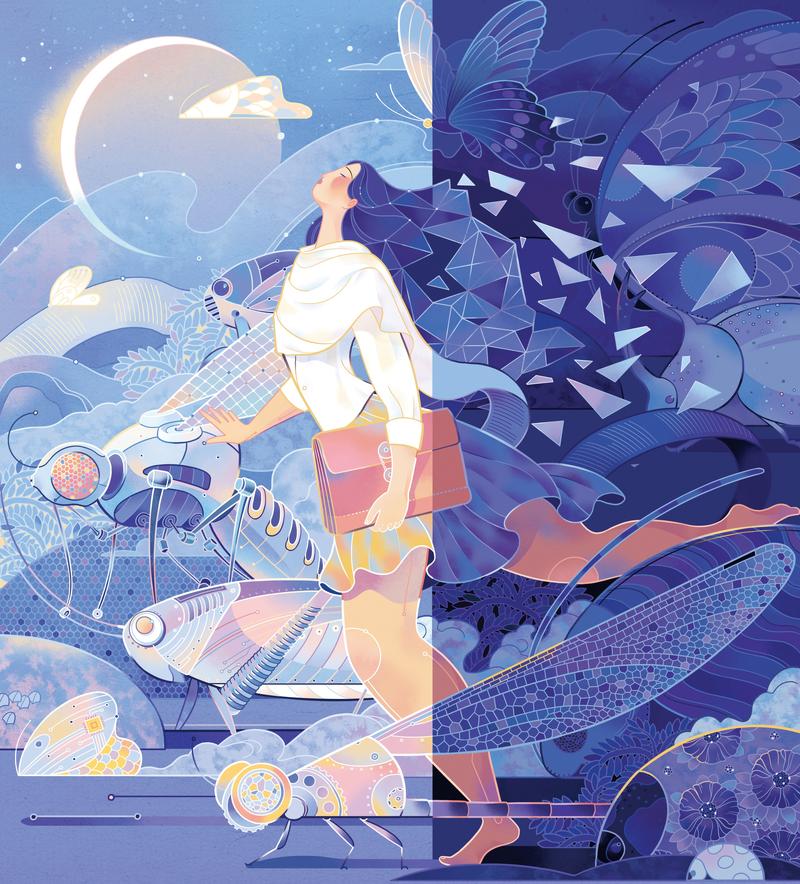 Startups are now facing a battle for survival in Asia amid the economic downturn triggered by the COVID-19 pandemic.

In the region, private market funding in the first quarter of this year is expected to have fallen 35 percent from the fourth quarter of 2019, according to a report by tech research firm CB Insights.

This is against the backdrop of a 16 percent decline in similar funding globally — the steepest quarterly fall in the past 10 years since a 36 percent plunge in the third quarter of 2012.

The decline seemed an inevitable result of the COVID-19 outbreak’s massive disruptions to the global financial market.

With the pandemic forcing a third of the world’s population to stay indoors, the International Monetary Fund predicted that global growth would enter the deepest period of recession since the 1930s. With projected growth of minus 3 percent, the world economy faces “an outcome far worse than during the 2009 financial crisis”, the IMF said in an April 14 update to its World Economic Outlook.

Fundraising is one of the biggest challenges Asian startups need to deal with due to the pandemic, said Chibo Tang, a Hong Kong-based partner with venture capital (VC) firm Gobi Partners China.

“Based on the amount of funding and liquidity available being able to adapt to the new norms and also the new constraints faced by business, a lot of companies that were previously using fresh capital to expand into new markets to launch new products would need to adapt to changes in the business environment,” said Tang, whose firm is one of the first Chinese VCs to enter the Southeast Asia region.

“Most importantly, (startups need to) control and manage their own cash flow so they can survive this period,” said Tang, pointing out that a lot of VCs have become more cautious, especially with new investments.

Even last year “we began to see a shift in investor sentiment,” Tang said, “but I think COVID-19 has really accentuated that (further).” And consumer companies that became less sought-after than deep tech companies, in the second half of 2019, would be feeling the shift in sentiment more acutely, he noted. 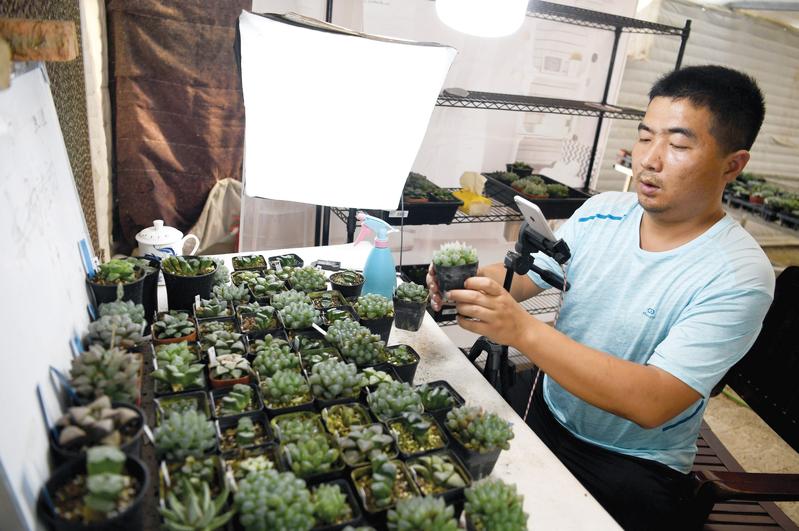 Some startups might try to roll out measures to counter the impacts of COVID-19, he said, but those that are yet to turn a profit would struggle to survive without fresh funding.

Cong-Thang Huynh, co-founder of InnoLab Asia, an open innovation platform based in Vietnam, said that only about one-third of startups it is working with can survive the ongoing turbulence in the marketplace. InnoLab Asia is an implementation partner of Open Innovation Vietnam, a national initiative to build the startup and innovation ecosystem in the country by 2025.

In addition, some of the startups that worked with the platform in Vietnam last year, “do not respond to (our inquiries) now”, said Huynh.

There are events planned by InnoLab Asia that have been disrupted by the pandemic, said Huynh. For example, the Vietnam Innovation Summit 2020, a tech event that InnoLab Asia co-hosts with Vietnam’s Ministry of Science and Technology, will be postponed from August to the first or second quarter of next year.

As with any crises, however, silver linings can be found. In Southeast Asia, leading VCs like 500 Startups — a global venture capital seed fund headquartered in Silicon Valley — are still “very actively investing” with about one investment a week in the market, according to the firm’s general partner Vishal Harnal. Based in Singapore, he oversees the firm’s investments in Southeast Asia through the “500 Durians” family of funds.

Harnal admits there is now a more cautious approach among investors, but he said: “Firms and investors will become more comfortable with COVID-19 and the opportunities that it presents. We will see firms gradually starting to pick up the pace of investment.”

Harnal said the startup ecosystem is expected to bounce back in 12 to 24 months after the outbreak ends.

“Toward the end of March 2020 … there was close to US$4 billion in dry powder sitting in Southeast Asian venture capital firms, which means that while the firms have never really navigated through a recession, everyone is sitting on a ton of capital right now that can be ready to deploy,” he said.

‘Dry powder’ is an industry term that describes the amount of cash reserves or liquid assets available for investing in new opportunities.

As of December 2019, the dry powder of the global private equity industry, including venture capital, reached a record high of US$1.43 trillion and almost double the amount available five years ago, according to a report by the alternative assets industry research firm Preqin.

Noting that there was a significant drop in regional new funding in February, Gobi Partners’ Tang said the market also needs to pay attention to the sharp increase in new funding in March, mainly because of the completion of some mega deals which had been under discussion since late 2019. 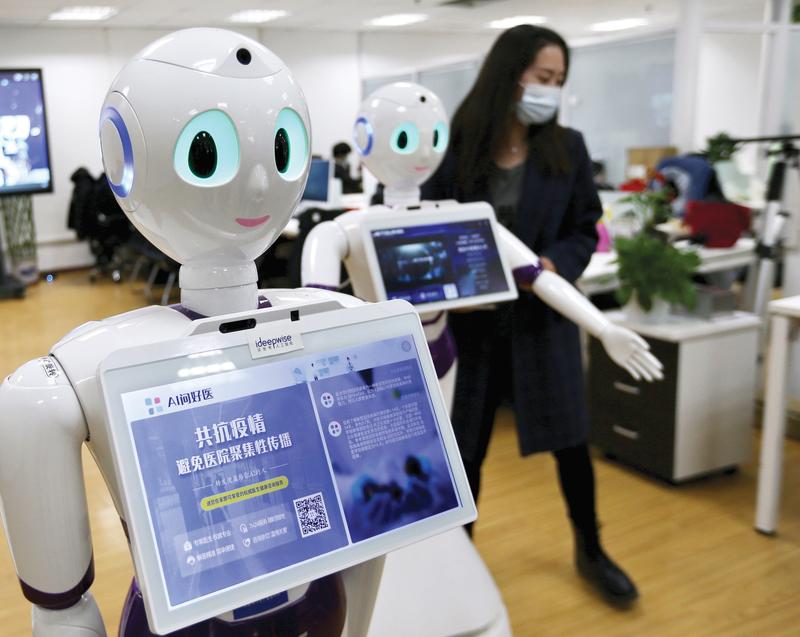 In China, startups and tech companies raised more than US$2.5 billion in March as VC funding rebounded, rising sixfold from US$410 million in the previous month, according to the Financial Times, citing data from the Asian Venture Capital Journal.

“To some degree, there will be a very quick pickup in the deployment of capital going into (the second quarter) of this year,” said Tang.

“I don’t think that there will be a dramatic decline of any significant length going forward,” he said.

“The sentiment (over COVID-19) out here in Asia is not as bad as most people would think, because in Asia, and we are seeing this in China especially, the containment of the virus has actually been fairly successful,” said Tang.

“The cities and the (regional) economy are starting to normalize … It’s still going to take some time for things to really get back to the way they were last year, but there is definite progress there,” said Tang.

Noting that it is important for governments to understand the need of companies at different stages, SEA Founder’s Laboutka said his organization is also in talks with some government bodies in Singapore and other countries to find a path to support startups.

“Startups by nature are very creative and have (a sense of) survival in their DNA as they are trying to see how they cannot just revive revenue, but also optimizing the cost side without letting go of the most important assets,” said Laboutka.

He said startups, in many ways, are showing the world how to survive during the crisis as many of these companies are used to doing remote work by design.

Seeing phenomenal growth in startups in fields including online learning, online work collaboration tools, telemedicine, as well as online grocery and food delivery, 500’s Harnal said it is important for investors to focus on the long-term development of startups, including the kind of fundamental changes caused by the COVID-19 pandemic that will sustain the businesses’ growth.

At end-March, China’s online education platform Yuanfudao announced its latest round of financing of US$1 billion, marking the country’s largest ever fundraising in the sector.

Similarly, in Vietnam, online learning platform Edu2Review witnessed a surge in the number of users, which is a dramatic shift since it used to be difficult for the startup to persuade its customers, according to InnoLab’s Huynh.

It is good to see that many startups have quickly adapted to the situation, even though some of these ventures may not be in the sectors that see higher demand during the COVID-19 outbreak, said Huynh, adding that startups in offline businesses or those affected by social distancing restrictions are also working to find innovative ways to maintain services.

To support regional startups during the pandemic, 500 Startups, together with other regional VC firms, launched an initiative in Singapore called #SupportStartups on April 1 to collate on one website promotional activities that startups are willing to offer, with the aim of collectively increasing their public exposure and generating new business.

Harnal said there are plans to expand the initiative to other Southeast Asian countries, which will provide services in local languages to get more startups on board.