By Rena Li in Toronto and Ma Si in Beijing 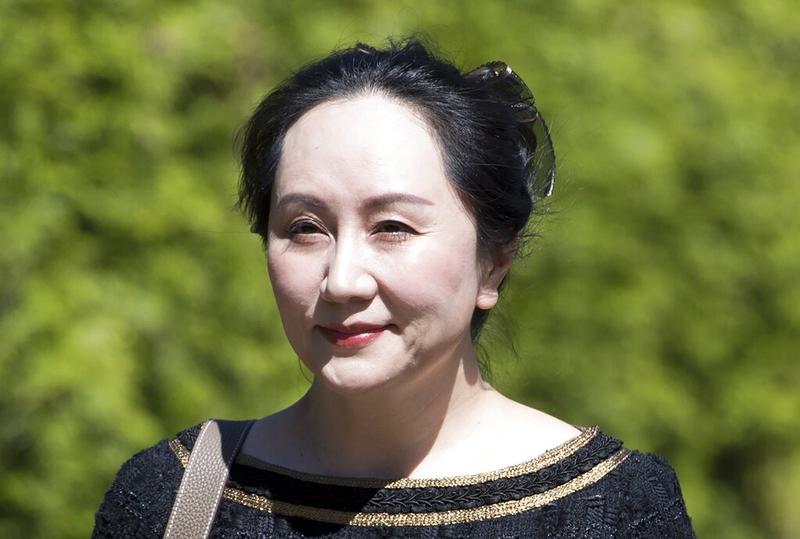 Meng Wanzhou, chief financial officer of Huawei, leaves her home to go to the Supreme Court of British Columbia in Vancouver, Canada, on May 27, 2020. (JONATHAN HAYWARD / THE CANADIAN PRESS VIA AP)

Huawei Technologies Co expressed dissatisfaction with a Canadian court's ruling regarding its chief financial officer, Meng Wanzhou, and the company said it will continue to stand with Meng in her pursuit of justice and freedom.

"Huawei is disappointed in the ruling by the Supreme Court of British Columbia. We have repeatedly expressed confidence in Meng's innocence," it said in a statement.

The comments came after the court ruled on Wednesday that the United States' extradition case against Meng can proceed in Canada, saying that the fraud charges against Meng satisfied the extradition requirement of "double criminality".

The necessary condition under the Canadian legal doctrine of "double criminality" is that the charge the subject faces would also be considered a criminal act under Canadian law.

The Chinese embassy in Ottawa responded by saying that Canada is "an accomplice to United States' efforts to bring down Huawei and Chinese high-tech companies".

Meng was accused of misleading HSBC about Huawei's relationship with a company operating in Iran, which the US government charged violated its sanctions on technology sales to Iran. Meng and Huawei have repeatedly denied the allegation.

"This case is fundamentally about the enforcement of US sanctions against Iran," the defense argued, adding that surrendering Meng to the US would "require Canada to repudiate its own laws".

READ MORE: Abuse of their extradition treaty by US & Canada is deplorable

Wednesday's decision does not necessarily mean that Meng will be extradited to the US. Rather, it will start a new round of legal arguments, including whether her arrest at Vancouver International Airport in December 2018 was unlawful.

However, of the 798 US extradition requests received since 2008, Canada has declined only 1 percent of them, according to the country's Department of Justice, the Los Angeles Times reported.

Wednesday's decision does not necessarily mean that Meng will be extradited to the US. Rather, it will start a new round of legal arguments, including whether her arrest at Vancouver International Airport in December 2018 was unlawful

Meng, the daughter of Huawei founder Ren Zhengfei, has claimed that her rights were violated at the time of her arrest. Meng has been living under house arrest in Vancouver since her apprehension in December 2018.

The court noted that Canada's minister of justice would have a chance to weigh in on whether a decision to commit Meng for extradition should be allowed to continue or would be "contrary" to Canadian values.

Commenting on the "unsurprising" result, Jiang Wenran, a visiting professor at the School of Public Policy and Global Affairs at the University of British Columbia, said it was a "bad day" for Canada and China.

"Politically speaking, I think this is a good day for the American administration, which has been trying to attack Huawei under the name of national security, and this is a part of it, so they would like to see this go further, but this is a bad day for Canada and China given the ongoing tense relations," Jiang said after the ruling while at a think tank panel discussion on the future of those relations.

It has been a year since the US government put Huawei on its "Entity List", restricting the company from purchasing US technologies. Earlier this month, the US Department of Commerce issued new rules to tighten restrictions, blocking Huawei and its suppliers from using US technologies for the design and manufacture of semiconductors.

Bai Ming, a senior research fellow at the Chinese Academy of International Trade and Economic Cooperation, said: "Huawei is the global leader in 5G. The US government's effort to contain Huawei is the fight for supremacy in the future tech world."

Heng Weili in New York and Reuters contributed to this story.