Abuse of their extradition treaty by US & Canada is deplorable 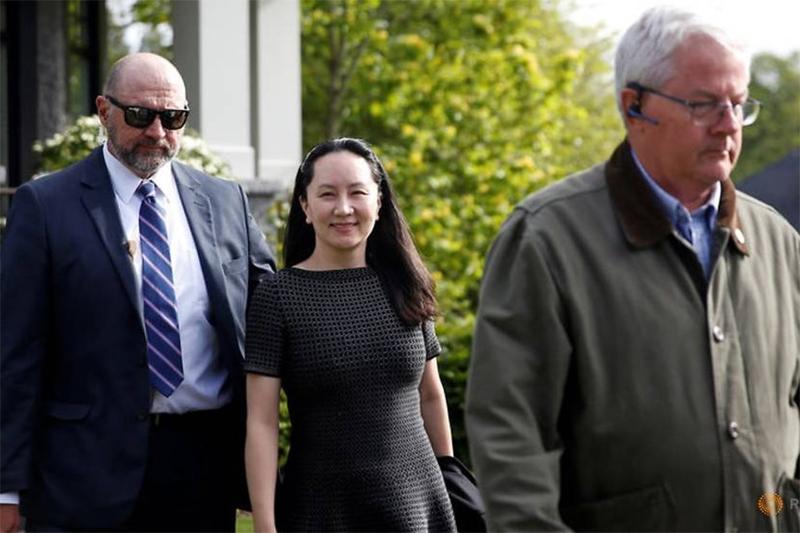 Justice was trampled upon once again when the British Columbia Supreme Court in Canada ruled on Wednesday that proceedings to extradite Huawei Chief Financial Officer Meng Wanzhou to the United States will proceed.

Meng Wanzhou was arrested in Vancouver in Dec 2018 at the request of the US which, using its long-arm jurisdiction, accused her of bank fraud to sidestep US sanctions against Iran to enable a Huawei subsidiary to sell telecom equipment in that country

The decision effectively dashed hopes of an end to the incident and a mending of Canada-China relations. Instead, it risks pushing Sino-Canadian relations - already heavily strained because of Meng's arrest - further toward breaking point.

The decision was made despite repeated calls by the Chinese government for Meng to be released because the charges against her have been fabricated. The hounding of Meng is part of the US witch hunt against the Chinese telecommunications equipment giant, which Washington is doing all it can to strangle.

Although the court said the ruling in no way makes a determination on whether there is sufficient evidence to justify extradition - that question will be decided at a later stage in the proceedings - British Columbia Supreme Court Justice Heather Holmes said that her decision had been based on the conclusion that the case met the standard of the so- called rule of "double criminality" – which means the allegation that Meng is facing in the US should also be considered a crime in Canada.

Yet it was telling that Holmes said in her ruling that although Canada did not have economic sanctions against Iran at the time, the sanctions used by the US "were not fundamentally contrary to Canadian values".

The ruling means the US and Canada are continuing to abuse their bilateral extradition treaty to attack Huawei.

What was also telling was the US thanking the Canadian government "for its continued assistance" in this matter.

As the Chinese embassy in Ottawa said in a statement expressing China's "strong dissatisfaction and firm opposition to the decision", Canada is "acting as an accomplice of the US" in its attempts "to bring down Huawei and other Chinese high-tech companies".

Ottawa is trying to portray itself as innocent of any wrongdoing, claiming it is a legal matter that should be left to the courts. Yet its move to arrest Meng was quite clearly politically motivated - or perhaps it would be more accurate to say economically motivated, since it came when it is was engaged in trade talks with Washington. It should have acted with caution to avoid being dragged into Washington's shenanigans.

Meng was arrested in Vancouver in December 2018 at the request of the US which, using its long-arm jurisdiction, accused her of bank fraud to sidestep US sanctions against Iran to enable a Huawei subsidiary to sell telecom equipment in that country.

The intensified clampdown on Huawei and other Chinese high-tech companies by the US following Meng's arrest has further exposed Washington's intention to dent China's technological edge at all costs. Just days ago the US extended its technology export restrictions on Huawei, in a bid to isolate the company completely from global chip supplies.

It is deplorable that rather than maintaining neutrality and level-headedness, Canada has chosen to act at Washington's beck and call.

Ottawa should realize that entangling itself in the Washington-initiated geopolitical and economic confrontation against China will not serve Canada's best interests.

Meng's case will now move to the second phase, as yet unscheduled, when her defense will challenge the lawfulness of her arrest.

But the latest court ruling is a big disappointment, as it was a chance for Canada to mend its battered ties with China.

That opportunity has been squandered. Canada will now have to bear the consequences that will surely arise.