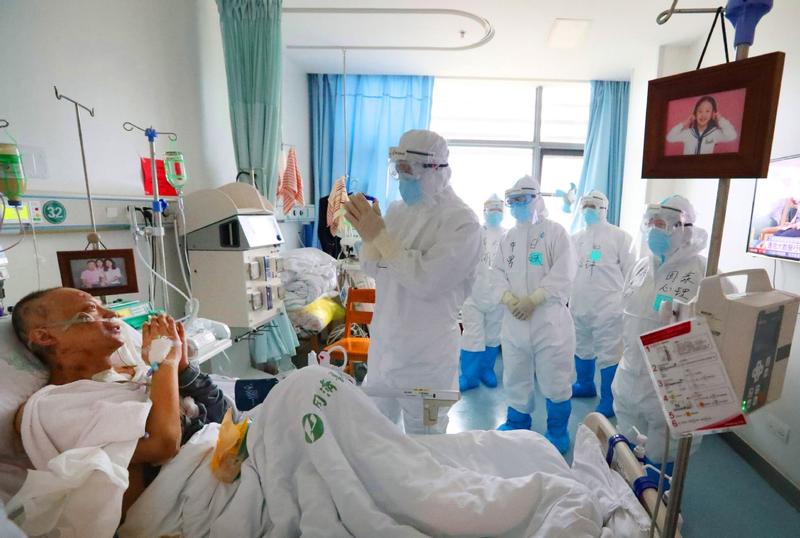 The decisions were made as the epidemic situation is dwindling in China and are in accordance with relevant laws and regulations.

Central China's Hubei Province, the former epicenter of the epidemic in the country, downgraded its novel coronavirus emergency response level from the highest to the second-highest starting May 2, marking that the virus spread is "basically cut off" in the province after more than three months of precise and tight prevention and control.

As of Thursday, Hubei had seen no new confirmed COVID-19 cases for 34 consecutive days.

From April 30, Beijing, the Chinese capital, also lowered its emergency response from the top level to the second level.

As of Thursday, the overall confirmed cases on the Chinese mainland were 82,886, including 260 patients who were still being treated, 77,993 people who had been discharged after recovery and 4,633 people who died of the disease.

Chinese health authority said Friday that it received report of one new confirmed COVID-19 case on the Chinese mainland Thursday.

The new case was domestically transmitted in Jilin province and no new imported cases were reported Thursday, the National Health Commission said in its daily report.

Altogether 36 people were discharged from hospitals after recovery Thursday, while the number of severe cases decreased by five to 18

Three suspected cases imported from abroad, all in Shanghai, were reported.

No deaths were reported Thursday on the mainland, according to the commission.

Altogether 36 people were discharged from hospitals after recovery Thursday, while the number of severe cases decreased by five to 18.

By Thursday, the mainland had reported a total of 1,680 imported cases. Of the cases, 1,461 had been discharged from hospitals after recovery, and 219 remained hospitalized with five in severe conditions. No deaths from the imported cases had been reported.

The commission said six people, all from overseas, were still suspected of being infected with the virus.

The commission said 854 asymptomatic cases, including 71 from overseas, were still under medical observation

Also on Thursday, 16 new asymptomatic cases, all domestic ones, were reported on the mainland. No cases were re-categorized as confirmed cases, and 42 such cases, including 10 from overseas, were discharged from medical observation, according to the commission.

The commission said 854 asymptomatic cases, including 71 from overseas, were still under medical observation.

A total of 944 patients in Hong Kong, 40 in Macao, and 347 in Taiwan had been discharged from hospitals after recovery.