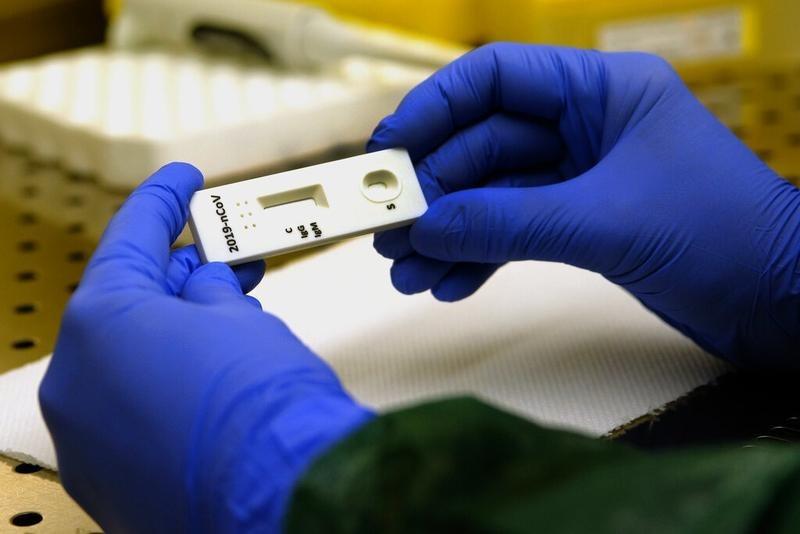 Experts from the World Health Organization and the United States, including intelligence analysts, have contested some US politicians' claims that the novel coronavirus originated in a Chinese research laboratory.

We have not received any data or specific evidence from the United States government relating to the purported origin of the virus, so from our perspective this remains speculative

The Trump administration last week claimed that it had proof that the virus came from the Wuhan Institute of Virology.

Secretary of State Mike Pompeo told media on Sunday that they have "tremendous" evidence that the Chinese lab was the source.

In response to their claims, Mike Ryan, WHO health emergencies executive director, told a virtual briefing on Monday that Washington had provided no evidence to support the claims.

"We have not received any data or specific evidence from the United States government relating to the purported origin of the virus, so from our perspective this remains speculative," Ryan said.

US Congresswoman Judy Chu accused Trump of blaming China for the pandemic as a strategy to deflect criticism from his administration's handling of the outbreak. The US now has more COVID-19 cases than any other country.

"It's clear that President Trump is trying to continue to use this anti-China focus (for) his election campaign," Chu said during a webinar on Friday. "Right now, this president is actually trying to get votes by being anti-Chinese."

The Trump administration and some US politicians have been promoting the lab-leak theory since the pandemic first emerged. US intelligence agencies are reportedly facing pressure from senior administration officials to explicitly link COVID-19 to the Wuhan lab.

Matthew Pottinger, Trump's deputy national security adviser, has asked intelligence agencies since January to look into the lab theory, according to The New York Times. But intelligence officers didn't find any evidence.

Scientists have largely agreed that the virus most likely jumped from infected animals to humans, and that chances are low that a lab accident sparked the outbreak.

"The best evidence shows the virus behind the pandemic was not made in a lab in China," said Anthony Fauci, director of US National Institute of Allergy and Infectious Diseases, according to the National Geographic published on Monday.

Researchers in the US, the UK and Australia published a paper in the journal Nature Medicine in mid-March that concluded: "Our analyses clearly show that SARSCoV-2 (the virus that causes COVID-19) is not a laboratory construct or a purposefully manipulated virus."

Jonna Mazet, an epidemiologist at the University of California, Davis, who has worked with and trained researchers at the Wuhan Institute of Virology in the past, said a lab accident was "highly unlikely".

Some researchers at the Wuhan lab, including virologist Shi Zhengli, have collected, sampled and studied bats as part of a coordinated global effort to monitor viruses, said Mazet, who knows Shi from when they worked together on a pandemic early-warning program.

"Samples collected from bats get immediately split between some vials that contain chemicals that deactivate the virus and other containers that leave the virus alive," said Mazet, who worked with the lab to develop "very stringent" safety protocols.

All samples are then dunked into liquid nitrogen on the spot, which freezes them. Then the vials are disinfected and transported to the lab. There, scientists wearing personal protective equipment load them into a freezer set to-80 C.

Shi's work in the lab was above reproach, Mazet said.

Mazet said she's concerned that Trump's persistent discussion of the lab release theory could affect scientific cooperation and information-sharing between the US and China.