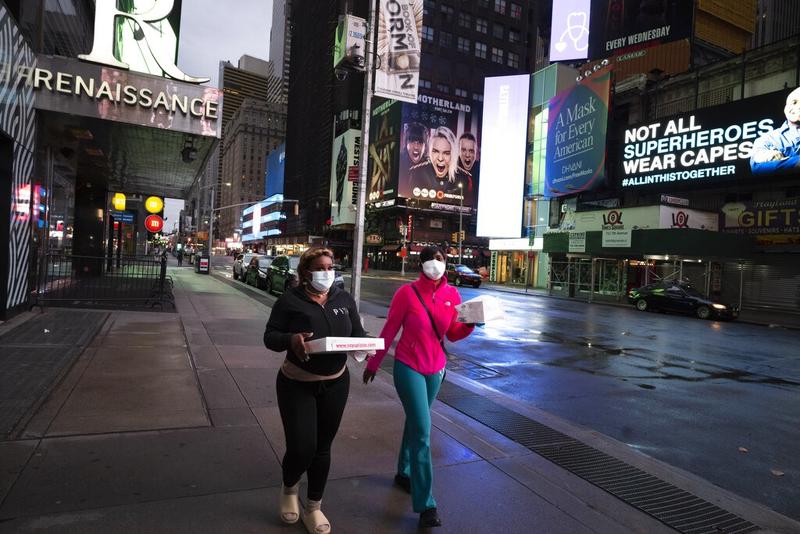 Scientists, governments and the World Health Organization have rebutted the notion that the novel coronavirus that caused COVID-19 originated in a Wuhan lab.

“All available evidence suggests the virus has an animal origin and is not manipulated or constructed in a lab or somewhere else,” WHO spokeswoman Fadela Chaib said at a Geneva news briefing on April 21.

“It is probable, likely, that the virus is of animal origin,” Chaib said, adding it was not clear how the virus jumped the species barrier to humans but there had “certainly” been an intermediate animal host.

Her views were echoed by Takeshi Kasai, WHO regional director for the Western Pacific, who warned against speculation. “I think at this stage it’s not possible to determine the precise source, but available evidence suggests that it has an origin from animals,” Kasai said at a virtual news conference on April 21.

Dennis Carroll, a renowned US infectious disease expert and former director of the US Agency for International Development’s Emerging Threats Division, dismissed the belief that the virus came from a lab.

“Everything, everything points to this being not only a natural virus, but its introduction into the human population was not by way of a laboratory,” he told CNN’s Christiane Amanpour on April 21.

Dr Anthony Fauci, director of the US National Institute of Allergy and Infectious Diseases and a member of the White House Coronavirus Task Force, also rejected the theory that the virus was created in and escaped from a Chinese lab.

Back in the US state of California, Santa Clara County confirmed that two patients had died with the novel coronavirus, or COVID-19, many days earlier than the previous reported first death from the disease in the United States.

According to a statement issued on April 21 by the county’s Emergency Operations Center, the medical examiner-coroner performed autopsies on two individuals who died at home on Feb 6 and Feb 17, and received testing results from the Centers for Disease Control and Prevention (CDC) on April 21, which showed both were positive for COVID-19.

Initially, the country’s earliest novel coronavirus death was thought to have occurred on Feb 29 in Kirkland in Washington State. The statement indicated the fatal virus might have spread in the country weeks earlier than previously thought.

In January and most of February, there was little, if any, community testing in California. “The virus was freewheeling in our community and probably has been here for quite some time,” Jeff Smith, a physician who is the chief executive of Santa Clara County government, told county leaders in a recent briefing.

Smith was quoted by local media that data collected by the federal CDC, local health departments and others suggest it was “a lot longer than we first believed” — most likely since “back in December”.

“This wasn’t recognized because we were having a severe flu season,” Smith said. “Symptoms are very much like the flu. If you got a mild case of COVID, you didn’t really notice. You didn’t even go to the doctor. The doctor maybe didn’t even do it because they presumed it was the flu.”

Xinhua and Agencies contributed to the report.