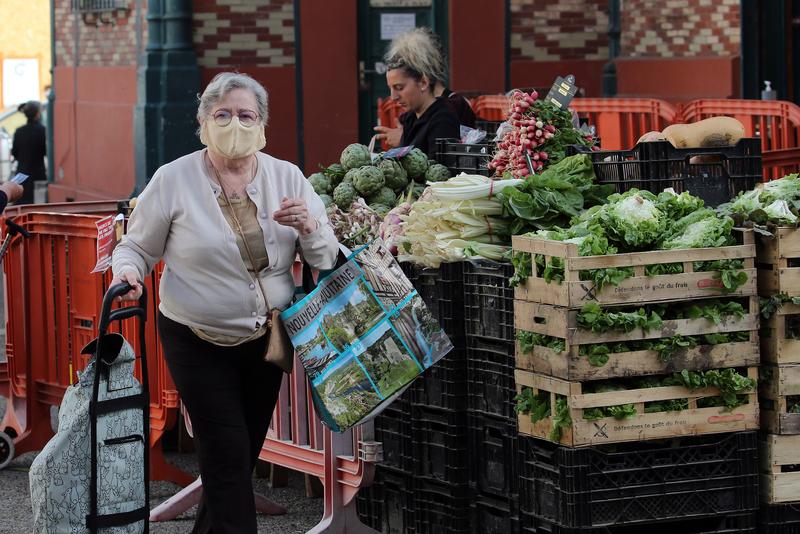 A patient hospitalized with flu-like symptoms at the end of December in France turned out to have had COVID-19, a finding that suggests the new coronavirus was spreading there at least a month earlier than official records show.

The finding contradicts official statistics, which show the first COVID-19 cases in France occurred in people who returned from Wuhan, China, at the end of January

The 42-year-old fishmonger showed up at a hospital near Paris on Dec 27 with a cough, headache and fever and was treated with antibiotics and discharged after two days. Doctors found he had COVID-19 by retroactively testing his respiratory samples along with those from a handful of hospitalized patients, describing their work in a case report.

The finding contradicts official statistics, which show the first COVID-19 cases in France occurred in people who returned from Wuhan, China, at the end of January. They also raise questions about how the patient was infected. Virologists who studied the main strains of the virus circulating in France last month concluded that they probably didn’t come directly from China or Italy, and had been spreading undocumented for some time.

“Identifying the first infected patient is of great epidemiological interest as it changes dramatically our knowledge regarding Sars-CoV-2 and its spreading in the country,” Yves Cohen, the head of intensive care at two large hospitals northeast of Paris, and colleagues wrote in the report. “Moreover, the absence of a link with China and the lack of recent travel suggest that the disease was already spreading among the French population at the end of December.”

The researchers said official numbers, which peg COVID-19 cases at 203,253 in France, probably underestimate the disease’s impact, and that their findings could “change our understanding of the dynamic of the epidemic.”

A spokesman for the World Health Organization said other countries may make similar discoveries by running new tests on samples from patients who were sick in December and January.

“It’s the old story of the deeper you look, the more you find,” WHO spokesman Christian Lindmeier said at a press briefing Tuesday.

Cohen and his team reviewed medical records of patients admitted from early December to mid-January. The researchers selected 14 frozen respiratory samples from people with COVID-19-like symptoms who hadn’t tested positive for other coronaviruses or the flu. When one came up positive for Sars-CoV-2, they confirmed the result with another more powerful test that checked the quality of the sample.

The patient, a man born in Algeria who hadn’t traveled there since August, had a medical history of asthma and type 2 diabetes.

He came to the emergency ward on Dec 27 with a blood-stained cough, headache and a fever that had developed over the previous four days. A CT scan of his lungs was opaque, a sign of tissue damage and abnormalities. He was admitted to intensive care, treated with antibiotics and discharged on Dec 29 after getting better.

One of the man’s children reportedly had flu-like symptoms before his developed. It’s likely that “many asymptomatic patients were not diagnosed during January 2020 and contributed to the spread of this epidemic,” the authors wrote.