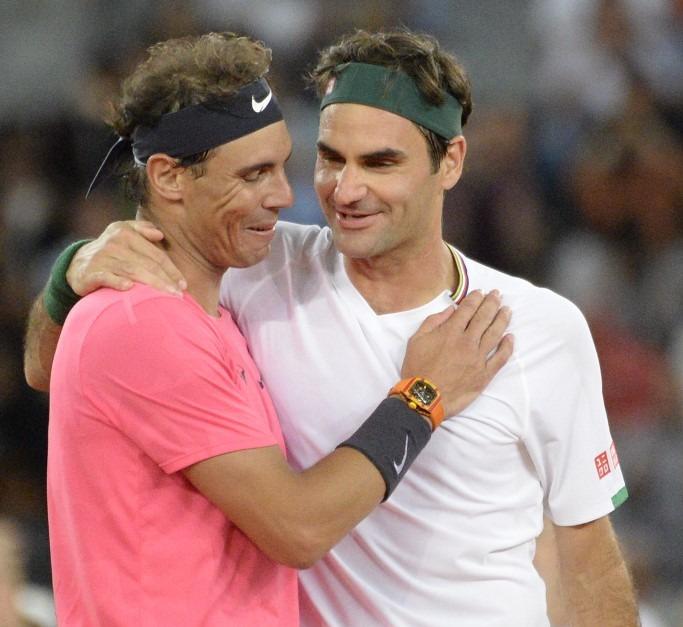 In this Feb 7, 2020 photo, Switzerland's Roger Federer (right) hugs Spain's Rafael Nadal (left) during their tennis match at The Match in Africa at the Cape Town Stadium, in Cape Town. (RODGER BOSCH / AFP)

I am not talking about merging competition on the court, but merging the 2 governing bodies (ATP and WTA) that oversee the men's and women's professional tours.

20 Grand Slams winner Federer was the first to suggest the merger on his Twitter feed.

"Just wondering ... am I the only one thinking that now is the time for men's and women's tennis to be united and come together as one?" Federer said.

"I am not talking about merging competition on the court, but merging the 2 governing bodies (ATP and WTA) that oversee the men's and women's professional tours."

"I agree, and have been saying so since the early 1970s. One voice, women and men together, has long been my vision for tennis. The WTA on its own was always Plan B. I'm glad we are on the same page. Let's make it happen. #OneVoice," King tweeted in echoing Federer's proposal.

Nadal supported his long-time rival Federer on this notion. "Hey @rogerfederer as you know per our discussions I completely agree that it would be great to get out of this world crisis with the union of men's and women's tennis in one only organisation," Nadal said.

Federer and Nadal believed a merger tennis could emerge stronger from the coronavirus lockdown which has seen the sport shut down, with Wimbledon cancelled for the first time since World War II and the French Open pushed back to the end of September.