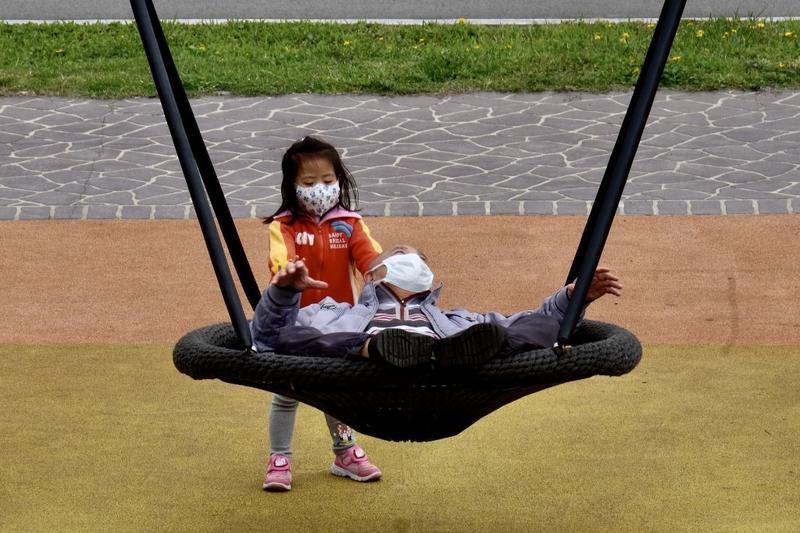 A young girl and her grandpa wearing face masks, amid concerns of the COVID-19 coronavirus, play at a park in the Muzha District in Taipei on April 6, 2020. (SAM YEH / AFP)

Among the island's confirmed COVID-19 cases, 326 were imported. A total of 67 confirmed patients have recovered, and five died

Two of the new patients, both women, were believed to have contracted the virus during their visits to Spain and Indonesia. The third woman was believed to be infected locally, the agency said in a press release.

The infection source of the local case remained unclear, the statement added.

Among the island's confirmed COVID-19 cases, 326 were imported. A total of 67 confirmed patients have recovered, and five died.

To close loopholes of quarantine rules, the agency announced a new fine of 300,000 new Taiwan dollars (about US$9,964) on those who are under home quarantine but refuse to follow social distancing such like inviting friends to visit or throwing parties.

According to the agency, the number of people taking COVID-19 tests has surged after the four-day tomb-sweeping holiday that saw an increasing flow of travelers across the island.