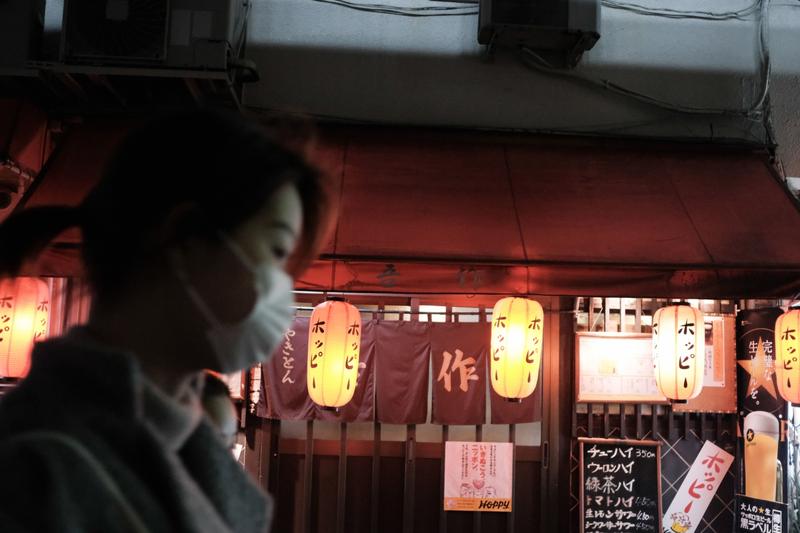 A pedestrian walks past an izakaya bar in the Shinjuku district of Tokyo, Japan, April 4, 2020.  (SOICHIRO KORIYAMA / BLOOMBERG)

Prime Minister Shinzo Abe’s government will deploy a two-phase stimulus package to help workers and businesses in Japan survive the impact of the coronavirus pandemic, according to a government document obtained by Bloomberg.

The first phase, expected to be announced as soon as later Monday, aims to stop job losses and bankruptcies. Once the virus is contained, a second round of aid will try to support a V-shaped economic recovery, according to a draft of the plan. The document didn’t provide numbers on the overall size of the package.

“The details of the measures and the numbers involved are being debated until the last minute,” ruling party policy chief Fumio Kishida said Monday. “The final total package size and its key points will be relayed by the prime minister.”

The plan comes as Abe faces increasing pressure to declare a state of emergency amid a jump in infections in Tokyo. Economists see a deep Japanese recession ahead, with export markets paralyzed, the summer Olympics postponed and the country’s capital facing the prospect of stronger stay-at-home requests.

Abe’s ruling party last week proposed the country’s biggest-ever stimulus package to fight the virus. The 60 trillion yen (US$554 billion) plan includes fiscal measures worth 20 trillion yen, with more than 10 trillion yen to be used for handouts to households. That followed the announcement of cash handouts in the US by President Donald Trump.

According to the document, Japan is planning to distribute 300,000 yen to lower income households that have lost pay because of the virus. Households with children will also get aid.

Economists see a deep Japanese recession ahead, with export markets paralyzed, the summer Olympics postponed and the country’s capital facing the prospect of stronger stay-at-home requests

For businesses, the measures offer larger subsidies for firms that keep workers on the payroll. Companies hit by the virus will be able to defer income and regional tax payments for a year. Some smaller businesses will see their property taxes cut back as far as zero.

For now, Japanese employment figures have been holding up. The country’s jobless rate held at 2.4% in February, but there’s been a sharp drop in the ratio of available positions to the lowest level in three years. More recent developments showed a rapid up-take of emergency loans via a government program for people who have lost their jobs or face wage cuts.

The document showed the government planning a second phase of measures once the virus itself is brought to heel. While these measures are less well-sketched out, they include steps to increase consumer spending and tourism, and subsidies for regional economies.

Over the coming days, the finance ministry is expected to finalize an extra budget and decide how much more government debt needs to be issued to fund rescue efforts. Analysts see the government’s debt burden rising as it fights the economic fallout from the virus.