Mandatory quarantine for all entering S. Korea from Apr 1 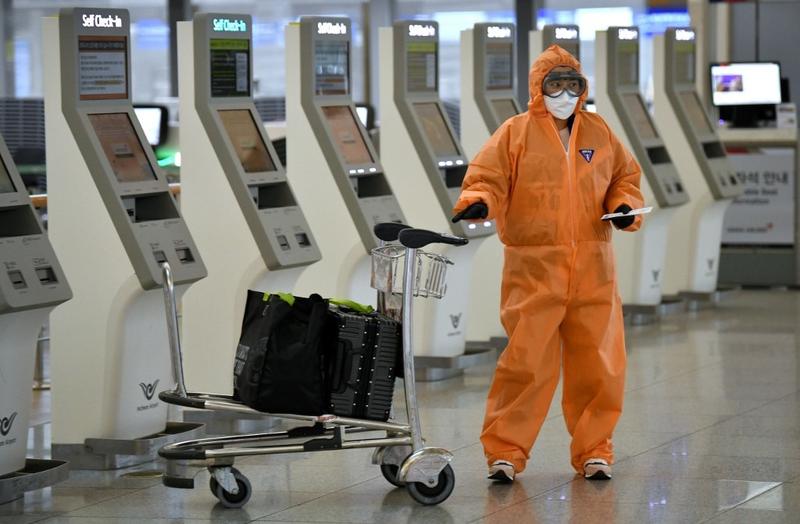 SEOUL/DUBAI/MANILA/MELBOURNE/ KUALA LUMPUR/RIYADH/JAKARTA/NEW DELHI/ISLAMABAD/VIENTIANE – South Korea will require all entrants from overseas to quarantine for two weeks, beginning April 1, to help prevent COVID-19 cases from being imported, the prime minister announced on Sunday.

Chung Sye-kyun, while addressing a meeting to discuss measures against coronavirus outbreak, said that the quarantine will be mandatory for all entrants from overseas, regardless of nationality and region.

The South Korean government already tightened immigration procedures for people arriving from Europe and the United States, but additional measures were required given the rapid spread of the COVID-19 across the world, said the PM.

Visitors without local addresses will be forced to stay in quarantine at government-designated facilities at their own expense, he added.

South Korea's confirmed cases grew 105, raising the total number to 9,583, data showed Sunday. Of the new cases, 21 were detected at the airport.

Iran’s death toll from the coronavirus has risen to 2,640 and the number of infected people has reached 38,309, a health ministry official tweeted on Sunday.

“In the past 24 hours we had 123 deaths and 2,901 people have been infected, bringing the total number of infected people to 38,309,” tweeted Alireza Vahabzadeh, an adviser to Iran’s health minister. “12,391 people infected from the virus have recovered.”

Iran’s Health Ministry spokesman Kianush Jahanpur told state TV that “some 3,467 of those infected are in critical condition”.

The total number of COVID-19 infections in Japan has risen to 1,799, authorities said Sunday. Of the new cases, 68 were confirmed in Tokyo, which has confirmed more than 430 cases.

The death toll in Japan from the pandemic stands at a total of 65, including 10 from the virus-hit Diamond Princess cruise ship. 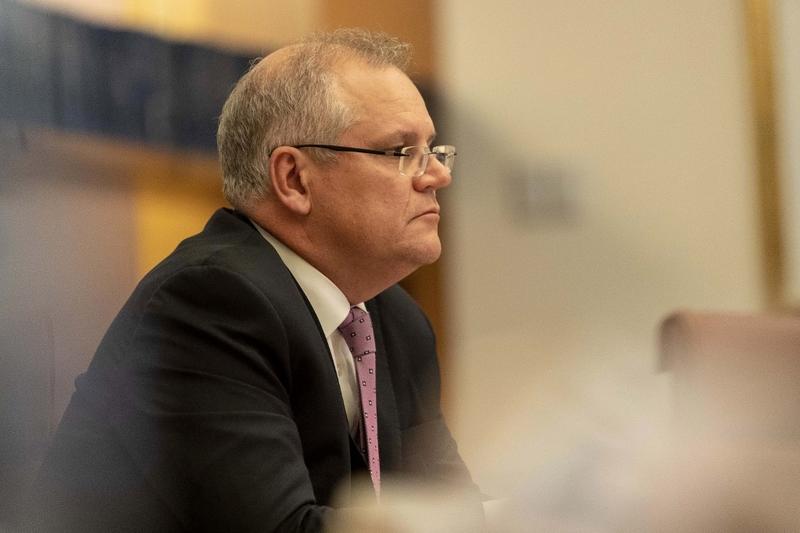 Australia’s rate of the spread of the novel coronavirus has halved in recent days, Prime Minister Scott Morrison said Sunday as he announced an additional A$1.1 billion (US$680 million) to expand telemedicine care and other health services.

The daily increase in cases in recent days was at about 13 percent-15 percent, down from 25 percent-30 percent seen a week ago, showing social distancing measures were working, he said.

The country’s health minister, Greg Hunt, said at the same briefing that there are some “positive, early signs of flattening of the curve” of the spread of COVID-19.

According to the latest official data from the health ministry there were 3,809 confirmed cases of coronavirus in Australia early on Sunday, 431 more than in the previous day.

Fourteen deaths were attributable to the virus, according to health ministry data, and there were media reports of another two deaths on Sunday morning.

Singapore canceled the passport of one of its citizens who was found to have breached a requirement to quarantine himself after returning from overseas.

The man arrived by ferry from Batam, Indonesia on March 19, and left again for Indonesia the same day despite being issued a notice to stay home for 14 days, according to an emailed statement from the Immigration & Checkpoints Authority. He returned to Singapore on March 24 and was issued a second notice.

Singapore's Ministry of Health announced that a patient has passed away from complications due to COVID-19 infection Sunday, bringing the total deaths relating to the coronavirus there to three.

The 70 year-old male Singapore citizen had a history of hypertension and hyperlipidaemia with no recent travel history to affected countries and regions.

Malaysia reported 150 new coronavirus cases on Sunday, taking the total to 2,470, the highest in Southeast Asia.

The number of deaths from the virus outbreak rose by seven to 34, the health ministry said.

Saudi Arabia said on Sunday it was extending indefinitely the suspension of international passenger flights and workplace attendance in both public and private sectors among efforts to contain the spread of the coronavirus. 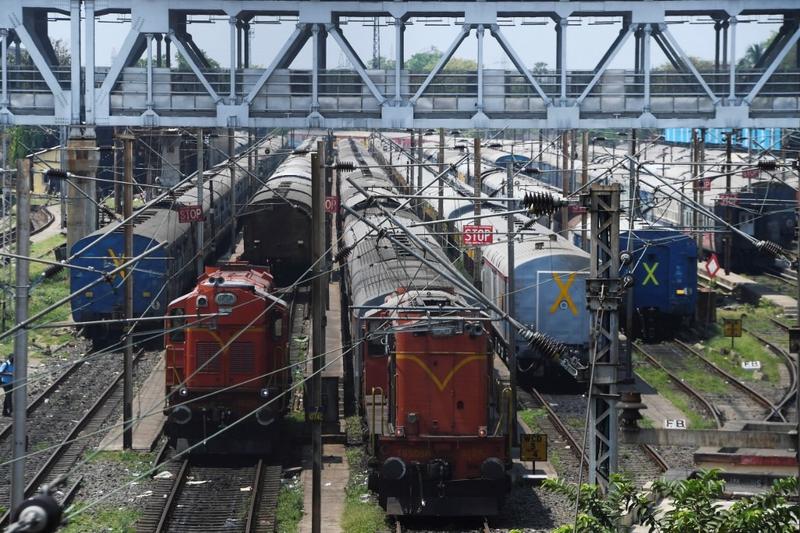 Trains are seen parked at a station during a government-imposed nationwide lockdown as a preventive measure against the COVID-19 disease in Indian city of Kolkata, March 28, 2020. (DIBYANGSHU SARKAR / AFP)

The death toll from COVID-19 in India Sunday rose to 25 as the number of confirmed cases in the country increased to 979, the federal health ministry said.

The announcement came a day after India said it was planning to turn some railway coaches into isolation wards for patients with coronavirus, as authorities scramble to prepare its health infrastructure for an expected surge in cases.

PM Narendra Modi asked the country’s 1.3 billion people this week to stay indoors for three weeks in the world’s biggest lockdown, seeking to curb the spread of the illness. India’s network of trains, the country’s lifeblood, has been idled.

One train coach has been turned into a prototype quarantine facility, state-owned Indian Railways said in a statement on Saturday.

Once they get clearance, the plan is for each of India’s railway zones to convert 10 coaches into such wards every week, the company added. Indian Railways has 16 zones, according to its website.

New Zealand recorded its first death related to the new coronavirus, and the number of people infected with the virus rose by 63 cases to a total of 514, Director-General of Health Ashley Bloomfield said on Sunday.

Bloomfield said the woman who died was in her 70s and was initially diagnosed with influenza.

A team of Chinese medical experts, along with medical materials, arrived in Lao capital Vientiane by a chartered plane Sunday morning to assist Laos to fight COVID-19 pandemic.

The Indonesian government said Sunday the death toll of COVID-19 in the country climbed to 114, the highest in Southeast Asia. The number of confirmed cases jumped to 1,285.

Capital city Jakarta, home to some 10 million people, suffers the most number of COVID-19 deaths in the country, totaling 68, followed by West Java where 19 patients died.

Pakistan’s police on Saturday arrested 38 prayer leaders and mosque officials for violating a ban on congregational prayers even as cases swelled to over 1,400 in the country.

“(They will) advise our health care specialists in the light of their experience and success in battling COVID-19 in China,” the statement read. China has already given Islamabad testing kits, masks, protective gear and other medical equipment.

The Parliament of Maldives has decided to conduct its sittings online with a total of 92 members to maintain social distancing amid the COVID-19 pandemic, local media reported Sunday.

The Maldives Parliament's General Purpose Committee has passed a policy to continue Parliament sittings via a web conference which will include the participation of 87 parliamentarians as well as the Secretary-General, Counsel General, Sergeant at Arms, and other administrative staff.

Myanmar's Foreign Affairs Ministry has temporarily suspended all types of visas for foreign nationals from all countries with effect from March 29 till April 30 to prevent COVID-19 spread.

Myanmar has reported eight confirmed cases of COVID-19 in the country so far.

In Nepal, more than 600 European tourists were evacuated on charter flights on Saturday, authorities said, but thousands more are still waiting to be brought home by their countries.

“This will leave between 8,000 and 10,000 tourists still stranded due to lockdown in Nepal,” said Dhananjay Regmi, the chief of Nepal’s tourism board.