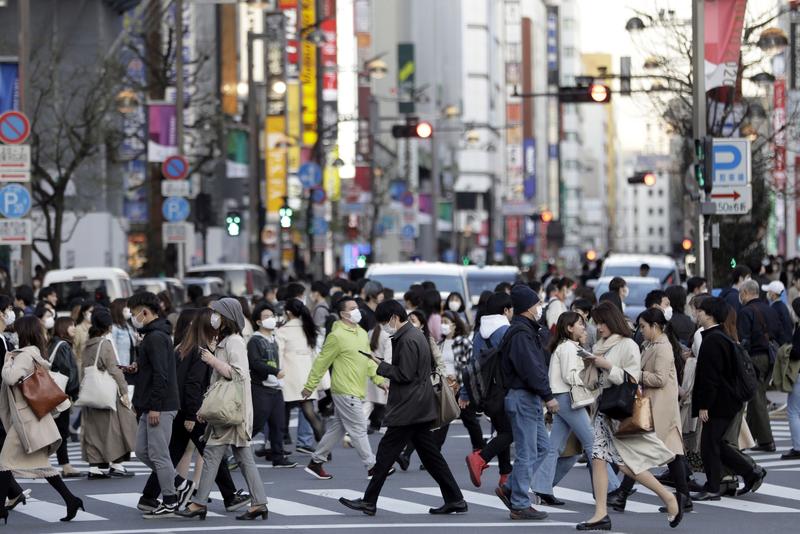 With Prime Minister Shinzo Abe teetering on the brink of declaring a state of emergency over the coronavirus, Tokyo is bracing for a critical weekend that could determine whether Japan can continue to sidestep the surge in outbreaks that have crippled other rich nations.

While businesses have shuttered their doors across the US, UK and Europe, Japan has been an archipelago of calm. Throngs of people ventured outside in warm weather over the past three-day weekend to admire cherry blossoms, shop in arcades and dine in restaurants even as millions of others across the globe took shelter, venturing outside only to seek out provisions.

A week later, more than 30 million people in the greater Tokyo metropolitan area are being asked — though not forced — to stay at home. The big question is whether infection numbers continue to creep higher as they have over the past week, spurring Governor Yuriko Koike to call on the residents to avoid unnecessary trips outdoors for two weeks. Surrounding areas followed suit, and told their citizens not to travel to Tokyo.

“This weekend is a crucial test,” said Kenneth McElwain, a professor at the University of Tokyo’s Institute of Social Science who specializes in public opinion. “If the number of reported cases in Tokyo continues to go up, then we may see greater demand for the national government to step in.”

Relatively speaking, Japan has been unscathed, with only around 1,500 confirmed cases in a country of more than 120 million

Japan reported more than 100 new cases on Friday, the largest one-day increase since January, according to the health ministry. The Defense Ministry sent troops to help quarantine at Narita International Airport on Saturday, and to transport people entering the country to shelters where they will be tested for the virus.

More than 60 new cases were confirmed in Tokyo on Saturday, the biggest daily increase, Kyodo News reported, citing an official it didn’t identify. There were at least 40 new infections of the virus in each of the previous three days, according to official figures. That spike has made the capital the epicenter of the outbreak in a country that so far has avoided the worst of the pandemic.

“I’d like to ask residents to refrain from being in enclosed spaces, crowded places or close contact with each other until April 12,” Koike said at a news conference. “I want the people of Tokyo to keep calm and buy only what they need, and to understand that we’re taking these necessary measures to protect their lives, and the lives of their loved ones.”

Abe is due to hold a news conference at 6 pm in Tokyo later on Saturday.

The rising numbers and Koike’s exhortation appear to have changed the mood, even fueling panic buying in supermarkets across the capital. Even so, it’s difficult to gauge how effective the move will be, given that she lacks the legal authority available to leaders in other nations to force businesses to close or keep people at home. 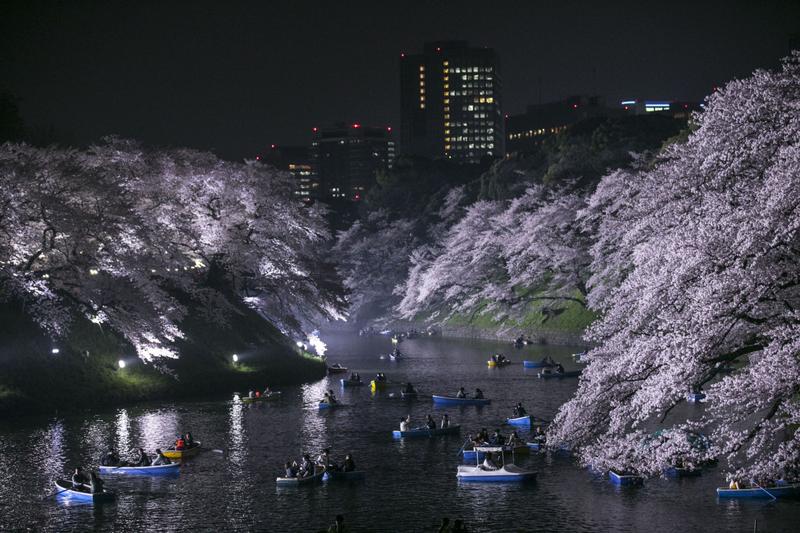 I’d like to ask residents to refrain from being in enclosed spaces, crowded places or close contact with each other until April 12

At stake is whether Tokyo’s citizens heed the warning — and whether the city might end up like New York, another major international metro area that’s been broadsided by the outbreak. One concern is younger Japanese — the most likely group to be asymptomatic spreaders of the infection — ignoring Koike’s call.

“Even though the governor made this request, people are going out at night,” Hideo Yamada, a lawyer, said on a Fuji Television broadcast. “The problem will be how much of that happens this weekend.”

ALSO READ: Tokyo residents stock up to hunker down for the weekend

Hiroshi Yasuda, a shopper in Sugamo, said the call from Koike was too weak. “People aren’t going to take it seriously,” he said, adding that he’s been avoiding trains and drinking out less. “They’re stricter in the West. They need to close the busy districts in Ueno, Shibuya and Shinjuku!”

Spring weekends are usually a festivity of eating and drinking, coming at the peak of the cherry blossom-viewing season. Many have speculated that the crowds of last week may have even led to the recent jump in new infections. As a result, perhaps, Koike has blocked access to some of the capital’s most famed cherry blossom spots this weekend, including the parks of Ueno and Yoyogi, where drunken revelers congregate for “hanami” parties.

The banks of the cherry blossom-lined Meguro river, another popular hanami hotspot, were less crowded than usual Thursday evening. Illuminations have been canceled, and areas where people normally sit and drink were cordoned off with rope. Instead of beer, many were conspicuously carrying packs of toilet paper, which had been restocked at the nearby Don Quijote supermarket.

Abe reiterated Friday that Japan does not yet need to declare a state of emergency, which would give regional authorities greater power to close businesses and issue shelter-in-place directives. Even so, that might not be enough, according to Yamada. “Under Japanese law, even if an emergency is declared, you can ask people to refrain from doing things, but there is no power to punish them,” he said.

Under Japanese law, even if an emergency is declared, you can ask people to refrain from doing things, but there is no power to punish them

That would include citizens like Emi Satake, a company worker, who said she was moving house on Sunday and had no intention of altering her plans. “I’m not changing it,” she said. “That’s the only day I can do it so it can’t be helped.”

Some businesses are responding to the call. Starbucks Corp. will close hundreds of stores in Tokyo and nearby prefectures this weekend. Toho Co. will shutter its cinemas, while retailing giant Aeon Co. will close its malls. Even the iconic Shibuya 109 teen fashion department store will stay closed. The voluntary steps are reminiscent of those taken in the aftermath of the 2011 earthquake and nuclear plant explosion, when companies and households responded to calls to reduce power consumption.

To a certain extent, Koike and Abe, for now, are relying on the country’s propensity to follow orders, according to McElwain.

“If Governor Koike’s request to avoid unnecessary mingling actually alters people’s behavior, then it may well be the case that social pressures are quite strong here, even without legal penalties,” he said. “That many department stores, movie theaters, and the like, are shutting down or reducing hours suggests that ‘shaming’ is a powerful deterrent.”

Panic buying after Koike’s speech on Wednesday also jolted many out of their complacency, with shoppers seeking not just toilet paper and masks, but instant noodles and canned foods. In a widely shared tweet, the National Supermarket Association of Japan criticized media coverage of the stockpiling, saying that logistics chains weren’t impacted, stores would remain open and shelves would soon be replenished.

Nature may even lend a helping hand. The Japan Meteorological Agency is predicting a turn in the weather, with recent high temperatures set to halve by Sunday. Even better, late-season snowfall is forecast for the metropolitan area.