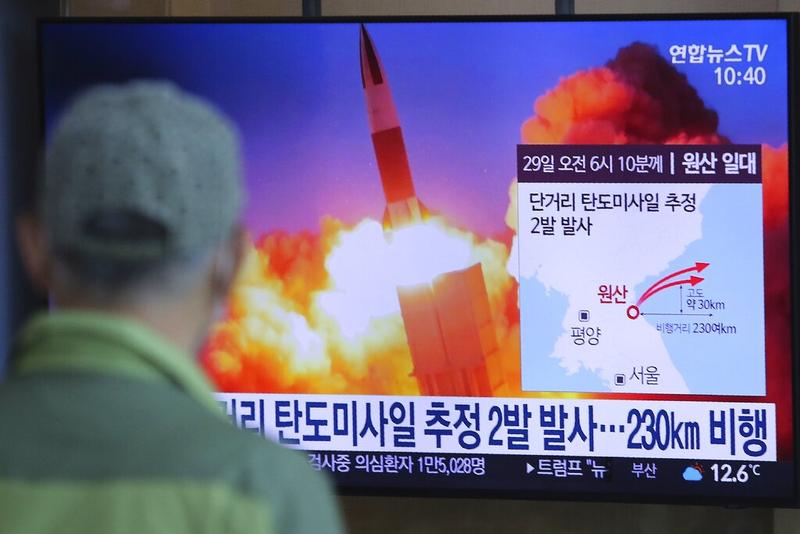 A man watches a TV screen showing a file image of the Democratic People’s Republic of Korea's missile launch during a news program at the Seoul Railway Station in Seoul, the Republic of Korea, March 29, 2020. (AHN YOUNG-JOON / AP)

SEOUL – The Democratic People's Republic of Korea (DPRK) fired two short-range unidentified projectiles into the eastern waters on Sunday, according to the Republic of Korea's Joint Chiefs of Staff (JCS).

The JCS said in a statement that the projectiles, believed to be short-range ballistic missiles, were launched near the DPRK's eastern coastal town of Wonsan toward the East Sea at about 6:10 am local time.

The projectiles flew about 230 km at an altitude of around 30 km. The intelligence authorities of the ROK and the United States are making a precision analysis on further details, the JCS noted.

It was the DPRK's fourth launch of the projectiles this year. The latest test-firing was conducted on March 21.

The JCS urged the DPRK to immediately stop such military acts that are very inappropriate, adding that the ROK military maintained a defense posture while closely monitoring relevant situations in preparation for possibly additional launches.