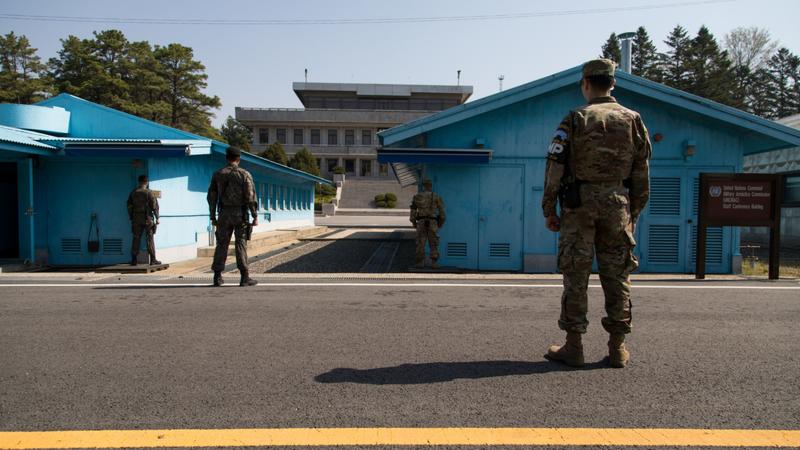 SEOUL - Union leaders representing South Korean support workers for the US military demonstrated on Friday outside the United States embassy as a disagreement over cost-sharing threatens to relegate thousands of employees to unpaid leave next month.

The longtime allies are embroiled in a dispute over how much each should pay to support the roughly 28,500 US troops stationed in South Korea, a legacy of the 1950-53 Korean War that ended in an armistice, rather than a peace treaty.

“The United States should immediately stop this illegal behavior that takes an ally’s military situation and the livelihood of the laborers as hostage,” said Kim Dong-myeong, the head of the Federation of Korean Trade Unions.

US President Donald Trump has repeatedly demanded that South Korea pay much more than its current contribution of about US$900 million to the troop costs.

The two countries held a seventh round talks in Los Angeles this week, nearly three months after the last “special measures agreement” expired at the end of 2019, but on Friday, South Korea said they ended with no agreement.

“The two sides still have differences in their positions, but they agreed to continue close consultations to minimize the absence of an agreement and contribute to the South Korea-US alliance,” the foreign ministry said in a statement.

With no new pact, many of the almost 9,000 South Koreans employed by the US military command will be placed on unpaid leave at the beginning of April, though US officials have said they will cover the payroll for any workers deemed essential.

“Once the unpaid leave for the 9,000 begins, not only will it threaten the survival of our South Korean workers, but also make a gap in US Forces Korea’s mission,” Choe Ung-sik, president of the USFK Korean Employees Union, told Reuters.

“A gap in USFK’s mission is a threat to South Korea’s security.”

“Without an agreed upon Special Measures Agreement, USFK is out of money and must prepare for a potential furlough,” he added, the USFK said in a statement.