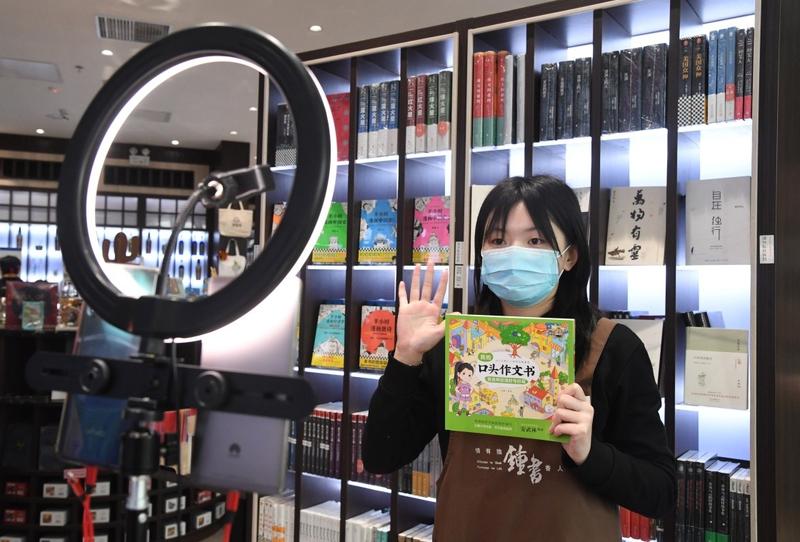 As restaurants, hotels, retailers and airlines soldier on to regain their footing in a life-or-death struggle against the coronavirus, operators of online education, internet medical care, online entertainment and telecommuting are reaping the harvest of their years-long efforts that have only recently been unleashed with full might.

The pandemic, which has forced millions to stay at home to avoid getting infected, has given way to the explosive growth of these sectors, thrusting them into the spotlight, with many convinced of their potential to drive the next round of growth amid the economic slowdown.

However, questions have been raised over whether such emerging consumption could actually turn into stable demand and become part of people’s everyday lives when the pandemic is over.

Internet medical care has turned out to be one of the best-performing players. According to data from app tracker Analysys Qianfan, the number of daily active users for single online medical consultation apps had surged by nearly 32 percent year-on-year to 6.71 million at its peak during the Lunar New Year holiday from Jan 24 to Feb 2. The trend continued in February, with the number of daily active users on major online medical consultation platforms soaring by 170,000, or 2.6 percent.

The coronavirus outbreak will lead to a significant transformation of how Chinese people spend, which will spur the new consumption mode to grow further.

Telecommuting is also leading in the race, with tech giants Tencent, Alibaba and China Mobile scrambling to gain a foothold in the new battlefield. Tencent Meeting said the number of its online meetings on Feb 10 reached 100 times the previous average daily level. Alibaba’s DingTalk said it’s serving more than 10 million enterprises and 200 million people on its platform.

Fully aware of the changes and committed to creating new engines to fuel growth in the downturn, the Guangdong provincial government has pledged support.

While the pandemic has dealt a crippling blow to the catering, tourism, retail and other industries, new modes of consumption are gaining traction, such as internet medical care and online entertainment, and could become new drivers for growth, said Huang Huadong, chief economist at the Guangdong Provincial Development and Reform Commission.

He said the provincial government will strive to create favorable conditions to guide and promote their development, like speeding up construction of the 5G network and pushing for 5G commercialization.

“New consumption driven by the public health crisis will undoubtedly decline after it’s all over. The number of new users of online entertainment, internet medical care, online fitness, fresh food e-commerce, distant learning and telecommuting platforms is expected to drop by 35 percent on average. But still, it means a 65 percent increase from last year’s level,” said Zhang, adding that the cost of adding one new user to a certain app is 60 yuan (US$8.50) on average. 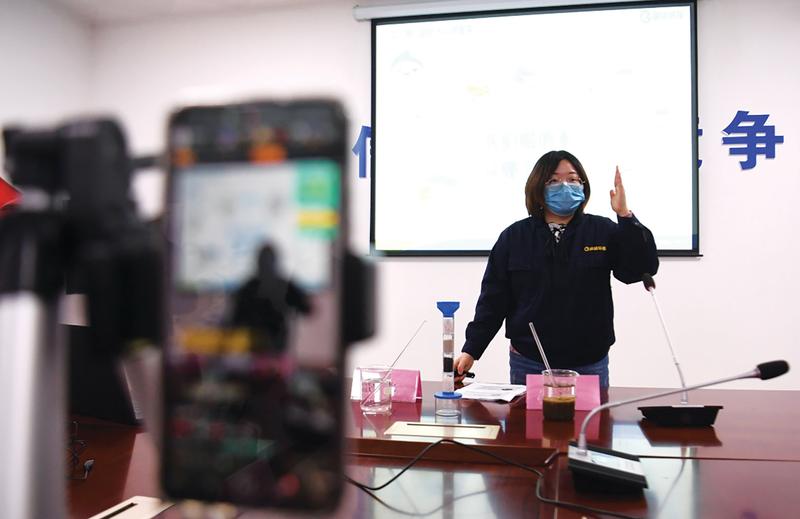 Cao Zhongxiong, executive director of the Institute of New Economy at Shenzhen-based think tank China Development Institute, believes the coronavirus outbreak will lead to a “significant transformation” of how Chinese people spend, which will spur the new consumption mode to grow further.

The concept of life could be subject to change, with people caring more about their health and moving to a slower lifestyle, he said.

“One reason for this is the impact from the coronavirus outbreak. The other is that the country’s gross domestic product per capita had hit US$10,000 last year, which means we have reached the level of a middle-income country. The improvement in the quality of living will push for bigger demand for health-related products,” Cao said.

“Meanwhile, many people, especially those in larger cities, used to lead a quick and simple life, but as the outbreak confined most people to their homes, they’re forced to cook for themselves. That’s expected to make a change, leading them to adjust their lifestyle to a slower and higher-quality mode.”

Manufacturers and service providers who are sensitive to the changes and take corresponding action will stand out in the wave, he added.

Besides the new form of consumption emerging in the digital world, a new wave of demand is also seen in physical commodities, notably, face masks. Many manufacturers have quickly changed their roles to become a member of the mask production force. They include not only large enterprises like electric-car maker BYD and electronic manufacturing giant Foxconn, but also smaller ones.

Cao warned that the explosive increase in the investment in masks and other medical supplies could lead to “overcapacity” and “ineffective investment” that could threaten cash flow and the survival of small enterprises.

“Many small enterprises have temporarily set up one or two production lines. But, once the pandemic is gone, those equipment could become excess capacity,” he said.

“For large enterprises, it’ll not be a big thing. But for small enterprises, it could be an ineffective investment that could hamper their cash flow and normal operations.”

Zhang predicts that the demand for face masks will exceed 10 billion units this year — up from 5 billion in 2019 — but will drop back to 9.2 billion by 2021. Other protective gear that is less commonly used in daily life is expected to see a drop of 20 percent on average next year.

“As other countries are still grappling with the coronavirus, the excess capacity could be digested through exports. The main issue is to enhance quality and promote innovation of the whole industry,” he said.