S. Korea, US to hold talks on defense cost sharing next week 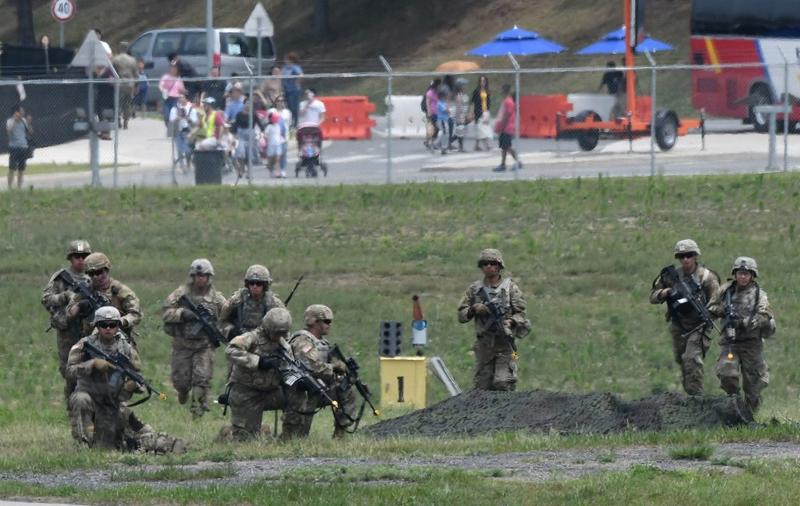 In this June 8, 2019 photo, US soldiers participate in a military tactical demonstration during a ceremony to commemorate the 75th anniversary of the Eighth US Army at Camp Humphreys in Pyeongtaek, South Korea. (JUNG YEON-JE / AFP)

SEOUL - Negotiators from South Korea and the United States will hold talks in Los Angeles next week over the sharing of the upkeep cost for the US Forces Korea (USFK), Seoul's foreign ministry said Friday.

The seventh round of negotiations for the 11th Special Measures Agreement (SMA), a South Korea-US accord to share defense cost for about 28,500 US troops stationed there, would be held in the US city on March 17-18.

The latest negotiation was held in Washington DC in mid-January.

The Seoul ministry said South Korea will closely consult with the US side to reach a mutually acceptable agreement as rapidly as possible under a basic principle of sharing the upkeep cost at a fair and reasonable level.

ALSO READ: Seoul, Washington fail to agree on cost of US troops

Under the 10th SMA, South Korea paid 1.04 trillion won (about US$850 million) last year for the stationing of US soldiers, up 8.2 percent from the previous year.

The United States reportedly demanded a sharp growth in contribution from the South Korean side for this year's defense cost.

Since 1991, South Korea has shared the upkeep cost for US forces there, including costs for South Korean civilians hired by the USFK, construction of military installations and logistics support.

The USFK said in late February that it issued an advance notice of possible furlough to South Korean employees as the cost-sharing deal remained in deadlock.