By Chai Hua and Pei Pei in Shenzhen 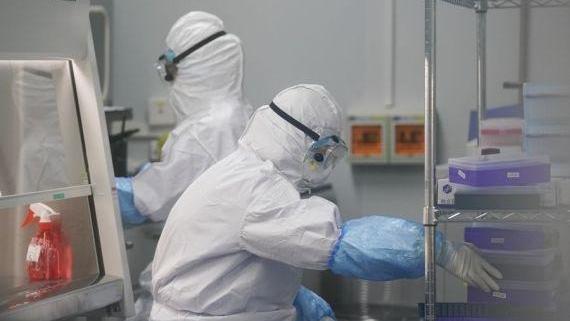 China's genomics sequencing company BGI has received international recognition and vast orders of its detection kits for the novel coronavirus, injecting strength into the global fight against the epidemic.

BGI announced on Monday that its detection kit has been awarded a CE-IVD designation－a certification for all in vitro diagnostic devices sold in Europe－giving it the stamp of regulatory approval.

To meet the urgent need for testing kits, Chinese authorities have issued approvals for 10 products that employ the nucleic acid method to test for the presence of the infection

Yin Ye, executive officer of the company, which is based in Shenzhen, Guangdong province, stated on Tuesday that international orders of the detection kit have exceeded 310,000 units from more than 26 countries and regions.
READ MORE: Key lab being built to control future diseases

"Some countries, such as Japan and Brunei, have received our product, and we are in contact with another 25 nations for more orders," he added.

BGI's test solution, approved by the National Medical Products Administration of China in January, is widely used in the country, providing a scientific basis for diagnoses of confirmed cases and discharges of recovered patients.

The life science firm has accomplished 360,000 detections of the coronavirus and established the "Huo-Yan laboratory" to accelerate testing abilities. Its first lab was built in five days in Wuhan, the epicenter of the novel coronavirus outbreak, and quickly spread to a dozen cities including Beijing, Shenzhen and Changsha in Hunan province.

Furthermore, the firm is also promoting the establishment of Huo-Yan labs abroad, with one in United Arab Emirates under construction.

Yin emphasized that some countries need a package of solutions rather than just test kits.

Sufficient supply of high-quality test kits is crucial to guarantee testing for the nucleic acid of the virus. So far, the firm has produced about 1.3 million testing kits and has a maximum production capacity of 300,000 units daily.

"China's growing power of medical equipment research and manufacturing in the last 10 years has laid a solid foundation to deal with that boom in sudden demand," Yin said.

To meet the urgent need for testing kits, Chinese authorities have issued approvals for 10 products that employ the nucleic acid method to test for the presence of the infection.

In addition, BGI announced on Tuesday that it is collaborating with Intel and Lenovo to accelerate the analysis of the genomic characteristics of the coronavirus.

Guangdong's health commission, which authorized BGI as one of its testing service providers, claimed the firm's product assisted them in examining suspected cases for early diagnosis and eased the testing pressure for primary medical and health institutions.

Besides BGI, Guangzhou-based DAAN Gene is another company that has developed the nationally approved kits. Its production capacity is 300,000 to 500,000 daily.

DAAN announced on Tuesday that its testing kits have also earned the CE-IVD designation, but it has yet to begin sales in overseas markets.