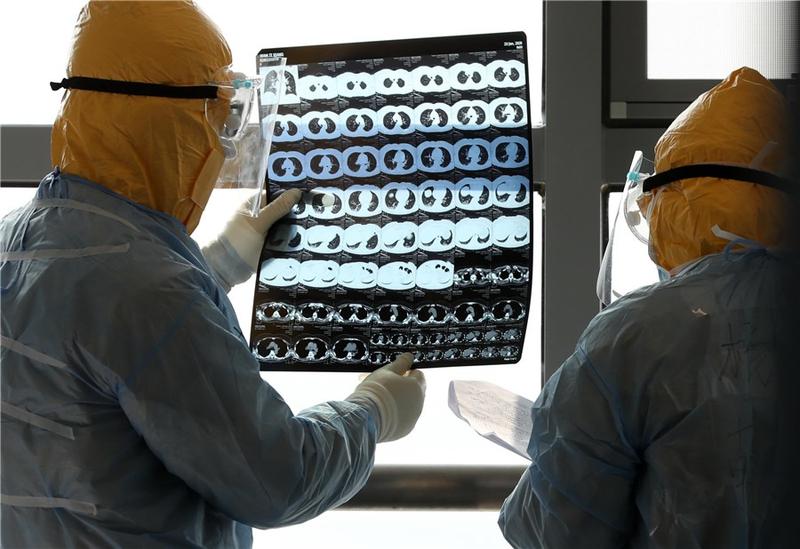 A top university in Central China is stepping up scientific research to fight the novel coronavirus, which has caused more than 2,900 deaths in China.

Huazhong University of Science and Technology, in Wuhan, capital of Hubei province, is building a national key lab on the research of zoonosis, or animal diseases that are communicable to humans, to better prevent and control such diseases in the future, Li Yuanyuan, president of the university, said on Monday.

Researchers in the lab will study such diseases, including their mechanisms of infection, process and characteristics

Li Yuanyuan, president of Huazhong University of Science and Technology

"Researchers in the lab will study such diseases, including their mechanisms of infection, process and characteristics, by taking into account humans and animals as a whole, so we may prevent, diagnose and treat such diseases at the root," he said.

Some of the viruses that have caused major disease outbreaks in recent years, such as SARS, MERS and the ongoing novel coronavirus outbreak, are believed to have originated from animals such as bats, and many experts have called for better understanding of the virus for prevention and control.

Li said scientists at the university have also been researching traditional Chinese medicines that have proved effective in treating patients of the coronavirus to aid the research and development of high quality drugs for the disease.

The university, with 10 affiliated hospitals, has devoted the largest medical resources among all universities in China to fight the outbreak.

The university itself has also suffered great losses in the outbreak－126 faculty and students have been confirmed with the disease, including more than 40 in the university's campus, and several prestigious professors have died due to the disease, he said.

Chen Jianguo, vice-president of the university, said the university has intensified research on the virus and diagnosis and treatment of the disease since its outbreak began at the end of last year.

Scientists at the university have developed antibody testing kits for the virus, so patients can be identified with the antibodies produced due to infection, he said.

Compared with nucleic acid testing, which is the most commonly used testing method for patients with the virus, antibody testing produces results faster, is easier to operate and costs less, Chen said.

In addition, research and development of drugs for the disease, including TCM drugs, is also underway, with some drugs already in clinical trials, he said.