Study: COVID-19 patients may have no fever, CT abnormality 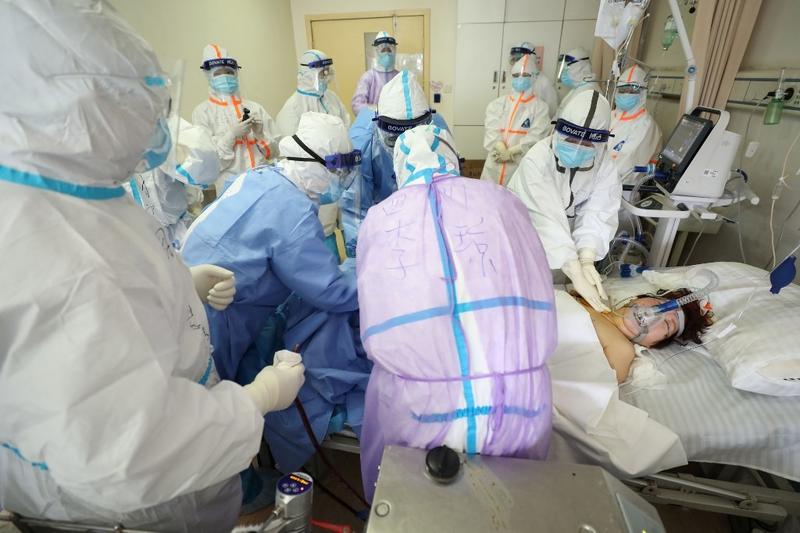 BEIJING - Chinese researchers have found that COVID-19 patients may have no fever or CT abnormality, according to a study published in the New England Journal of Medicine recently.

The study also showed that the virus could be detected in some patients' gastrointestinal tract, saliva and urine, thus it advised that more hygiene protection be taken

On the whole, fever and cough were the most common symptoms while diarrhea was uncommon, said the article with the renowned respiratory expert Zhong Nanshan as the corresponding author.

About 43.8 percent of the studied patients had a fever when they were admitted to hospital, and the rate rose to 88.7 percent during hospitalization as the disease got severe, it revealed.

The absence of fever in COVID-19 is more frequent than in SARS-CoV and MERS-CoV infection, and such patients may be missed if the surveillance case definition focuses on fever detection, it said.

The study elaborated on the clinical characteristics of COVID-19 infection based on the data of 1,099 laboratory-confirmed patients from 552 hospitals in 30 provinces, autonomous regions and municipalities across China.

On admission, about 56.4 percent of the patients were found with ground-glass opacity on chest computed tomography (CT), it said.

Lymphocytopenia was observed in most of the patients on admission.

The median age of the studied patients was 47, with a median incubation period of four days, and 41.9 percent of them were female, according to the article.

The fatality rate of the studied cases was 1.4 percent, which is similar to the national official statistics.

Only 1.9 percent of the patients had a history of direct contact with wildlife. Among the nonresidents of Wuhan, 72.3 percent had contact with people from Wuhan, including 31.3 percent who had been to the city.

The study also showed that the virus could be detected in some patients' gastrointestinal tract, saliva and urine, thus it advised that more hygiene protection be taken.

The presence of "super-spreaders" can not be precluded, it said.