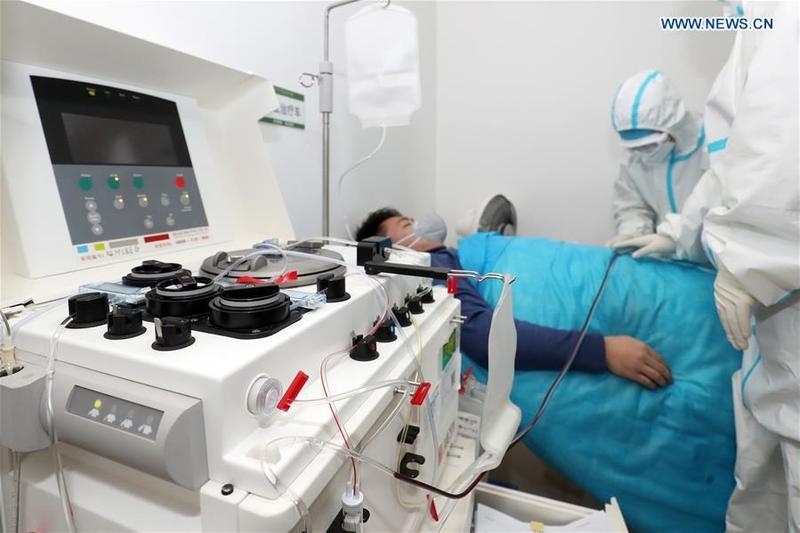 All the deaths were in Hubei province, according to the National Health Commission.

There were 125 new confirmed cases and 31 deaths reported on Monday, the National Health Commission said

Among the new infections, 114 were reported in Hubei, the epicenter of the novel coronavirus outbreak, bringing the total confirmed cases in the hard-hit province to 67,217.

Also on Monday, 2,742 people were discharged from hospital after recovery, while the number of severe cases decreased by 304 to 6,806.

The overall confirmed cases on the mainland had reached 80,151 by the end of Monday, including 30,004 patients who were still being treated, 47,204 patients who had been discharged after recovery, and 2,943 people who had died of the disease.

The commission said that 587 people were still suspected of being infected with the virus.

In Hubei, the total confirmed cases in the hard-hit province had reached 67,217, and 2,834 deaths had been reported.

The province also saw 2,410 patients discharged from hospital after recovery on Monday, bringing the total number of discharged patients in the province to 36,167.

Among the 25,050 hospitalized patients, 5,407 were still in severe condition and another 1,186 in critical condition.

Thirty-six patients in Hong Kong, eight in Macao and 12 in Taiwan had been discharged from hospital after recovery.