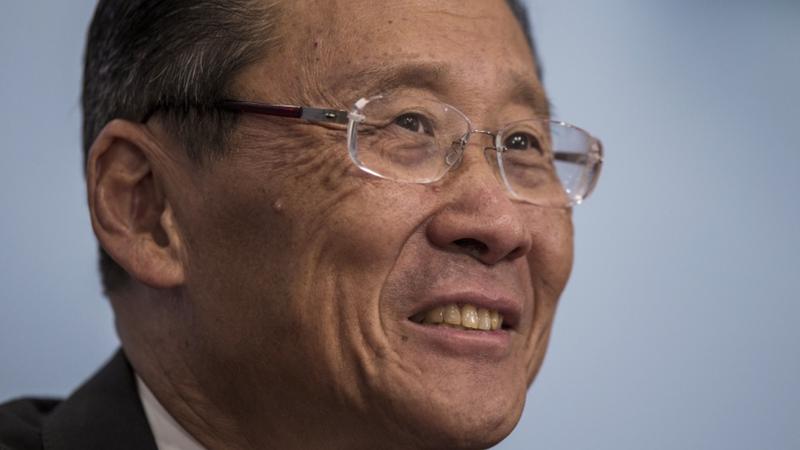 Wheelock & Co., one of Hong Kong’s largest property developers, is offering shareholders a 52 percent premium to delist and become a private company.

The Woo family, Wheelock’s largest shareholder, is offering one share each of Wharf Real Estate Investment Co. and Wharf Holdings Ltd. to Wheelock investors, according to an exchange filing Thursday. Investors will also receive HK$12 cash for every share of Wheelock they own.

The transaction aims to unlock shareholder value “through the elimination of the historical holding company discount of the company’s stake in Wharf REIC and Wharf,” Wheelock said.

The Woo family is offering one share each of Wharf Real Estate Investment Co. and Wharf Holdings Ltd. to Wheelock investors, and HK$12 cash for every share of Wheelock the investors own

Other benefits of the proposal include higher dividend income from Wharf REIC and Wharf shares in addition to a return on cash, plus enhanced choice for “shareholders through separate and direct ownership of Wharf REIC shares and Wharf shares with higher trading liquidity,” according to statement.

Wheelock holds around 66.5 percent of the issued shares of Wharf REIC and about 70.7 percent of Wharf, a property company that’s also focused on development in Chinese mainland and Hong Kong.

The offer values Wheelock shares at HK$71.90 each, the statement said. That’s 52 percent more than the last trading price before the stock was halted on Feb 24 pending the announcement.

“The number on the surface is large, but in fact the share prices of the other two companies are much lower,” Raymond Cheng, a property analyst at CGS-CIMB Securities Ltd., said. “So there’s a high chance for the major shareholder to succeed in the privatization.”

Cheng added that for Wheelock’s other shareholders, the best result would have been an all-cash deal.

“The plan has almost 85 percent of the price paid by one unit of Wharf’s shares and another unit of Wharf REIC, which are subject to market fluctuations,” he said.

Wheelock shares surged as much as 50.3% to HK$71 when trading resumed Thursday afternoon before closing up 39.7 percent at HK$66.00.

That instantly boosted Peter Woo’s net wealth by US$3.3 billion to US$15.1 billion as of market close. Woo, the patriarch of the family, was the seventh-richest person in Hong Kong as of Wednesday, according to Bloomberg Billionaire’s Index. He retired as chairman of Wheelock and Wharf in May 2015.

Wheelock has traded at a discount to its holdings in Wharf and Wharf REIC. Its combined stake in the two companies at the Feb 24 closing price was HK$123.7 billion, exceeding its own market value of HK$97 billion, according to the statement.

Wheelock is Hong Kong’s fifth-largest developer by market value. Controlled by the Woo family and founded in 1857, its projects include the ultra-luxury Mount Nicholson development on the Peak, plus a large real estate presence in Tseung Kwan O.

Over the years, Woo has been streamlining businesses within the Wharf family group. In 2016, Wharf sold telecoms company Wharf T &T Ltd. to a consortium including MBK Partners and TPG Capital. It also exited investments in I-Cable Communications Ltd., a Hong Kong cable TV operator.

The proposed privatization isn’t the first for a real estate company in Hong Kong. New World Development Co. did a similar thing in 2016 when it privatized its China unit New World China Land Ltd. to streamline overlapping business.