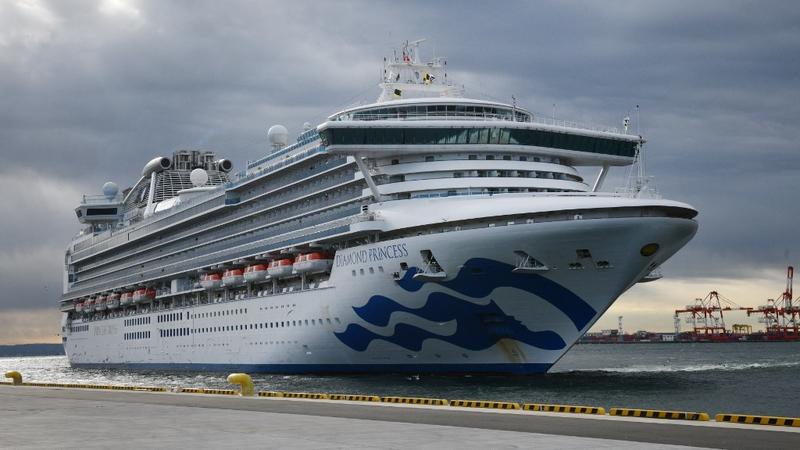 The Diamond Princess cruise ship, with over 3,700 people quarantined aboard due to fears of the new coronavirus, arrives at the Daikoku Pier Cruise Terminal in Yokohama port on Feb 6, 2020. (KAZUHIRO NOGI / AFP)

Under Secretary for Security Sonny Au Chi-kwong said the patients are being treated at various hospitals in Tokyo, while around 30 people who had close contact with them are under quarantine in Japan.

There were 364 Hong Kong passengers abroad the cruise ship when it was placed under quarantine in Yokohama, Japan on Feb 5, according to government data.

A 68-year-old man, who took the second charter flight back home, developed fever and was taken to hospital on Saturday morning

A third flight chartered by the Hong Kong government will depart Tokyo at 1:45 am on Sunday to evacuate five Hong Kong passengers from the ship. All of them were tested negative to the novel coronavirus.

On arrival at the Hong Kong International Airport, they will be sent to Chun Yeung Estate in Fo Tan for a 14-day quarantine, as did the previous two batches of Hong Kong passengers returned to the city earlier.

On Saturday, 99 Hong Kong passengers of the Diamond Princess flew back to the city from Japan. Eighty-two of them returned on the second chartered flight arranged by the government while 17 took commercial flights.

A 68-year-old man, who took the second charter flight back home, developed fever and was taken to hospital on Saturday morning, said Secretary for Food and Health Sophia Chan Siu-chee at a press briefing on Saturday afternoon.

A total of 208 Hong Kong passengers were quarantined in Chun Yeung Estate, including the 106 arrived Thursday on the first charter flight arranged by the government. Among them, a 9-year-old boy earlier developed fever but was initially tested negative for the virus.

The second flight chartered by the HKSAR government also carried three Macao residents back to the city. They were taken back to Macao by the Macao government at the airport.