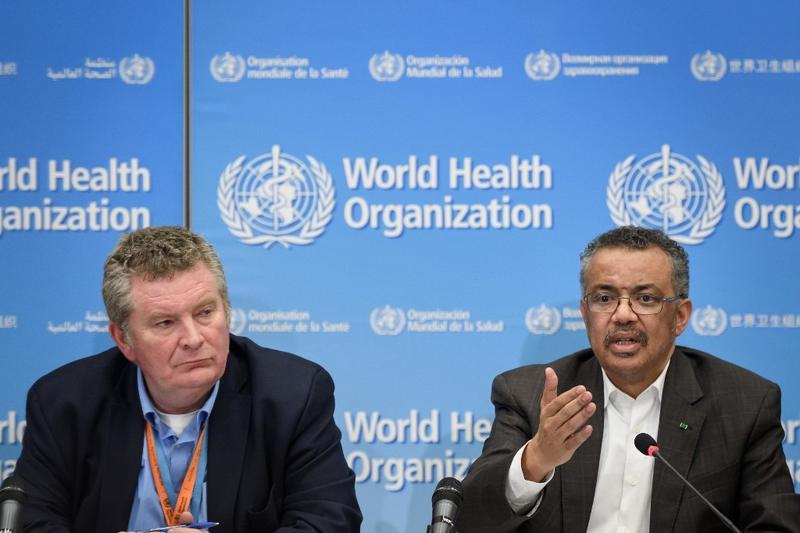 GENEVA — The World Health Organization (WHO) said Tuesday that measures to restrict people's movement in China amid the novel coronavirus outbreak (COVID-19) are a correct strategic and tactical approach, and WHO would like to see progressive implementation of public health measures.

Referring to the latest restrictive measures on people's movement in Beijing, WHO Health Emergencies Programme head Michael Ryan said what China is trying to do is “while they're getting success and putting out one fire, they don't want the fire to start somewhere else”

"This is a very good public health practice," said Dr. Michael Ryan, executive director of the WHO Health Emergencies Program, who referred to the fact that the government in China had spent a number of weeks pressuring the virus and now actively engaged in door-to-door surveillance, which has led to the number of cases dropping away lately.

"We'd like to see progressive implementation of public health measures," he underlined.

He explained that the first objective in Wuhan is to contain the virus at the epicenter, which has allowed space for much more active surveillance, and by doing so "they don't want virus to return to other places."

READ MORE: WHO chief appreciates people of Wuhan for their cooperation

Referring to the latest restrictive measures on people's movement in Beijing, the WHO expert said that the city is a central point in China for so many workers to return to, "so what China is trying to do is while they're getting success and putting out one fire, they don't want the fire to start somewhere else. So they're taking very directed measures to ensure the people returning to the city are observed and monitored."

No sustained local transmission outside China

Speaking at a daily COVID briefing, WHO Director-General Tedros Adhanom Ghebreyesus said Tuesday that no evidence so far has suggested a sustained local transmission of COVID-19 outside China, except in some specific situations like the Diamond Princess cruise ship.

ALSO READ: WHO: No big shift in epidemic despite spike in China virus cases

The WHO chief said his agency does not have enough data at the moment on cases outside China to make a meaningful comparison on the severity of disease or the case fatality rate.

"We're following up with countries to get more information about what happens about each case and the outcome," he said. "However, we have not yet seen the sustained local transmission, except in specific circumstances like the Diamond Princess cruise ship."

By the end of this week, 40 countries in Africa and 29 in the Americas are due to have the ability to detect COVID-19.

WHO to help countries test virus

Tedros said at the briefing that with WHO's support, many countries in Africa and the Americas will soon be able to test COVID-19 by themselves.

"By the end of this week, 40 countries in Africa and 29 in the Americas are due to have the ability to detect COVID-19," he said.

"Many of these countries have been sending samples to other countries for testing, waiting several days for results. Now they can do it themselves, within 24 to 48 hours."

Meanwhile, in a twitter post Tuesday, Tedros mourned the death of a Wuhan hospital chief who died of COVID-19 earlier on Tuesday.

"My deepest condolences to the family of Dr. Liu Zhiming, his colleagues and patients for this enormous loss," the WHO chief wrote on Twitter on Tuesday.

Liu "touched and saved numerous lives in the COVID-19 outbreak," Tedros said in his post, adding that "my thoughts are with them and all the front-line health workers fighting the virus."