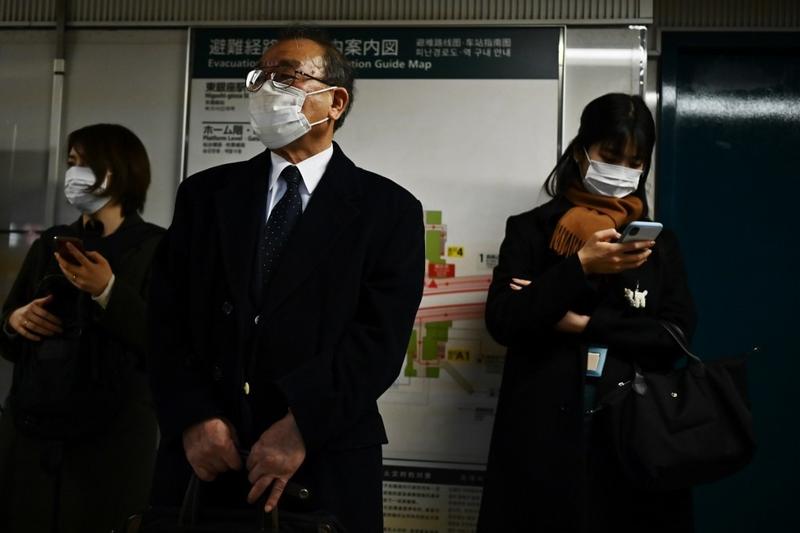 TOKYO - Japan plans to trial HIV medications to treat patients infected with coronavirus as the growing number of cases poses an increasing threat to the country’s economy as well as public health.

Yoshihide Suga, the government’s top spokesman, said at a briefing on Tuesday that the government is “currently conducting preparations so that clinical trials using HIV medication on the novel coronavirus can start as soon as possible.”

The total number of confirmed infections in Japan stood at 520 as of Monday, including 454 cases from the Diamond Princess cruise ship quarantined off Yokohama port, according to Japan’s health ministry

Suga said he couldn’t comment on how long it would take for the new drug to be approved.

Japan had 520 confirmed infections by Monday, including 454 cases from the Diamond Princess cruise ship quarantined off the port of Yokohama, the health ministry said, with one death from the virus.

On Tuesday, there were three more cases confirmed with the virus in Wakayama Prefecture, local media reported.

As the contracting economy fuels a risk of recession, the spread of the coronavirus has prompted Tokyo to put limits on public crowds while some companies are telling employees to work from home.

Tokyo’s HIV treatment trials come as those drugs have been touted as a potential cure for the coronavirus around the world, With no therapy proven 100 percent effective against the virus so far, 1,868 people have died in the epidemic on the Chinese mainland.

In Thailand, meanwhile, doctors said they appeared to have had some success in treating severe cases of the coronavirus with a combination of medications for flu and HIV.

As demand for masks skyrockets, police are investigating a theft of 6,000 surgical masks reported by the Kobe Red Cross Hospital in the central Japanese city, a hospital official told Reuters.

Japanese officials have vowed to work hard to avoid disruptions to the Olympic Games, which start in Tokyo in July. But growing concern over the virus spurred Mongolia’s Olympics archery team to cancel training in Japan, the Kyodo news agency said. 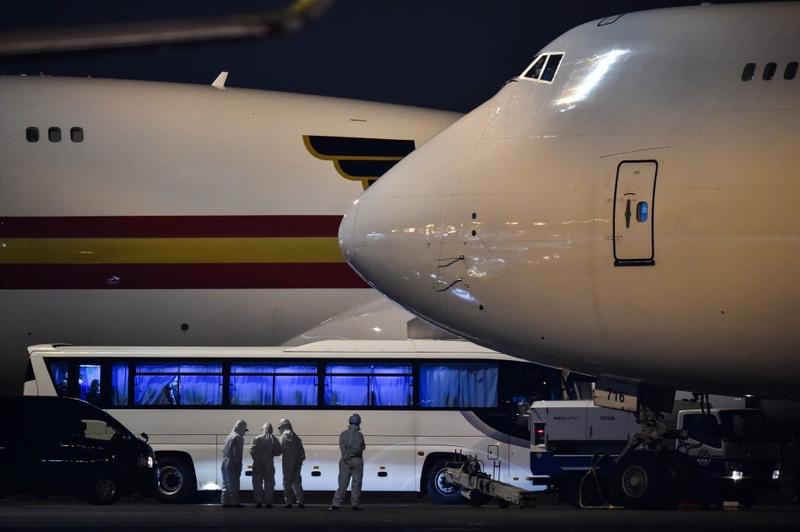 Buses with US passengers from the quarantined Diamond Princess cruise ship arrive at the Haneda Airport, in Tokyo on Feb 17, 2020. (KAZUHIRO NOGI / AFP)

Meanwhile, more than 300 Americans who had been on the Diamond Princess cruise ship returned home via US government evacuation flights on Monday.

The ship has been under quarantine since early this month, leaving more than 3,000 passengers and crew in confinement, after a passenger who had left the ship in Hong Kong was then diagnosed with the coronavirus.

Around half of the passengers aboard the Diamond Princess are Japanese with the rest foreign nationals, many of whom have expressed frustration over the quarantine.

Everyone wants to return home as soon as possible, so considering that feeling, we are making preparations smoothly, so that they can go back to their home.

The liner will receive meals from World Central Kitchen, a non-profit set up by celebrity chef Jose Andres, in a bid to reduce the burden on crew, said Rai Caluori, vice-president of vessel operator Princess Cruises.

Foreign governments including Canada, Australia, Italy and South Korea are now also planning evacuations for their citizens on the cruise liner.

A plane chartered by the Canadian government has left for Japan to evacuate its nationals, TV Asahi reported. Canada has said returnees from the cruise ship will undergo another 14-day of quarantine on its soil.

South Korea is also sending a government charter flight on Tuesday to take its four citizens and one Japanese spouse off the ship and bring them to Korea. They have no symptoms, South Korean health minister Kim Kang-lip said at a briefing.

“Everyone wants to return home as soon as possible, so considering that feeling, we are making preparations smoothly, so that they can go back to their home,” Kato told reporters.

Disembarkation was set for Feb 19 to 21, Japan’s vice-health minister said, according to a copy of a letter circulated on Twitter by a passenger using the handle @daxa–tw.

The letter told passengers that Yokohama health authorities would take their temperatures before they left the ship.

Japan’s health ministry could not immediately be reached for confirmation.