Parallels drawn with SARS outbreak in 2003 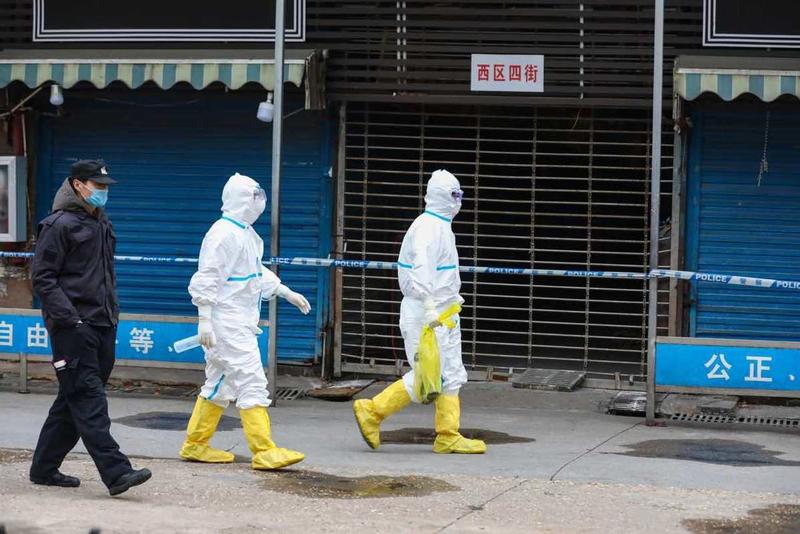 China plans to amend the Law of Wild Animal Protection to crack down on those indiscriminately trading or eating wildlife, the top legislature said on Monday.

An amendment to this law has been added to this year's legislative agenda of the Standing Committee of the National People's Congress, according to the committee's Legislative Affairs Commission.

Most wild animals have carried viruses and germs for many generations. Why is this epidemic happening in China at this time? When it ends, it should be noted that the outbreak was not caused by a single factor

Wang Ruihe, director of the commission's Economic Law Department, said, "Public health security risks brought by the wildlife trade and the consumption of such animals have attracted a high degree of attention across the world. It's very likely that the novel coronavirus pneumonia outbreak was transferred to humans from wild animals and then progressed to human-to-human transmission."

To ensure public health and safety, and strengthen risk management, the commission decided to improve laws on wildlife protection and strengthen law enforcement supervision to combat the illegal trade in wild animals and to eliminate excessive hunting and indiscriminate consumption of such animals, Wang said.

The Law on Wild Animal Protection, which was revised in 2016, has made the protection of wildlife a priority, he said, calling on people to follow the regulations and urging government departments to provide strict supervision, but there are still some problems with this legislation.

"Related rules to support the law have not been put forward promptly, while specific methods, directions, standards and technical regulations to protect wildlife have also yet to be introduced," Wang said.

The outbreak started in Wuhan, Hubei province, in December. Some of those who were first infected had been exposed to wild animals at the city's Huanan Seafood Wholesale Market, where an illegal wildlife trade operated.

Parallels can be drawn to the outbreak of severe acute respiratory syndrome in China in 2003, when the first patients all had contact with wild animals.

Later, studies showed that the natural hosts for the SARS virus were bats, and it was the intermediate host－masked civets－that transmit the virus to humans. 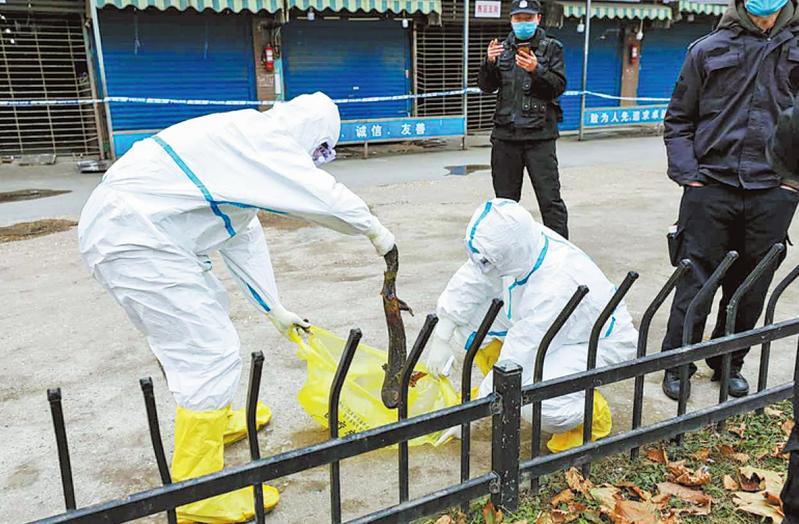 On Jan 24, an appeal was published online by 19 Chinese scholars, seeking the eradication of the illegal trade and consumption of wild animals. One of those who joined the appeal was Lyu Zhi, a professor of life sciences at Peking University, who wrote detailed suggestions for the management and use of wildlife.

Two days later, the government announced that it had banned trading in wild animals at markets, restaurants and on e-commerce platforms until the end of the outbreak.

"Since the outbreak of SARS in 2003, the Chinese public has had a stronger awareness of wildlife protection and the government has paid more attention to this," Lyu said.

"To combat the illegal trade in wildlife and end the indiscriminate consumption of such animals, the best way is strict enforcement with legislation. As time passes, people may forget the lessons that have been learned, and illegal activities may return," she said.

Lyu said the consumption of wildlife is not necessary. Some people believe that eating wild animals is good for their health, while others do so to flaunt their wealth or social status.

"It's essential to balance the relationship between humans and wild animals. It's necessary to provide the public with related knowledge to end the indiscriminate consumption of animals. The basic thing people can do is avoid eating wild animals, which is also good for their health," she said. 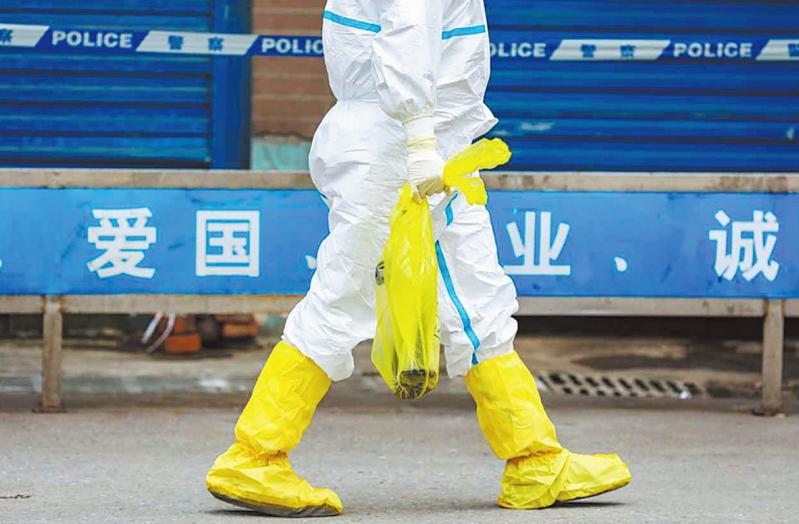 Zhang Li, a professor of conservation biology at Beijing Normal University, said: "The outbreak of the novel coronavirus is closely related to wildlife. The situation has posed a great challenge to China's social and economic development and international reputation."

To get to the root of the problem, Zhang said legislation is most important, citing the ivory trade as an example.

He said a survey by the International Fund for Animal Welfare in the early 2010s had shown that the major factors contributing to the reduced consumption of ivory were calls by the government, and related laws; a sense of guilt among consumers; and advertising by celebrities in anti-ivory trade campaigns.

At the end of 2017, China banned all domestic trade in ivory, and Zhang attributed the success of this move largely to legislation.

"When I heard the news, I couldn't help shedding tears. It's what I've been dedicating myself to for over 10 years," he said.

"As different government departments are involved in tackling the illegal wildlife trade, they should work closely with each other and with an improved management structure to enforce the law strictly," he said. 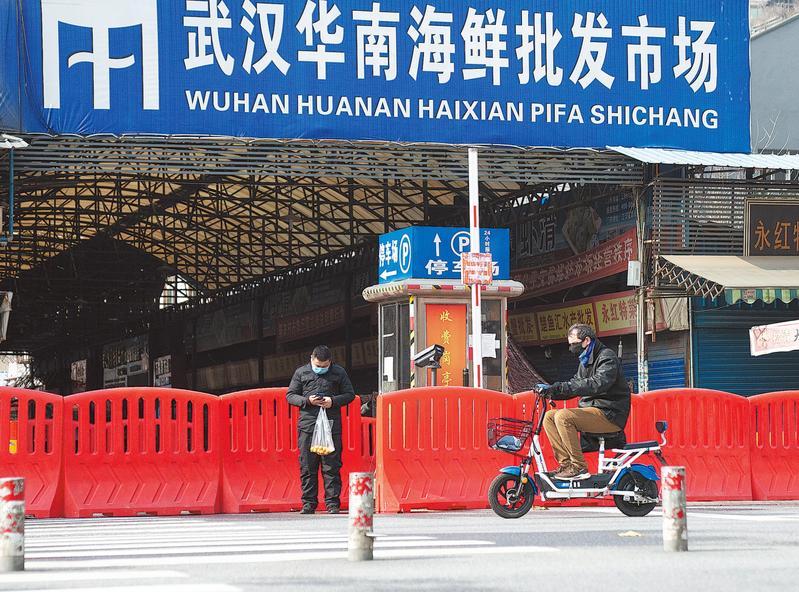 The Wuhan Huanan Seafood Wholesale Market, where the outbreak of the novel coronavirus was first reported. The market has been closed since Jan 1. (XIONG QI / XINHUA)

The definition "wild animals" refers to those that have not been domesticated or tamed and are usually living in a natural habitat. But the situation regarding wildlife bred by humans is different.

Xinhua News Agency recently reported that more than 1 million people are working in the wild animal breeding industry, which has an annual output value of 50 billion yuan (US$7.17 billion). The animals are bred for food, fur, medicine and scientific research.

Lyu suggested the government inspect legitimate wildlife breeding farms to ensure they are being managed properly and that the issuance of new permits for wildlife training and breeding should be temporarily suspended.

It should identify those farms that hunt wild animals under the guise that they have been bred at their farms, and rescind their qualifications.

She said that with a mature farming technology, the offspring of some wildlife could be allowed to enter the market, as such animals bred on farms can be viewed as being similar to domestic animals.

"In some less-developed areas of China, the farming of wildlife, and related trade, provide an essential source of income for farmers and small companies. The government should help them switch to other professions as soon as possible," Lyu said.

However, she believes that as consumer awareness changes, the market for wild animals, including those that are farmed, will diminish.

Zhang believes that due to China's rapid economic development, people no longer need to train and breed wildlife as a major source of income.

He said permits for wild animal training and breeding should be managed strictly. Some people are hunting species that grow slowly, such as snakes and turtles, pretending that they are farm-bred and then selling them.

"There is no list of the wild animals that are allowed to be farmed, and it is important to make one. For some species that have been farmed for a long time on a large scale, like spotted deer in Northeast China, discussions should be held on whether they are wild animals or not," he said.

Zhang said wild animals are also eaten in other countries, and this has given cause for reflection on the unduly indiscriminate consumption of them. In some foreign countries, there are problems involving the international trade of wild animals, bush hunting and exotic pets.

"Hunting will reduce the numbers of certain animals, causing an unbalanced ecosystem. A study by my students found that when African parrots are sold to Australia as pets, they infect local parrots with a virus."

Zhang added that as people expand their fields of activities, Asian elephants are encountering humans more than before. As a result, they may hurt or even kill people. Human activities over the past 50 years, such as planting and land cultivation, have reduced the elephants' habitat.

"The key lies in a harmonious and healthy ecosystem," he said. 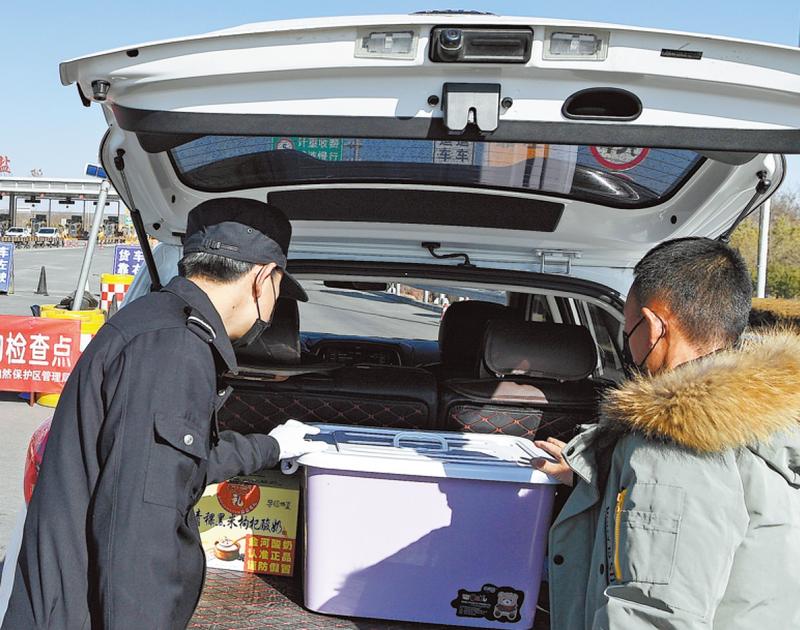 Kang Ai'li, the Wildlife Conservation Society's executive director for Asia, said, "Most wild animals have carried viruses and germs for many generations. Why is this epidemic happening in China at this time? When it ends, it should be noted that the outbreak was not caused by a single factor."

She said many animals avoid close contact with each other in the wild. They also avoid contact with humans. However, the Huanan seafood market in Wuhan provided a "unique environment" for the new virus.

She said online photos showed that different species of wildlife were crowded in a confined and damp area at the market, without ventilation. People trading in illegal wildlife avoid quarantine regulations and do not warn buyers about hygiene risks.

Kang said China has made some important breakthroughs in wild animal protection in recent years, and experts frequently communicate with their counterparts overseas on this issue.

She said China can learn from the successful experience of other countries on wildlife protection, such as calling for more involvement by non-governmental organizations in offering advice and supervision.

The major focus of China's veterinary industry is on domestic and zoo animals, and only a few vets specialize in researching disease in wild animals, Kang said.

She added that it is essential to increase the supply of vets in China who treat wild animals.

Cao Yin contributed to this story.