By Li Fusheng and Zhang Dandan 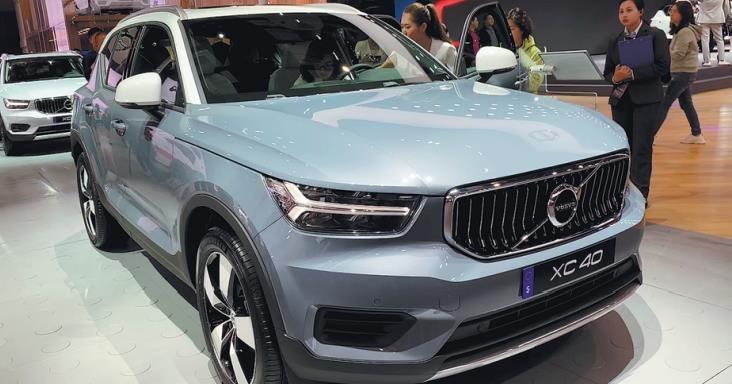 Visitors try out a Volvo XC 40 model at the Shanghai auto show last year. The Swedish brand is the first to offer favorable policies to dealers amid the epidemic in China. (CAO YINGYING / CHINA DAILY)

Automakers in China are canceling sales targets and offering subsidies to tide their dealers over during the novel coronavirus outbreak that has slashed traffic to showrooms across the country since late January.

The epidemic has killed more than 800 people and more than 37,000 are confirmed to be infected in China, which has made potential customers stay away from dealerships.

In a poll conducted by the China Automobile Dealers Association, dealers in the country predicted China's car sales to fall 50 to 80 percent this month compared to February 2019

In a poll conducted by the China Automobile Dealers Association, dealers in the country predicted China's car sales to fall 50 to 80 percent this month compared to February 2019.

Some 70 percent of dealers polled said they had seen "almost no customers" since the end of January.

Volvo was the first to offer favorable policies to its dealers when it said on Tuesday that it will not set dealers' sales targets for February. Usually, carmakers will penalize dealers financially that cannot meet their sales targets.

Volvo also announced on the same day subsidies of up 10 million yuan ($1.42 million) to salespeople across the country whose wages are mainly composed of sales commission.

Many Chinese and international carmakers soon came up with similar or more generous policies.

BMW canceled dealers' sales targets in February and said the targets in March and the first quarter as a whole will be flexibly set.

Brands including Volkswagen, Ford and Hyundai have decided not to assess the sales performance of their dealers in the first quarter.

Jaguar Land Rover has removed monthly sales targets for its dealers and offered subsidies on their inventory to alleviate financial pressure. 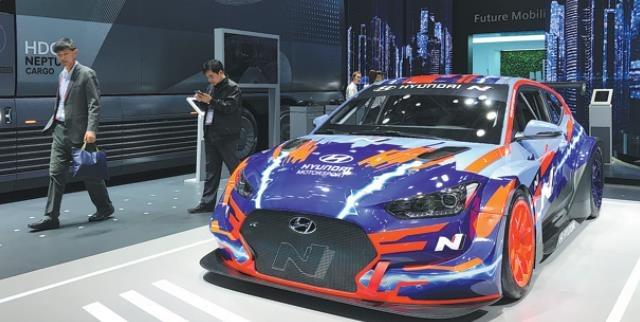 Cshows a model at the 2nd China International Import Expo in November 2019. It has canceled dealers' sales goals in the first quarter. (LI FUSHENG / CHINA DAILY)

The China Automobile Dealers Association is asking banks to extend loans to dealers and offer more temporary liquidity support to help those who are "facing extreme liquidity pressure".

The association said on social media Thursday that auto sales and after-sales service "show a cliff-like decline" due to the extension of the Spring Festival holiday, travel curbs and other factors.

Industry executives said the epidemic was likely to wreak havoc on auto sales and production in the first quarter, but that it was too early to push the panic button.

Volvo said the coronavirus outbreak would affect first-quarter operations, but its CEO Hakan Samuelsson said he expected Volvo to recoup any lost sales and production over the rest of this year.

"We think the effect for the whole year will be relatively minor," he told Automotive News on Thursday.

Starting from Monday, BMW is offering live streaming sessions on its Tmall and JD stores where sales people will promote various models.

Mercedes-Benz said on Saturday that its customers can choose cars, pay deposits and have inquiries answered online. Both carmakers are extending service warranties for its customers.

Customers can view the appearance, color, interior space and power system of their favored models, without stepping out of their homes.

Automakers, joining hands with e-commerce platforms such as Tmall, JD and Suning, are enabling customers to purchase a car at home and enjoy a doorstep delivery service.

Zhejiang Hozon New Energy Automobile Co has launched an exchange and no questions asked return service for seven days from the date of purchase, so as to remove any online customer's doubts or concerns.

Baojun, a marque of China's SAICGM-Wuling Automobile, is using live streaming, virtual reality and augmented reality to allow its products to be showcased to more potential buyers.

Some automakers are also improving manufacturing technologies in a bid to produce more "healthy" vehicles.

Zhejiang Geely Holding Group said it will develop vehicles that will have health-related functions. It has made an initial investment of 370 million yuan (US$53 million) for the project.

The "all-round healthy vehicles "will be capable of identifying harmful substances from the air outside and cleaning the air inside the car quickly and efficiently, according to the automaker. Chinese electric car startup WM Motor said cars with air purification functions are garnering more customer attention, including its models, the EX5 and the EX6 Plus.

Meanwhile, the epidemic has reminded industry insiders and customers of the development of autonomous driving technology.