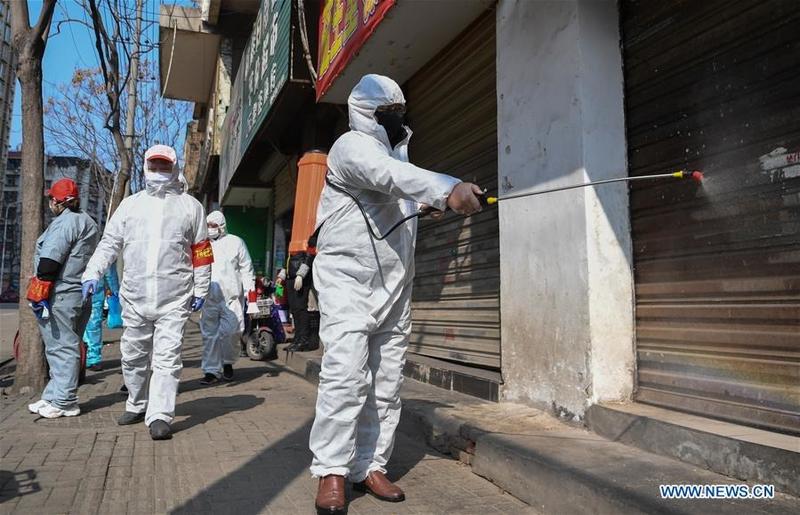 Among the new fatalities, 91 were in Hubei province, two in Anhui, as well as one in Heilongjiang, Jiangxi, Hainan and Gansu provinces respectively, according to China's National Health Commission.

A total of 3,281 people had been discharged from hospital after recovery

The provincial capital Wuhan reported 1,921 new infections and 73 new deaths, and the cities of Huanggang and Xiaogan reported 115 and 105 new confirmed cases, respectively, according to the Hubei Provincial Health Commission.

Hubei had reported 29,631 confirmed cases of the novel coronavirus infection by Sunday, with 871 deaths and 5,505 cases still in severe or critical conditions. The mortality rate is calculated at 2.94 percent.

Hubei province had reported 29,631 confirmed cases of the novel coronavirus infection by Sunday, with 871 deaths

In breakdown, Wuhan has recorded 16,902 confirmed cases in total, followed by Xiaogang and Huanggang with 2,541 cases and 2,252 cases, respectively. The cities of Suizhou, Jingzhou and Xiangyang also had over 1,000 cases each.

Also on Sunday, 296 patients became seriously ill, while 632 people were discharged from hospital after recovery.

The overall confirmed cases on the Chinese mainland had reached 40,171 by the end of Sunday, and 908 people had died of the disease.

The commission added that 6,484 patients remained in severe condition, and 23,589 people were suspected of being infected with the virus.

A total of 3,281 people had been discharged from hospital after recovery.

One patient in Macao and one in Taiwan have been discharged from hospital after recovery.