Quarantine violation in HK will attract 6 months in jail 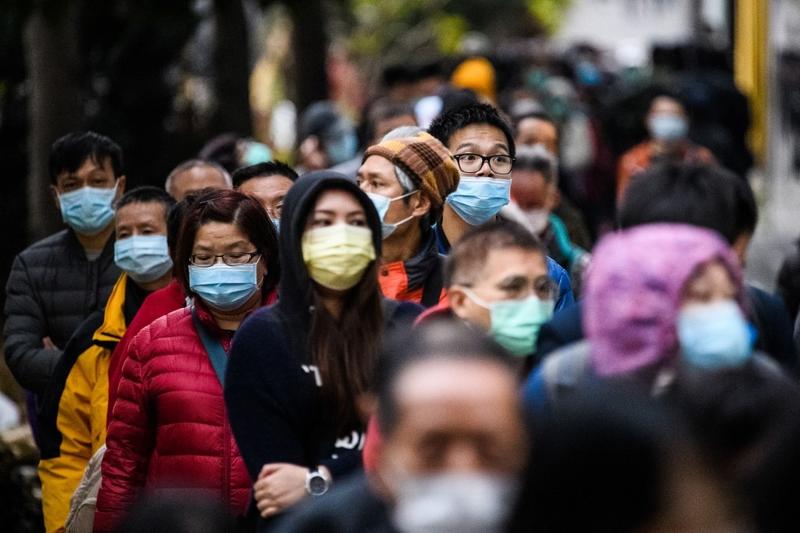 People wearing face masks as a preventative measure against the novel coronavirus line up to purchase face masks from a makeshift stall in Hong Kong on Feb 5, 2020. (ANTHONY WALLACE / AFP)

HONG KONG - Any person found violating quarantine will face up to six months in jail and a fine of HK$25,000 upon conviction, announced Chief Secretary Matthew Cheung Kin-chung on Friday.

Speaking at a press conference, Cheung called on people quarantined in Hong Kong to stay at home, be cooperative and fulfill their social responsibilities.

READ MORE: CE: All arrivals from mainland to be quarantined for 14 days

The chief secretary said the 14-day quarantine arrangement for arrivals from mainland will not be enforceable in case of people involved in goods supply to Hong Kong; essential personnel pressed into government service; public health emergency personnel and those travelling in public interest.

As of 2 pm on Friday, Cheung said, Hong Kong had recorded 25 confirmed cases of infection from a novel coronavirus that first caused an outbreak in the central Chinese city of Wuhan late last year.

Secretary for Food and Health Sophia Chan Siu-chee, speaking at the same press conference, made it clear that people with no symptoms will be quarantined at home.

Non-locals who have no residence in the city will be quarantined in hotels or at given addresses. For those lacking a local address of stay, the government will arrange temporary accommodation, Chan said.

They will also be required to provide health information, including of symptoms, if any, to health authorities. A hotline will be set up by the Department of Health and the Depatment of Home Affairs for people in need of assistance from the government, Chan said.

The health secretary also said that the risk of community transmission of the novel coronavirus in Hong Kong had risen significantly after the city recorded five cases of infection contracted locally of the current total 25.

The latest confirmed patient is a 58-year-old man who works in Zhuhai and Macao. He developed fever and cough on Feb 4 and arrived in the city the next day via the Hong Kong-Zhuhai-Macao Bridge to consult a doctor in private practice. On Feb 6, the man was admitted to hospital and quarantined.

The number of arrivals has been generaly falling as a result of a series of measures taken by the government to reduce the flow of people between Hong Kong and the mainland, Secretary for Security John Lee Ka-chiu said at the same press conference.

It was also announced at the same press conference that civil servants will be allowed to work from home till Feb 16.