​CE: All arrivals from mainland to be quarantined for 14 days 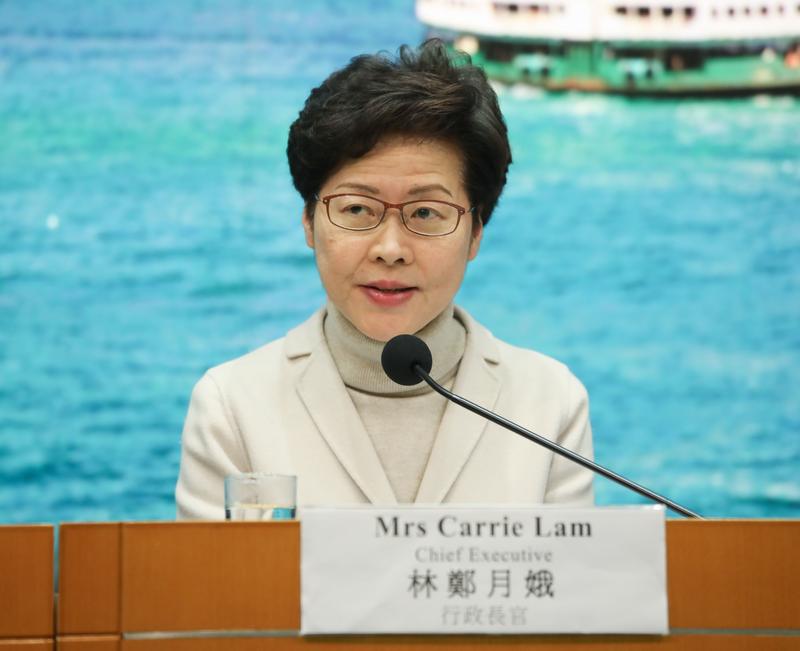 HONG KONG - In an effort to contain the spread of a novel coronavirus in Hong Kong, the government moved to further tighten border control by requiring all people entering the city from the Chinese mainland to be quarantined for 14 days.

This new measure was introduced after medical experts warned that there was a real risk of the spread of the virus in the communities.

The Chief Executive in Council will invoke special powers under the city’s Prevention and Control of Disease Ordinance to make a subsidiary legislation, Lam said.

Describing the measure as "drastic," Lam said it aimed at further reducing the already-decreased people flow between the Chinese mainland and Hong Kong.

Lam said the measure would take effect two days later so as to give time to people whose life would be affected by the new arrangement to prepare for the change.

The detailed information related to the measure’s implementation will be revealed during a government press conference on Thursday, according to Sophia Chan Siu-chee, Secretary for Food and Health.

Secretary for Labour and Welfare Law Chi-kwong pledged that the government would explore feasible measures to assist cross-boundary employees and caregivers who would be affected by the new arrangement.

Another six people were confirmed for novel coronavirus infection on Tuesday and Wednesday, bringing Hong Kong's total number of confirmed cases to 21.

Out of the six additional cases, three were classified as local infection cases as the patients had no travel history during the incubation period and the source of their illness was not clear, Lam said, adding that it indicated the epidemic in Hong Kong might be worsening.

But she said she remains optimistic that with concerted efforts of the government and society, the city will succeed in fighting the virus.

The HKSAR Executive Council (ExCo) Secretariat said that the ExCo supported the HKSAR government in taking the decisive measures and called on people who may be affected by the measures to understand and join hands in the face of the infection.

"After the government implemented measures to scale back the operation of cross-boundary control points, the number of mainland and overseas visitors entering Hong Kong has been substantially reduced.

However, there remains a considerable number of Hong Kong residents travelling to and from the mainland. The new measures should further reduce the cross-boundary people flow and thereby contain the risk of the spread of the virus," it said.

Earlier, the government closed down all but three of the border checkpoints. Hong Kong International Airport, Hong Kong-Zhuhai-Macao Bridge and Shenzhen Bay are the only ones that have remained open from Tuesday.

On Tuesday, 28,675 people entered Hong Kong via the Shenzhen Bay and the Hong Kong-Zhuhai-Macao Bridge checkpoints, down 64 percent from Monday. More than 80 percent of them are Hong Kong residents, said Lam.

Airport arrivals fell by 21 percent to 41,137 on Tuesday. The vast majority of them were international visitors, with only 224 of them were from the mainland with Chinese passports.

The government also announced the closure of the Kai Tak Cruise Terminal, where the World Dream cruise ship docked on Wednesday morning. More than 1,800 people on board have been put under quarantine as three passengers were found to have contracted the virus.