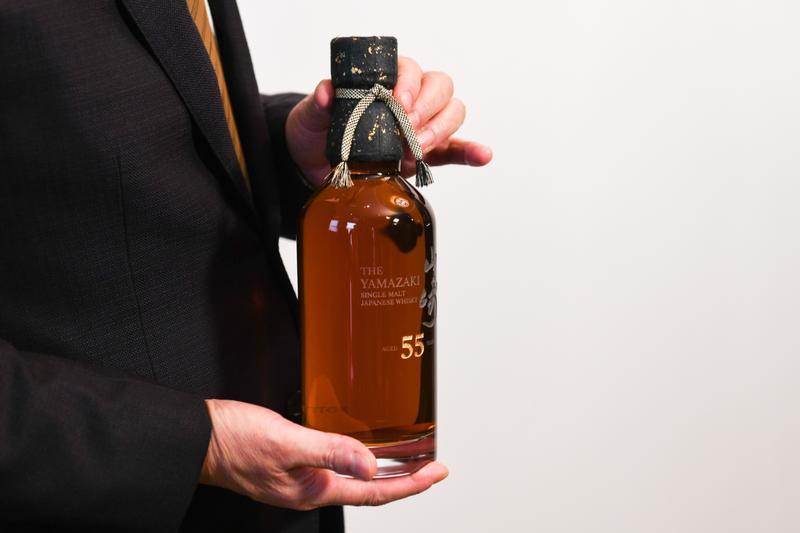 The newest bottle in the vaunted lineup of premium Japanese whiskies is more than 55 years old.

Japan’s oldest distillery will release Yamazaki 55 this summer with a supply so limited that owner Suntory Holdings Ltd will release only 100 bottles. The price: a mere 3 million yen (US$27,600).

The limited-edition liquor will be available only to those lucky enough to win a lottery held solely in Japan. Each bottle has a price tag of 3 million yen (US$27,600)

That could be good value, considering that a bottle of 50-year-old Yamazaki sold at auction for more than US$300,000 in 2018. Worldwide demand for Japanese whisky has skyrocketed as the country’s reputation for the liquor has grown. The global whiskey market is projected to grow 19 percent, to US$147.6 billion, through 2023, according to Euromonitor International.

“We haven’t been able to get a lot of Yamazaki product out there, so we were always thinking of developing a product that would use our oldest whisky stock,” says Kengo Torii, head of Suntory’s whisky business, who notes that the Yamazaki was barreled before he was born.

ALSO READ: What rise in whisky insurance tells us about super rich

The Yamazaki 55 is a single malt whisky made from a dwindling stock of aged, unblended whiskies held by Suntory. The limited-edition liquor will be available only to those lucky enough to win a lottery held solely in Japan. It will be shipped in June, before the 2020 Summer Olympics kick off in Tokyo.

Japanese distillers have been both beneficiary and victim of the worldwide thirst for the brown stuff, perhaps none more than Suntory, the world’s third-largest whisky maker and owner of bourbon brand Jim Beam. Suntory has said it didn’t anticipate the massive increase in demand for Japanese whisky; in recent years, it has invested millions to increase its production capacity.

Whether that investment pays off—considering the number of years it takes to age the finest vintages—is harder to tell.

Suntory also owns the famed Hibiki and Hakushu brands. In 2018, it was forced to halt sales of age-statement Hakushu 12 and popular Hibiki 17 after running out of inventory; it’s sold a non-aged version of Yamazaki since 2012. Other distilleries have also been releasing blended whiskies without age statements to meet rising thirsts and have started incorporating imported Irish whiskey and Scotch into “world blends.” Asahi Group Holdings Ltd.’s Nikka Whisky said earlier this month that it will discontinue its age-statement Taketsuru whiskies.

The Yamazaki 55 was aged in Mizunara oak and American white oak barrels, according to Shinji Fukuyo, Suntory’s chief blender. Whisky flavors don’t typically change much after 30 years, he says, but the barrels were periodically moved to cooler locations so the maturing process slowed, giving the whisky a more nuanced character. The reddish-amber drink will be sold in a made-in-Japan crystal bottle, with the imprinted “55” lined in gold leaf.

“The flavor profile is still mellowing, so when it’s first sold in June, it may taste a little different,” Fukuyo says. “The aroma is reminiscent of dry fruits—pineapple, and orange peel. Once you drink it, that fragrance will expand as you get this light and gentle taste, along with the bittersweet flavor that comes with long aging.”