What rise in whisky insurance tells us about super rich 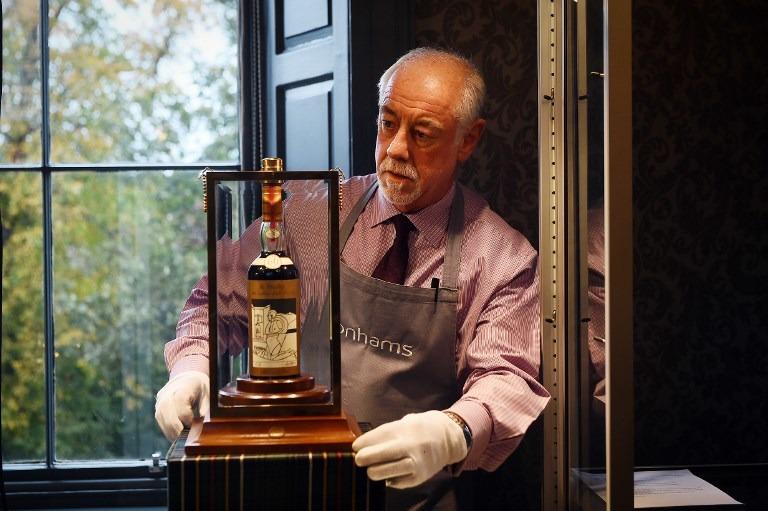 A Bonhams porter shows the bottle of Macallan Valerio Adamai 1926 whisky which sold for a world record sale price of 700,000 pounds at auction in Edinburgh on Oct 3, 2018. (ANDY BUCHANAN / AFP)

With prices of rare whisky soaring into the six and seven digits, ensuring that precious spirit is protected is not only recommended but essential, says Ron Fiamma, head of global collections at American International Group Inc’s private client group. The insurance giant has seen such an uptick in whisky collecting that it has expanded its coverage of specialty collections to include those owners whose tastes run to a 1926 Macallan.

“Whisky collectors now number in the many hundreds, closing in on 1,000 individual collectors of all stripes and values,” says Fiamma of AIG customers highlighting whisky within their insured collection. “When auction houses are holding two or three whisky auctions a year, with some whisky going for a million or half a million dollars, clearly it warranted attention.”

And while noteworthy on its own, the rise in both prices and attendant need for insurance also gives a view into the changing landscape of alternative investments

To wit, on Nov 29 a bottle of The Macallan that spent six decades in an ex-sherry oak cask sold for a record price of 1.2 million pounds (US$1.5 million) at Christie’s London. A rare 60-year-old Macallan whisky fetched HK$7.96 million (US$1.01 million) at Bonhams Hong Kong in May. A second bottle from the same vintage was sold later the same day at the same auction for US$1.1 million. Both sold for more than twice their high estimate.

Rare whisky has appreciated 140 percent in the last five years, according to the Vintage 50 Index compiled by Rare Whisky 101. AIG has seen an almost tenfold increase in new submissions for whiskey insurance year over year.

And while noteworthy on its own, the rise in both prices and attendant need for insurance also gives a view into the changing landscape of alternative investments. For instance, art and jewelry continue to top the list of insured collectibles at AIG right now, says Fiamma, but there’s been a significant increase in interest in protection for whisky, watches, and cars, marking a shift in focus from what many view as traditional collectibles and also how wealth is being transformed by younger generations.

“The 90-year-old may leave a beautiful silverware collection or maybe some jewelry. The 50- or 60-year-old children are divesting themselves of those assets and purchasing whisky, beautiful watches, Ferraris,” Fiamma says. “We get to see that internally as they move from one policy to the next. It’s a fascinating look at the transfer of wealth on the collection side.”

ALSO READ: Getting into the spirits 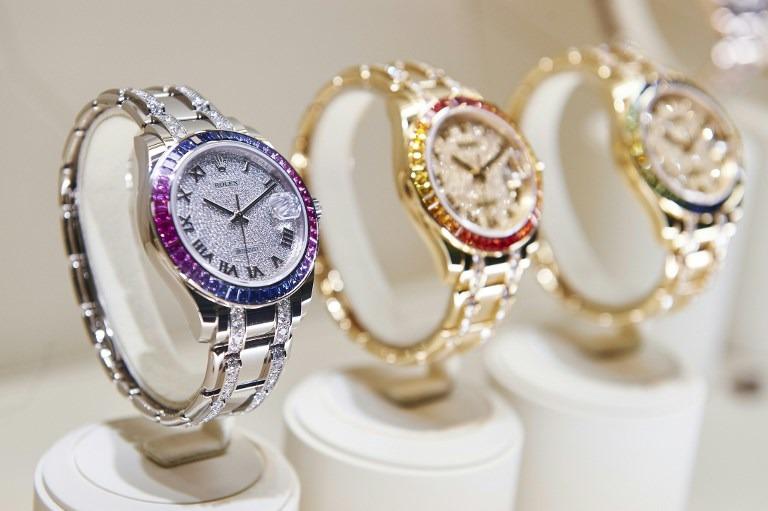 With a lower-entry price point, generally, Fiamma has witnessed a younger demographic attracted to collectible timepieces.

“They’re fun. You can use them, look at them, carry them with you,” he says, but advises owners to be aware of the size of their collection. The lower price point allows for speedier amassing in terms of quantity, and owners should be cognizant that when grouped, a collection of brands such as Rolex, Omega, or IWC (to name a few) can be worth a substantial amount.

The next vintage cars

Classic and collectible car insurer Hagerty has also witnessed a trend toward younger collectors. This year marks the first period that business from millennials (aged 21 to 37) and Generation X (38 to 53) has eclipsed that of baby boomers (54 to 72) and older.

The collectible car market is expanding, says Jonathan Klinger, vice president of public relations at Hagerty, who notes that younger clients are nearly four times more likely to be interested in a vintage pickup or SUV compared with older generations.

“Another stark difference between the generations is that for baby boomers and older, their idea of an inexpensive foreign sports car is something along the lines of a British roadster such as an MG or Triumph,” Klinger says. “For the younger generations, it is a Japanese sports car like a Miata or a Supra or Datsun 240.” Though he does note that interest in collectible Mustangs and Camaros transcends all generations. 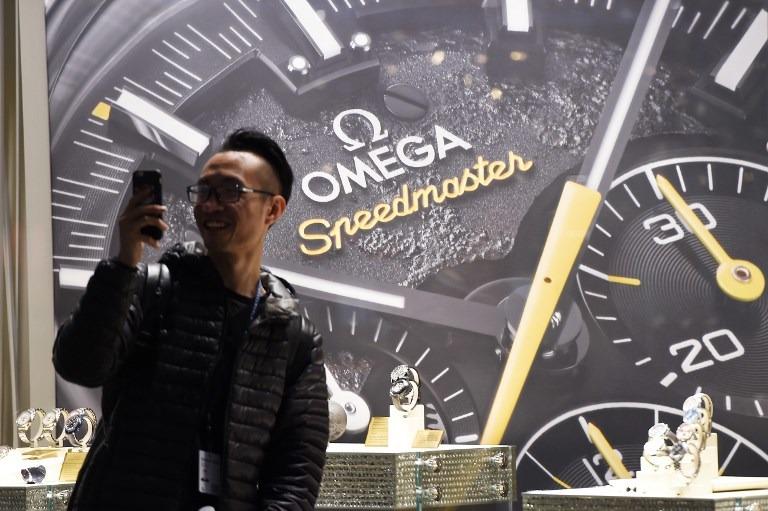 A man takes a picture in front of Swiss watchmaker Omega corner during the press day of the Baselworld watch and jewellery fair on March 21, 2018 in Basel. (FREDERICK FLORIN / AFP)

The price of passion

Keeping abreast of the value of your collectibles is key, according to both AIG and Hagerty, who monitor the market and work closely with clients to ensure insurance coverage is sufficient. For cars it’s advisable to check your valuation on a yearly basis, says Klinger.

“In the whisky sector it’s about constantly following sales,” says Fiamma, who works with auction houses to stay ahead of trends.

For wines and spirits, Fiamma says the rule of thumb is to check or revalue your collection every three to five years. But everything should be considered on a case-by-case basis. “If we or the client feels a valuation is needed on the collection or specific bottles, we will do that. It’s rare to force a client to do a valuation. They’re usually the ones who have an eye on what they collect, and they are the ones who come to us and say, ‘I want a reevaluation.’ ”

Many collections can be grouped under a specialized blanket insurance coverage, but rare or very expensive bottles can also be highlighted as line items within a policy. For a market as hot as whisky is right now, Fiamma says they can build a feature into a policy that offers a 150 percent buffer (or higher) on the up side, to give peace of mind to a customer and to reflect market fluctuations.

“While obviously everything we insure is important to our clients—homes, cars—it’s the collections that they are overwhelmingly passionate about,” Fiamma says. “These are often things that they spend their lives accumulating, curating, and selecting. There’s a tremendous amount of emotional attachment to them.”