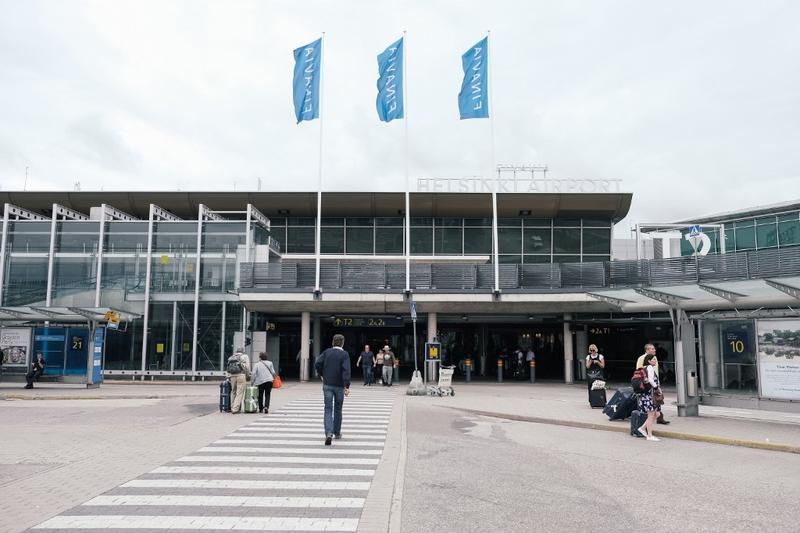 The Helsinki Vantaa airport is pictured in Helsinki on July 10, 2018. (ALESSANDRO RAMPAZZO / AFP)

HELSINKI- A Chinese tourist tested positive for the novel coronavirus at a hospital in northern Finland on Wednesday, the Chinese embassy in Finland said in a statement, adding that it has contacted the patient.

The patient is from Wuhan, the epicenter of the coronavirus outbreak in China. The Finnish hospital which the patient was admitted to said that the patient was in stable condition, but needed to be observed and treated for two weeks, according to the embassy.

The patient is a 32-year-old Chinese woman, who traveled from Wuhan to Ivalo in northern Finland five days ago, the Finnish national broadcaster Yle reported

The embassy reminded Chinese citizens currently staying in Finland that they should limit their travel as much as possible, avoid going to public places where people gather, pay attention to personal hygiene, and enhance awareness of self-safety.

The patient is reportedly a 32-year-old Chinese woman, who traveled from Wuhan to Ivalo in northern Finland five days ago, the Finnish national broadcaster Yle reported Wednesday.

The woman first visited a health center in Ivalo before being transferred to hospital in Rovaniemi on Tuesday. A sample taken from her was sent to the Finnish National Institute for Health and Welfare (THL) in Helsinki for examination on Wednesday, Yle reported.

Mika Salminen, director of THL's security unit, told Yle that other infected visitors may be identified in Finland, but the risk of the disease spreading in the country remains very small.