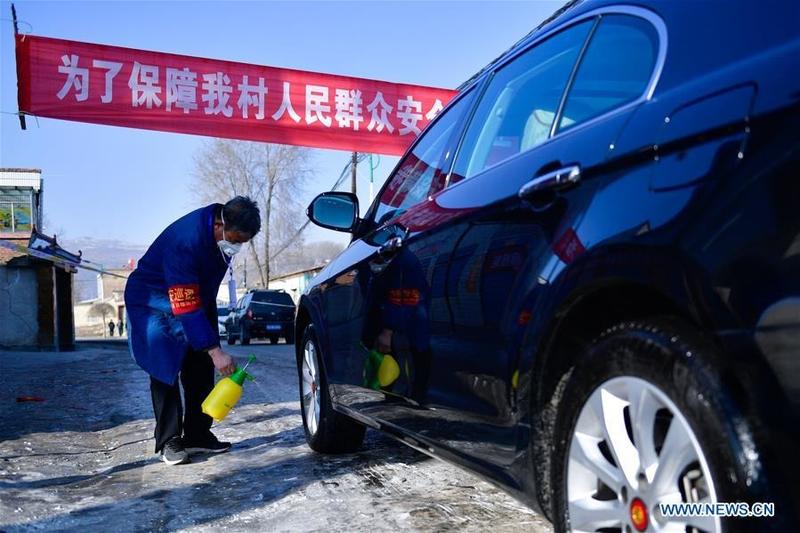 BEIJING/WUHAN - Chinese health authorities announced Thursday that 7,711 confirmed cases of pneumonia caused by the novel coronavirus had been reported in 31 provincial-level regions and the Xinjiang Production and Construction Corps by the end of Wednesday. A total of 170 people have died of the disease.

The National Health Commission said in its daily report that 1,370 patients remained in critical condition, and 12,167 people were suspected of being infected with the virus as of the end of Wednesday.

There were 1,737 new confirmed cases, including the first confirmed case in the Tibet autonomous region, 4,148 new suspected cases, and 38 deaths - 37 in Hubei province and one in Sichuan province - on Wednesday.

In addition, cases of infected foreigners on the mainland were first reported in South China's Guangdong province.

Three foreigners — a Pakistani and two Australians, who all had been in Wuhan recently — had been diagnosed with the coronavirus in Guangdong province as of Wednesday.

ALSO READ: Expert: Virus outbreak may reach peak in 1 week or about 10 days

By the end of Wednesday, a total of 4,586 cumulative confirmed cases had been reported in Hubei province, with 162 deaths

A total of 356 more new cases and 25 new deaths were reported in the provincial capital of Wuhan, the epicenter of the epidemic, on Wednesday, according to the Hubei Provincial Health Commission.

By the end of Wednesday, a total of 4,586 cumulative confirmed cases had been reported in the province, with 162 deaths, while 4,334 patients remained hospitalized, with 711 in severe condition and 277 in critical conditions.

A total of 26,632 close contacts were under medical observation.

The province has launched 24-hour hotlines for foreigners on epidemic prevention and control, said the Hubei Provincial Foreign Affairs Office.

The hotlines of foreign affairs offices in major cities of the province, and hotlines for overseas students and tour groups in Hubei are available at www.fohb.gov.cn.

According to the Ministry of Civil Affairs, social organizations that spread false information or engage in illegal activities during the new coronavirus outbreak will be severely punished.

Supervising bodies for social organizations at various levels should not convene studying or training sessions to prevent the gathering of crowds, the ministry said.

To help curb the spread of the virus, China's railway sector will strengthen prevention and control measures, according to the China State Railway Group Co Ltd.

Temperature detection at railway stations will be strengthened, and more efforts will be made to step up cleaning and disinfection work at railway stations and trains, strictly control suspended railway routes, and instruct passengers to fill in health registration cards.

So far, there has been no official statement about when the epidemic will peak or how long it will last. Gauden Galea, the World Health Organization's representative in China, said in an earlier interview with China Daily that the WHO is organizing a number of researchers to model the case numbers, but no conclusion has been reached yet.

The WHO said in a statement on Tuesday that studies so far indicate that most cases of the virus reported to date have been milder, with about 20 percent of all confirmed cases experiencing severe illness.

The WHO will also send international experts to visit China as soon as possible to work with domestic experts to increase understanding of the outbreak and guide global response efforts, it said.