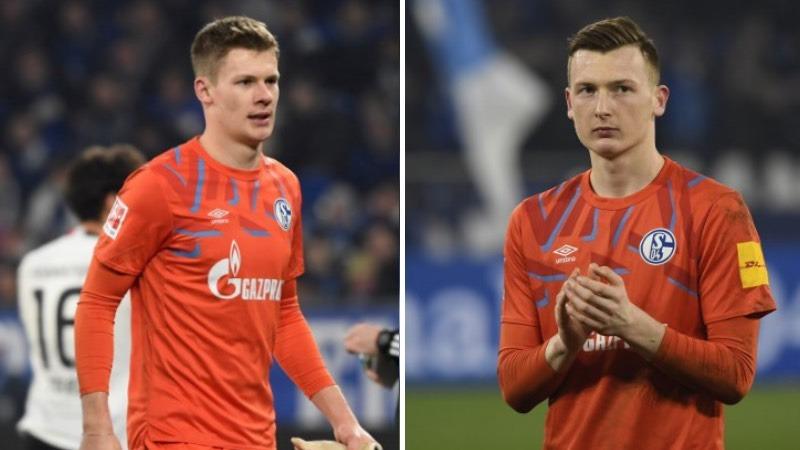 BERLIN - A crucial decision is lying ahead of David Wagner. Alexander Nubel or Markus Schubert - who will be the club's goalkeeper for the away game against Jurgen Klinsmann's Hertha Berlin?

The Schalke coach's decision could well affect the Royal Blues' season performance. Nothing less than a Champions League qualification and an influx of up to 40 million euros are at stake. Fans are anxiously waiting for the breaking news.

The issue couldn't be trickier. And as always, when Schalke's world seems to have lost its bearings, emotions play a vital role. "I am glad I am no coach anymore," said club legend Huub Stevens, coach during the team's UEFA Cup-winning campaign of 1996-97.

With Nubel returning to action, fans might refuse to support the team, with thousands having expressed their anger after his transfer announcement. But keeping Nubel on the bench might affect the team's chances of finishing the season with success.

The 23-year-old Nubel announced his impending move to Bayern Munich for next season over the winter break, rejecting an improved contract with Schalke. In response, Wagner removed Nubel as captain, appointing 26-year-old Spaniard Omar Mascarell in his place.

The club's second keeper, 21-year-old Schubert, has replaced Nubel in the previous two games against Borussia Monchengladbach and Bayern Munich due to Nubel's red card ban.

Nubel is regarded as the more experienced keeper. The German under-21 international ousted former No. 1 Ralf Fahrmann, who is set to return after joining Premier League side Norwich City on loan for this season.

Schalke fans have become accustomed to their stars joining Bayern, with Manuel Neuer, Leon Goretzka and Olaf Thon all making the move south in recent years.

With Nubel returning to action, fans might refuse to support the team. Thousands expressed their anger after his transfer announcement. The romantic approach to demand loyalty, by any means, contains a fair amount of self-destructiveness.

On the other hand, keeping Nubel on the bench might affect the team's chances of finishing the season with success.

The question remains how both candidates deal with the mental issue, regardless of what decision is going to be made.

Some pundits fear Schalke could end up with a significant goalkeeper problem beyond the current season.

It seems Wagner can't solve the problem in a way that pleases everyone.

Wagner might be well advised to remember the winning formula he has counted on over the last months. The coach's pragmatism turned a struggling side into one of the league's surprise packages. One big save from Nubel might change the mood of the fans. Making the right solution could provide a substantial portion of optimism and courage.