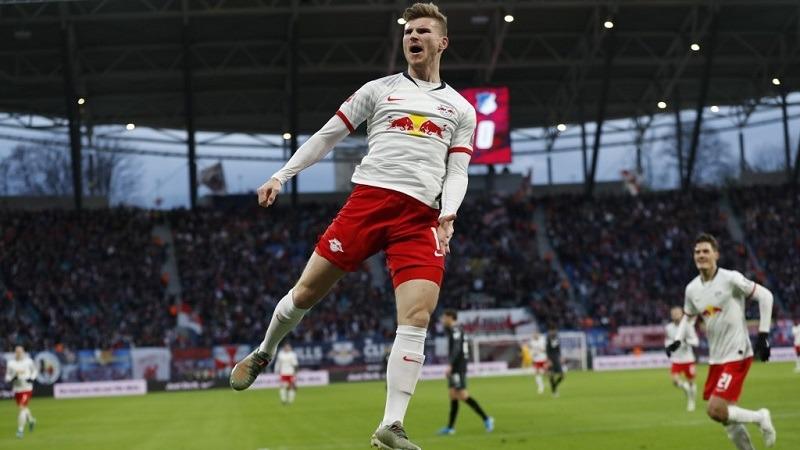 BERLIN - Pundits predict the most exciting Bundesliga finish in over a decade. As the second half of the 2019-20 season begins, there are up to six teams battling for the title.

Fans celebrate the German league as Europe's goal machine as, on average, 3.22 goals were scored per game. At the same time, the Italian Serie A only delivered 2.86, the English Premier League 2.79 and the Spanish La Liga 2.60.

Which club is going to emerge as the team with the most goals: Top of the pile is RB Leipzig (37 points), runner-up Moenchengladbach (35), ruling champions Bayern Munich (33), Borussia Dortmund (30)  or the season's surprise Schalke 04 (30)?

Times are over that Bayern is a safe bet.

East-German challenger RB Leipzig has to deal with huge expectations and growing pressure.

"Times are over that Bayern is a safe bet," Hamann predicted.

For Matthaeus a satisfying start is vital. The 150 capped former midfielder underlines the importance of RB's results in top games against Moenchengladbach and Bayern on February 1 and 9 respectively.

"I am sure we end up among the top four. To win the title we need to beat our 37 points of the first half," Nagelsmann emphasized. Leipzig's performance might depend on the success of top-scorer Timo Werner (18 goals).

Moenchengladbach might count on the advantage to entirely concentrate on the title race after the side is out of continental competitions and the German Cup.

Coach Marco Rose's side can play several tactical systems but insists on going for a Champions League spot - surprises included. "To secure the Champions League is like the title for us," sports-director Max Eberl said.

Injury setbacks and a radical change in the club's leadership are causing turmoil for Bayern. To reach all three possible titles, including the Champions League, the Bavarian's squad seems too weak.

The squad experience regarding pressure situations might be helpful. To catch up, the 2013 treble winner needs three points in Berlin to create optimism.

New arrival Erling Haaland is causing enthusiasm in Dortmund. But the 2012 German champion has to gain further consistency to turn things around. Team cornerstones like Marco Reus have to change to true leaders. So far, Borussia is only an outsider regarding the title.