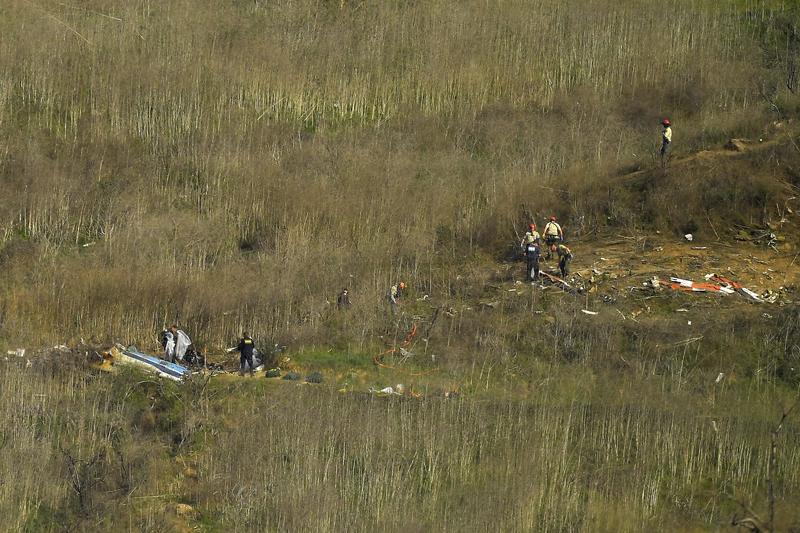 CALABASAS, Calif - Overcast skies and fog reported at the scene of the helicopter wreck that killed Los Angeles basketball great Kobe Bryant, his daughter and seven others figured prominently on Monday in the first full day of federal aviation experts’ crash investigation.

Kobe Bryant, who won five NBA championships in his 20 years with the Los Angeles Lakers, was known since his playing days to travel frequently by helicopter to avoid the Los Angeles area’s glacial traffic

An 18-member National Transportation Safety Board (NTSB) team, assisted by FBI forensic specialists, began mapping the wreckage site with drones and examining debris scattered across the hillside where the helicopter went down on Sunday.

Los Angeles County coroner’s investigators, working alongside aviation NTSB inspectors, said they had recovered the first three bodies from the crash site and were searching for more remains.

In a sign that clouds, fog and limited visibility were of particular interest to investigators, NTSB board member Jennifer Homendy appealed to the public to come forward with any photographs that might help document local weather conditions at the time of the crash.

Homendy told reporters that weather was just one factor.

“We take a broad look at everything in an investigation - man, machine and the environment. And weather is just a small portion of that,” she said at a late-afternoon news conference in Calabasas, California, about mile from the crash site. 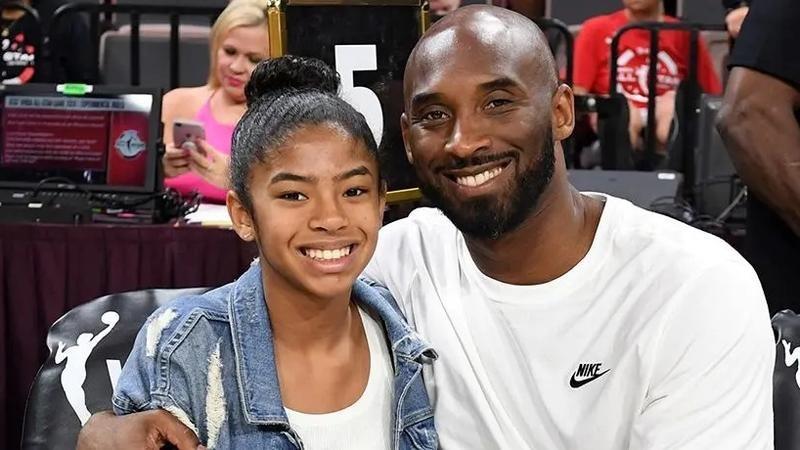 She described how bits of the aircraft - a section of the fuselage, a piece of the tail, a rotor and other debris - were strewn around an impact crater where the helicopter slammed into a tall grassy slope.

“It was a pretty devastating accident scene,” she said.

The twin-engine Sikorsky S-76B took off from John Wayne Airport in the Orange County city of Santa Ana on a flight destined for a regional airport about 80 miles to the northwest in the coastal town of Camarillo, the NTSB said. It crashed in the Santa Monica foothills on the outskirts of Calabasas, about 40 miles northwest of downtown Los Angeles.

The pilot and all eight passengers, including Bryant, 41, and his 13-year-old daughter, Gianna, perished in the fiery wreck. They were on their way to a girl’s basketball tournament at a sports academy where Bryant was to have coached his daughter’s team that day.

Bryant, an 18-time National Basketball Association all-star five NBA championships during his 20 years with the Los Angeles Lakers, was known since his playing days to travel frequently by helicopter to avoid the Los Angeles area’s infamous traffic.

But questions immediately surfaced about the role that weather conditions played in Sunday’s tragedy.

Forecasters reported low clouds and limited visibility at the time of the crash, and eyewitnesses recounted thick fog over the foothills where the helicopter went down. 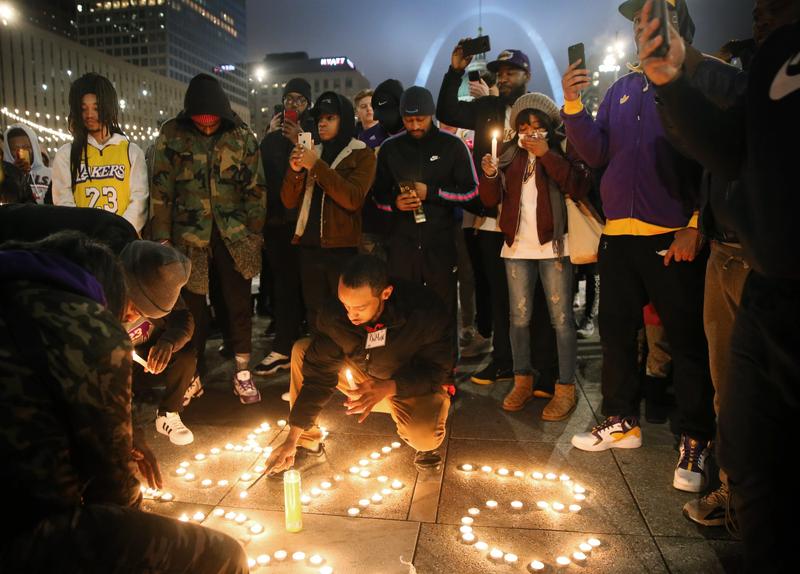 Public recordings of radio calls between Bryant’s helicopter and air traffic control during the flight indicate the pilot tried to remain below clouds so he could see the ground and avoid having to fly on instruments, said Gary C Robb, an aviation lawyer and author of the book “Helicopter Crash Litigation.”

“The dialogue between the pilot and air traffic control leads me to believe ... he kept wanting to go lower and lower, beneath the fog and ceiling, as we call it, and that could have led him to fly so low that he flew into the mountain,” Robb told Reuters.

The pilot, in his transmissions, “was calm and controlled the whole time,” Robb added, calling the communications “extremely normal and routine.”

A possible mechanical failure cannot be ruled out, especially in light of “ear-witness” accounts that the helicopter sounded like it was “sputtering” moments before the crash, Robb said.

He described the Sikorsky S-76, however, as a “reliable” and “generally safe” aircraft.

Both Robb and another prominent aviation disaster attorney, Bob Clifford, both noted that the pilot had requested “flight following,” or constant tracking from controllers to help keep the Sikorsky clear of other aircraft in limited visibility, but was informed he was flying too low to be picked up by air traffic radar. It is unclear whether the pilot heard that admonition as it came near the end of the doomed flight.

NTSB’s Homendy said the pilot was an experienced, commercially licensed aviator and certified flight instructor with at last 8,200 hours of flight time. 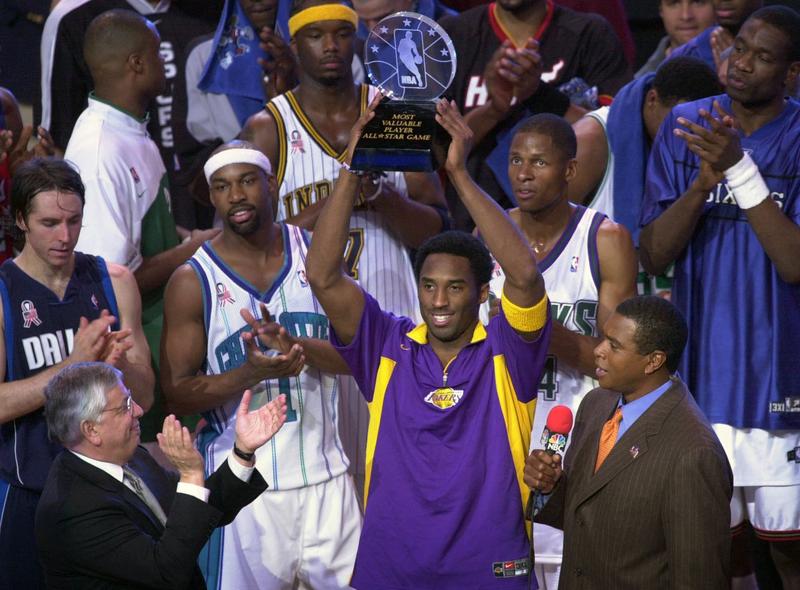 In honor of Bryant, the NBA announced it had canceled a game scheduled for Tuesday between the Lakers and their cross-town rivals, the Clippers.

After Lakers fans spontaneously built a shrine to Bryant near the Staples Center, his teams’ home arena, fans also left flowers and Bryant jerseys at Lower Merion High School outside Philadelphia, where Bryant played before joining the NBA.

In Hollywood, movie celebrities, including Robert De Niro and Brad Pitt, took part in a moment of silence to honor Bryant at the start of the annual Academy Award nominees luncheon. Bryant, an Oscar-winner for the animated short film he wrote and produced, Dear Basketball, attended the lunch two years ago.

In New York, morning commuters emerging from Penn Station stopped for a silent moment before an enormous electronic billboard lit up with Bryant’s image outside Madison Square Garden.