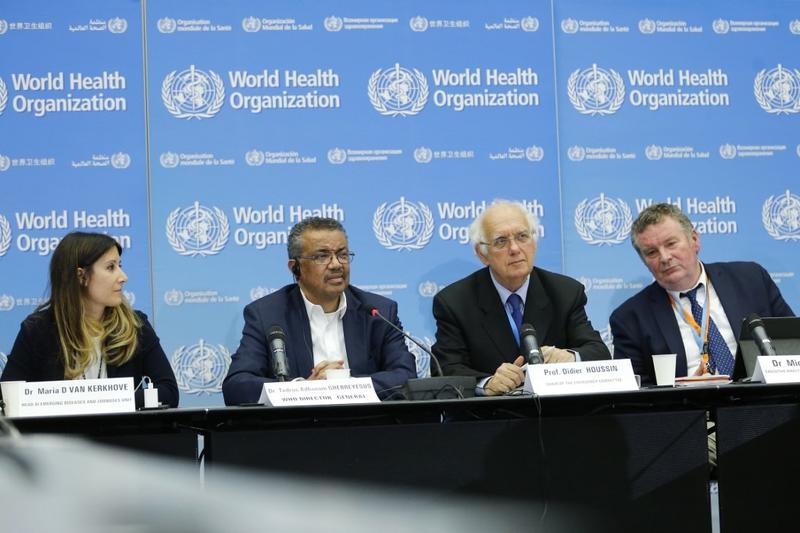 GENEVA - The World Health Organization (WHO) on Wednesday night extended to Thursday its emergency talks on whether the novel coronavirus outbreak in China constitutes a Public Health Emergency of International Concern (PHEIC).

"There was an excellent discussion during the meeting today, but it was also clear that to proceed, we need more information," said WHO Director-General Tedros Adhanom Ghebreyesus at a press conference after a closed-door meeting of its Emergency Committee.

The WHO chief appreciated China's speedy identification of the virus and and the move to immediately share the sequencing of the virus, so that other countries like Japan, the Republic of Korea and Thailand are able to take swift action

"For that reason, I have decided to ask the Emergency Committee to meet again tomorrow to continue the discussion," Tedros said.

"The decision about whether or not to declare a public health emergency of international concern is one I take extremely seriously, and one I am only prepared to make with appropriate consideration of all the evidence," the WHO chief noted.

Tedros said he was very impressed by the detail and depth of China's presentation of the situation of the novel coronavirus outbreak.

He also appreciated the cooperation of Ma Xiaowei, head of China's National Health Commission, who he had spoken with directly during the last few days and weeks. The intervention of the Chinese leadership, said the WHO chief, has been invaluable.

The WHO chief appreciated China's speedy identification of the virus and and the move to immediately share the sequencing of the virus, so that other countries like Japan, the Republic of Korea and Thailand are able to take swift action.

Actions were also taken immediately especially on the market in Wuhan, the central Chinese city where the first case of novel coronavirus infection (2019-nCoV) was identified.

Those actions were followed by other very strong measures including halting flights and trains out of Wuhan from Thursday. Tedros believed that those actions will "minimize the chances of this outbreak spreading internationally."

"At the same time, China invited our experts on the ground in Wuhan, so that we have more information to convene tomorrow," added Tedros, who encouraged China to continue information sharing and transparency, because it will not only help China, but also help prevent it from spreading internationally.

The PHEIC is defined by the WHO as an extraordinary event that is determined to constitute a public health risk to other states through the international spread of disease and to potentially require a coordinated international response.

Didier Houssin, chair of the Emergency Committee and an adviser to France's national health security agency, told reporters that the views of the members of the committee were split in declaring the novel coronavirus outbreak as a PHEIC.

"The fatality rate is clearly one of the question marks which was raised during the meeting of the committee. If we refer to the previous coronaviruses, the rates were much higher than it appeals to be today. We would like to have more information, because it is a very important factor to decide whether it is a major public threat or not," said Houssin.

Houssin said the Emergency Committee formulated a series of recommendations concerning the improvement of the containment and mitigation measures which are not only important in China and also what measures should be taken by member states.

"Considering the rapidly evolving situation, we suggest to Director-General that the meeting re-convene very early if necessary," added Houssin.

Michael Ryan, executive director of the WHO Health Emergencies Program, said at the press conference that "there are many unknowns to address in this event including clinical severity and the true extent and nature of disease transmission."

"The priorities right now, notwithstanding the deliberations of the committee: The member states affected have implemented a number of control measures. These have focused, and WHO agrees, the primary issue is to limit human to human transmission," said Ryan.