Australia seen waiting till March for rain to douse bushfires 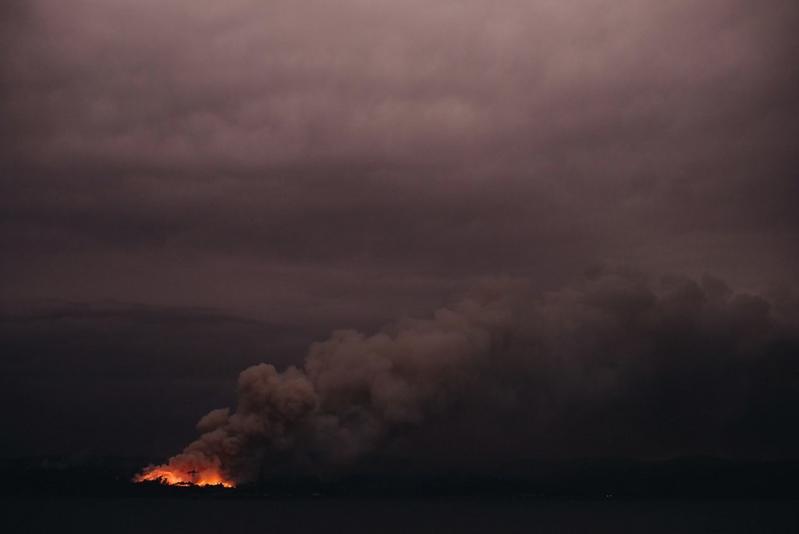 This handout photo taken on Jan 6, 2020 and received on Jan 7 from the Australian Department of Defence shows a fire in the distance seen from the Royal Australian Navy's HMAS Adelaide ship off the coast in Eden in New South Wales, as part of bushfire relief operations. (HANDOUT / AUSTRALIAN DEPARTMENT OF DEFENCE / AFP)

SYDNEY — Australia will have to wait until March for rains heavy enough to bring sustained relief from dry weather that has fueled deadly bushfires, the country’s weather bureau said on Thursday.

Some 100 fires are burning across the Australian east coast, and authorities battling to contain them reckon most will stay alight until they doused by sustained rain

Over the past few months the bushfires have razed an area roughly a third the size of Germany, killed 29 people, and destroyed more than 2,000 homes.

Some 100 fires are burning across the east coast, and authorities battling to contain them reckon most will stay alight until they doused by sustained rain.

Australia’s Bureau of Meteorology said there is a 50% chance that the bulk of the country’s east will receive average rainfall from March 1 through to May 30.

Even then, the bureau warned more rains would be needed to end three years of drought on the east coast.

“While outlooks for drier than average conditions have eased compared to those issued for late 2019, several months of above average rainfall are needed to see a recovery from current long-term rainfall deficiencies,” the bureau said in an emailed statement.

The wetter outlook provided some hope for firefighters, who were helped on Thursday by downpours on the east coast.

“Although this rain won’t extinguish all fires, it will certainly go a long way towards containment,” the New South Wales Rural Fire Service said on Twitter.

The relief, however, is expected to be temporary, with hot weather forecast to return in coming weeks.