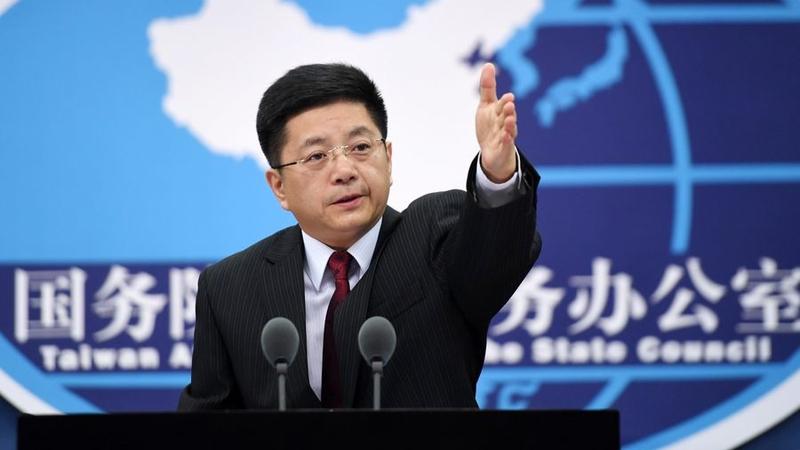 In this undated file photo, Ma Xiaoguang, spokesperson for the Taiwan Affairs Office of the State Council, takes a question during a press conference in Beijing, China. (CHEN YEHUA / XINHUA)

Ma Xiaoguang, a spokesperson for the Taiwan Work Office of the Communist Party of China Central Committee and the Taiwan Affairs Office of the State Council, made the remarks in an interview on the Taiwan election results.

"We uphold the basic principles of 'peaceful reunification' and 'one country, two systems' and the one-China principle, resolutely safeguard national sovereignty and territorial integrity, resolutely oppose separatist attempts and acts for 'Taiwan independence' in any form, and resolutely promote the interests and well-being of Taiwan compatriots," said the spokesperson.

The peaceful development of cross-Straits relations is the right path to promote the common development across the Strait and benefit compatriots on the both sides, Ma said.

READ MORE: Tsai has opportunity to mend her ways

"On the common political foundation of adhering to the 1992 Consensus and opposing 'Taiwan independence,' we are ready to work with Taiwan compatriots to promote the peaceful development of cross-Strait ties, advance the process toward the peaceful reunification of the motherland and jointly open up bright prospects for the rejuvenation of the Chinese nation," he said.