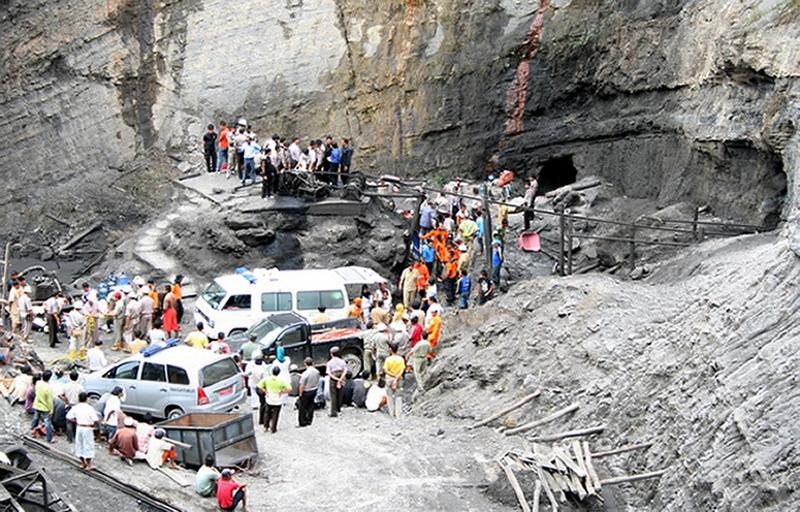 In this June 16, 2009 photo, rescuers gather at the tunnel entrance of a coal mine in Sawah Lunto in West Sumatra where more than 40 miners were feared dead after a massive explosion of methane gas collapsed the mine. (PHOTO / AFP)

JAKARTA – A coal mine exploded in Indonesia's western province of West Sumatra on Friday, leaving nine workers dead, two injured and one missing, an official said.

The explosion in the mine in Sawahlunto town occurred at about 8:30 am local time, Arief Pratama press officer of the provincial search and rescue office, told Xinhua via phone.

The wounded persons have been sent to a nearby hospital for treatment, he added.

A search and rescue operation for the missing person was underway.