By Yang Han, Willa Wu and Wen Zongduo in Riyadh 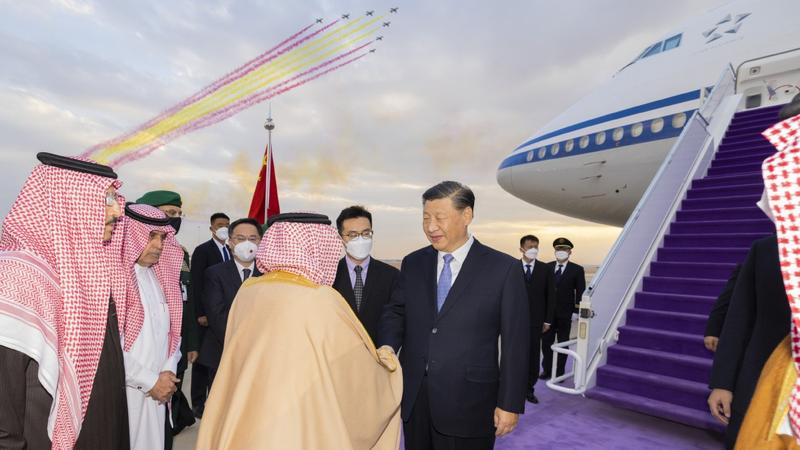 Chinese companies in Saudi Arabia are full of hope and expectation that Chinese President Xi Jinping’s official visit to the country will bring more opportunities for cooperation.

Jerry Li, managing and founding partner of eWTP Arabia Capital, or eWTPA, said Xi’s visit is a “once-in-a-lifetime opportunity” for his company and a historic chance which will greatly promote technological development in Saudi Arabia and the country’s cooperation with China.

Xi is in Saudi Arabia from Dec 7 to 10 to attend the first China-Arab States Summit and the China-Gulf Cooperation Council summit, and to pay a state visit to the country.

A venture capital firm based in Beijing and Riyadh, eWTPA is backed by Chinese e-commerce giant Alibaba’s eWTP Capital and Saudi Arabia’s sovereign wealth fund Public Investment Fund, or PIF. It positions itself as a bridge connecting Chinese companies and emerging markets such as MENA, the Middle East and North Africa.

Against the backdrop of the cooperation summits in Saudi Arabia and President Xi’s official visit to the country, Jerry Li, managing and founding partner of eWTP Arabia Capital, or eWTPA, said the company has received inquiries from hundreds of Chinese companies wanting to enter the Saudi Arabian market

Via its $400 million fund, eWTPA as of October had invested in 16 Chinese companies in the digital sector, 13 of them now successfully established in Saudi Arabia.

On behalf of Chinese gaming company OneMT, eWTPA on Dec 8 signed an investment agreement with Saleh Khabti, Saudi Arabia’s deputy minister of investment, in the presence of Minister of Investment Khalid A. Al-Falih and Minister of Communications and Information Technology Abdullah Alswaha. This cooperation could potentially boost the kingdom’s gaming sector and cement its position as a gaming hub in the MENA region.

Against the backdrop of the cooperation summits in Saudi Arabia and Xi’s official visit to the country, Li said the company has received inquiries from hundreds of Chinese companies wanting to enter the Saudi Arabian market.

“There is still huge potential in the economic and trade cooperation between China and Saudi Arabia, and it is especially the case when it comes to the field of technology,” Li said, noting the strong demand from Saudi Arabia for Chinese technologies in areas such as corporate services, entertainment and advanced manufacturing.

Participants take a group picture at a ceremony marking the agreement of Saudi Ministry of Investment with OneMT on Dec 8 in Riyadh, Saudi Arabia. (PHOTO PROVIDED TO CHINA DAILY)

Liu's company has provided about 20 job opportunities in Riyadh. He said he is looking forward to closer partnership with local businesses in all fields, as the "friendly Saudi people may get more interested in made-in-China and created-in-China products".

President Xi’s visit to Saudi Arabia will not only enhance the bilateral strategic partnership but also allow the local people to know about China, creating more opportunities for Chinese companies there, said George Huang, CEO of International Business Group at SenseTime, a leading artificial intelligence company established in Hong Kong.

SenseTime, which has had a presence in Saudi Arabia since 2018, has a joint venture with the PIF to support local talent and deliver innovative AI-powered solutions.

In September, for example, SenseTime MEA formed cooperation with the Saudi Company for Artificial Intelligence, under which it will receive 776 million Saudi riyals ($206 million) from the latter and build a high-end, local AI lab. 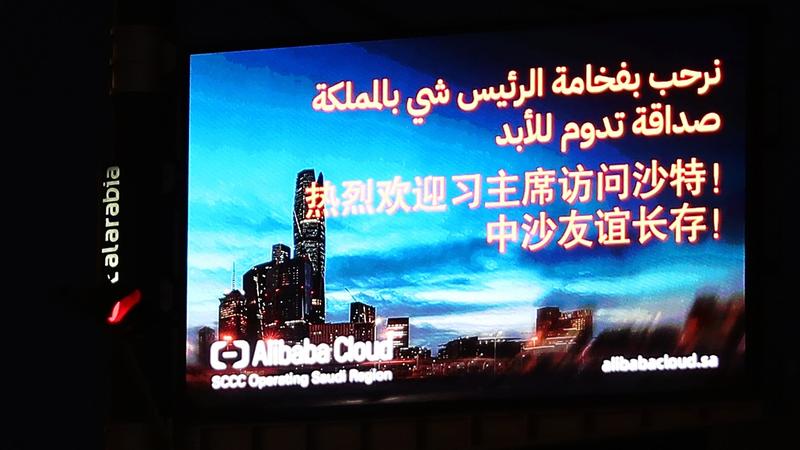 President Xi’s visit to Saudi Arabia will not only enhance the bilateral strategic partnership but also allow the local people to know about China, creating more opportunities for Chinese companies there, said George Huang, CEO of International Business Group at SenseTime

“For business cooperation between different companies, it is important to have a mutual understanding and respect for each other’s culture,” said Huang, also interim CEO of the joint venture SenseTime MEA.

Noting that Saudi Arabia has been putting great emphasis on economic transformation through its national strategy Vision 2030, Huang said he is confident that SenseTime’s technology and solutions can be an enabler to various industries, ranging from healthcare and infrastructure to tourism and education.

With the joint venture, Huang said he hopes to bring China’s best practices to the Saudi Arabian market through localization and to further expand these solutions across the MENA region.

He said that Sinosteel, having been in the region for more than a decade, has found that the Saudi vision provides a better business environment for enterprises. And the summits this week inject more confidence in locating more opportunities for upcoming mutual development.

Closer ties between China and Saudi Arabia are expected to be forged during Xi’s visit. On the evening of Dec 7, a total of 34 investment agreements were signed between Chinese and Saudi Arabian companies, according to the official Saudi Press Agency.