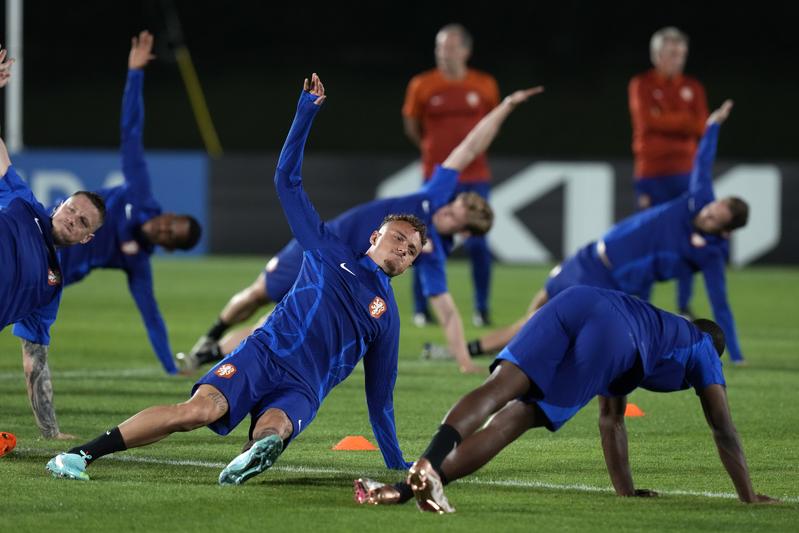 Players of the Netherlands warm up during Netherlands official training on the eve of World Cup soccer match between Netherlands and Argentina in Doha, Qatar, Dec 8, 2022. (EUGENE HOSHIKO / AP)

DOHA - The Netherlands faces Argentina in the World Cup quarterfinals on Friday night in the Lusail Stadium.

The ground that hosts the World Cup final on December 18 will play host to one of the great global rivalries in football.

That rivalry dates back to 1974, when Johan Cruyff's side steamrolled Argentina 4-0 in the second group stage in West Germany. Argentina took revenge four years later with a 3-1 win over the Dutch in the 1978 final in Buenos Aires.

This AFP graphic dated Dec 7, 2022 shows the preview of the match between Netherlands and Argentina in the quarterfinals of the football World Cup in Qatar.

Dennis Bergkamp scored a spectacular last-minute volley against Argentina to book a semifinal place for the Netherlands in 1998, while a 0-0 draw in the group stage in 2006 set the stage for a classic in 2014 which saw Argentina keeper Sergio Romero save penalties from Ron Vlaar and Wesley Sneijder to qualify Argentina for the final. 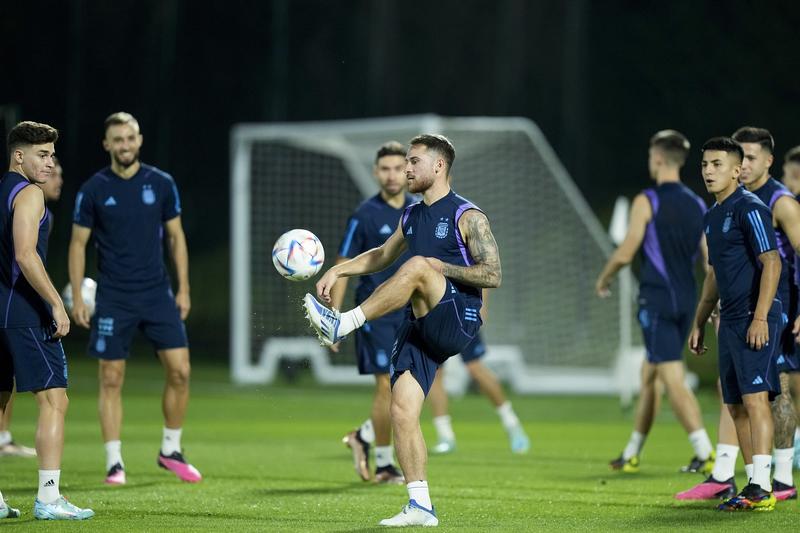 Alexis Mac Allister controls the ball during an Argentina official training on the eve of the quarterfinal World Cup soccer match between Argentina and the Netherlands in Doha, Qatar, Dec 8, 2022. (JORGE SAENZ / AP)

I suppose the stronger the rival is, the less likely they are to try to adjust to our system. I don't think Spain, France or Argentina will adapt to the Netherlands, so I think we have a big chance here.

Both teams go into Friday's match filled with confidence, with Lionel Messi leading Argentina to a 2-1 win over Australia in the round of 16, although there were some nervous moments in the closing minutes of a game that Argentina basically controlled.

Messi will of course be the center of attention on Friday as he looks to lead his team to that elusive world title, but Dutch defender Virgil Van Dijk warned the Dutch have to keep tabs on more than Messi.

Argentina is likely to be without Rodrigo de Paul through injury for the game, with Guido Rodriguez the probable replacement.

The Netherlands coach Louis van Gaal was quietly confident after his side defeated the United States 3-1 in the round of 16, saying they "can win the World Cup."

"I'm not saying we will win it, but we can win it," he added, putting his faith in the system which sees wing-backs Denzel Dumfries and Daley Blind use the full width of the pitch and Frenkie de Jong protect the defense. 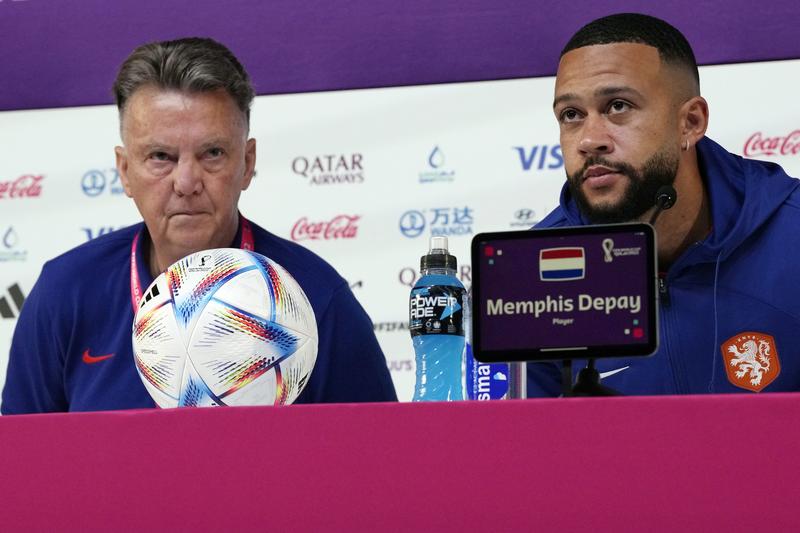 Head coach Louis van Gaal of the Netherlands (left) and Memphis Depay arrive at the venue of Netherlands official training on the eve of World Cup soccer match between Netherlands and Argentina in Doha, Qatar, Dec 8, 2022. (EUGENE HOSHIKO / AP)

That system helped the Dutch carve the USA open on three occasions, and saw them through Group A without many nervous moments and Van Gaal is optimistic it will work against more powerful rivals.

"I suppose the stronger the rival is, the less likely they are to try to adjust to our system. I don't think Spain, France or Argentina will adapt to the Netherlands, so I think we have a big chance here," he said after that game.

Friday night will show whether Van Gaal is right.