AL RAYYAN - Croatia coach Zlatko Dalic wishes their World Cup last-eight clash against five-time world champions Brazil was instead a mouth-watering final but his side are ready to set the record straight with a first ever win over the heavy favorites.

Dalic compared Friday's encounter to their final against France four years ago, which they lost 4-2, and said failure to win against Brazil on four previous occasions meant nothing.

"I believe that this match will be the most demanding one," he told a news conference on Thursday. "I can compare it to the final against France in the previous World Cup."

The greatest match at a World Cup is now ahead of us. They are one of the biggest favorites, they are always favorites but with what they demonstrated here they deserve to be one of the favorites.

"A great opponent and a great challenge for us. We have had 11 matches at these two World Cups and we lost one. I wish this match came a bit later, I wish it waited for us later (in the tournament) but life is such."

"Croatia are a small country and enjoying success in two World Cups. We managed to reach this stage but we are ambitious and don't want to stay here," Dalic said.

Brazil have been among the most exciting teams to watch in Qatar while Croatia, with 18 new players in the squad since 2018, are still somewhat unproven, according to Dalic.

Only a handful of veterans from their last campaign are included this time round, led by 37-year-old captain Luka Modric.

"There are 18 new players who were not at the World Cup (in 2018). We need time to develop and mature. Our success to be among the eight best teams is tremendous," Dalic said.

"They have still to prove themselves at the World Cup and tomorrow is a good opportunity for them to do so. We want to do more and if we manage to do it, it would be spectacular. It would be better if it was the final." 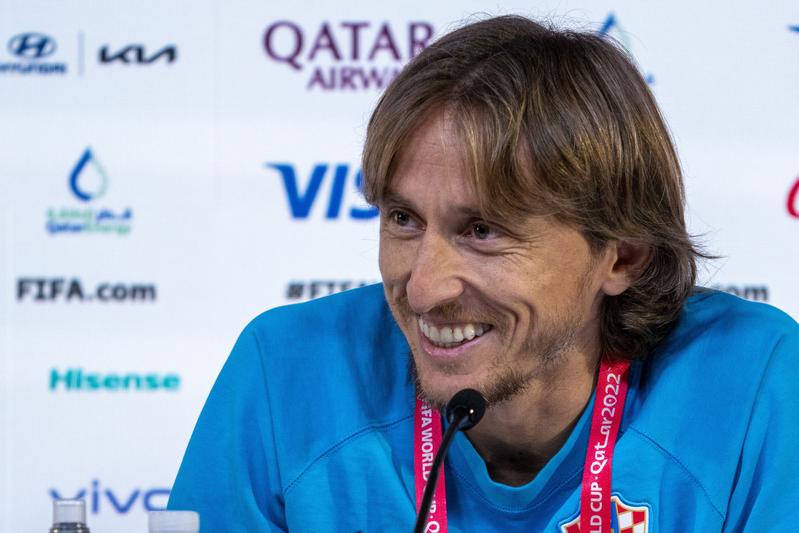 Croatia's Luka Modric smiles during a news conference on the eve of the quarterfinal World Cup soccer match between Croatia and Brazil, in Doha, Qatar, Dec 8, 2022. (DARKO BANDIC / AP)

Croatia have lost three times and drawn once against Brazil and Modric said now was the time for things to change.

"We have faced Brazil on several occasions and never won against them. I hope we can change the tradition," he said.

"The greatest match at a World Cup is now ahead of us. They are one of the biggest favorites, they are always favorites but with what they demonstrated here they deserve to be one of the favorites."

"We have to play our best match and then we have a chance. We should not be satisfied with reaching the quarter-finals," he said.