Hong Kong’s first Olympic breaking team is now in place and raring to go. But will the energy on display during the selection process translate into a wider engagement with the sport? Gennady Oreshkin reports.

Sze Ka-yam (B-Boy C Plus) won the contest for males aged 18 and above. (PHOTO PROVIDED TO CHINA DAILY)

The 1970s New York pioneers of breaking — the urban art form also known as break dancing — could hardly have imagined that one day their craft would earn itself a place at the Olympics. But that’s exactly what happened in December 2020, when the International Olympic Committee announced that breaking would be included in the 2024 Paris Summer Olympics. In 2018, a breaking showcase was featured at the Summer Youth Olympics in Buenos Aries. In August this year, the IOC laid out exactly how qualifying for breaking will work.

Hong Kong is seeing a surge of interest in street dancing — previously considered an underground sport despite its widespread popularity — as it prepares to send 12 breakers, comprising six B-boys and six B-girls, to Breaking for Gold Series where they get to have a shot at qualifying for Paris Olympics.

On November 12 and 13, the Breaking Division of the Hong Kong DanceSport Association (HKDSA) held the final round of Hong Kong team selection at West Kowloon’s Olympian City mall, under the banner Hong Kong GrandSlam Breaking. The event was supported by Sino Group and the Sports Federation and Olympic Committee of Hong Kong, China. Sixty contestants competed in the final round. They were divided into six categories according to sex and age, the latter being: 13 years and under, 14-17 years, and 18 years and over. The judging panel — put together by the chairman of HKDSA’s Breaking Division, Lam Sang-yuen (B-Boy Fishball) — comprised five veteran breakers including Lam himself.

Kenneth Fok Kai-kong, JP, Legislative Council member and vice-president of the Sports Federation and Olympic Committee of Hong Kong, China, was a special guest on the second day of the competition, pledging his support to the athletes. “It was an exhilarating experience to watch our local breaking athletes battle live — I’m deeply moved by their top-notch performances,” he said. “The high caliber of Hong Kong breaking athletes is obvious, backed by their outstanding results at recent international competitions.” 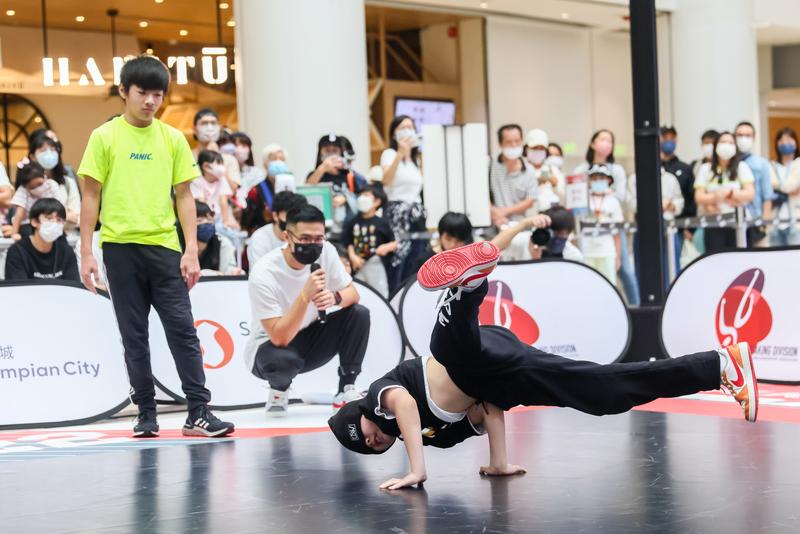 The audience at Olympic City watched a historic weekend unfold. “Today, as witnessed by the public, the Hong Kong Breaking Team was officially formed, and will be taking part in international breaking competitions on behalf of Hong Kong,” said Lam. “This makes it a very special day for the breaking community and Hong Kong.”

Aspiring Olympic breakers — some as young as five — played to a full house, cheered on by members of Hong Kong’s hip-hop community, parents, peers, groupies et al. The show went on until well after 9 pm. A local star of the breaking scene, B-Boy Think made an impression with the sharp elegance of his windmills and flares. B-Boy Mask’s carefully calibrated routine, danced to a mashup of hip-hop beats and classical music pieces, meanwhile, attested to breaking’s rapid evolution as a genre. 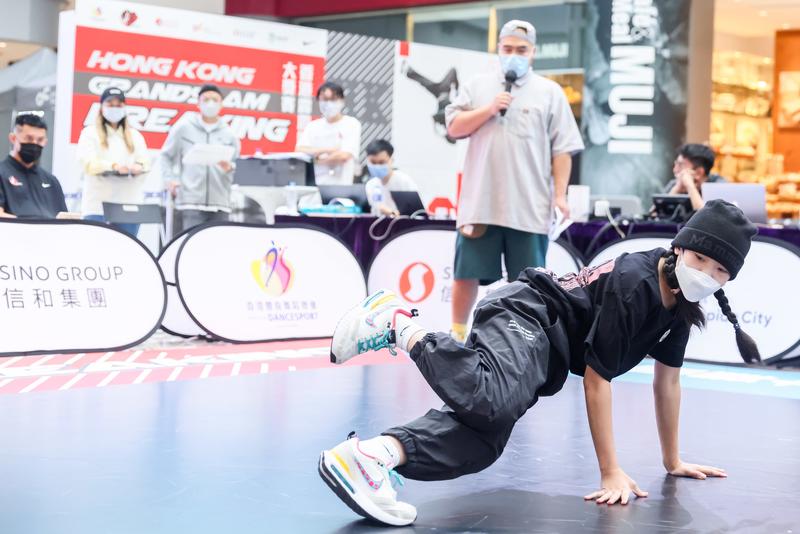 After battling for hours, Sze Ka-yam (B-Boy C Plus) and Chan Ka-yi (B-Girl Lady Little ) were crowned the winners in the adult categories. Both sounded hopeful about Paris 2024 helping to raise breaking’s stock in Hong Kong.

“Now we have an identity. My family finally knows what I’m doing. Before, they would just ask, ‘Why do you always go outside and come back hurt?’ Now they understand that I represent Hong Kong,” says Sze, adding that he expects to see breaking attract more young people and their parents, now that it has become an Olympic sport. Chan shares similar hopes: that the Olympics will encourage people to look upon breaking as a serious sport and that more local youngsters will take an active interest in breaking culture. 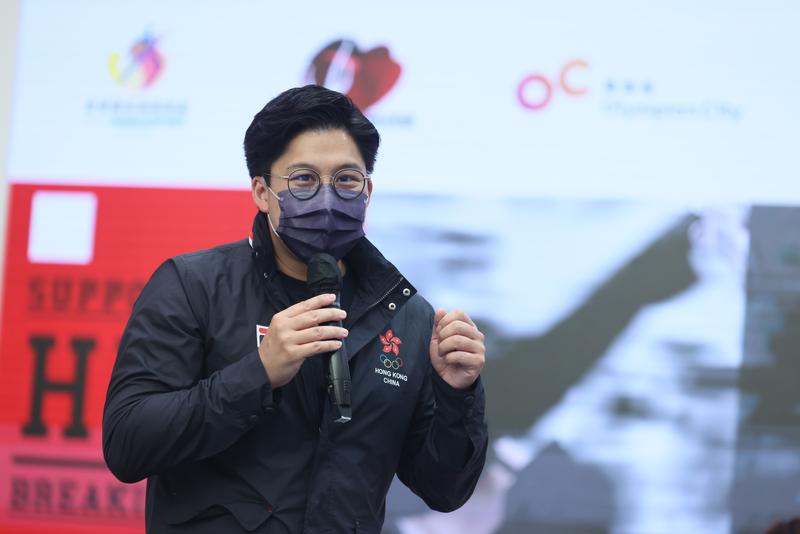 Hong Kong’s B-boys and B-girls are a resilient bunch. Many have managed to maintain their training regimen and come together to learn from one another over the past three years, despite the city’s stringent pandemic regulations as well as a lack of dedicated street dance spaces. “Other places have courts at universities and other locations, where dancers can practice together and learn. In Hong Kong we can only dance with our crew or via Zoom,” Sze explains. He adds that commercial support is also thin on the ground. “Hong Kong’s B-boys and B-girls don’t have anything: they dance because it’s their passion. If there were more sponsorships, they could channel more energy and time into their craft.”

Chan shares the sentiment. “I hope, because (breaking) is a new sport at the Olympics, there will be more resources for young breakers in the future, whether it’s product sponsorships or tickets to international competitions.” 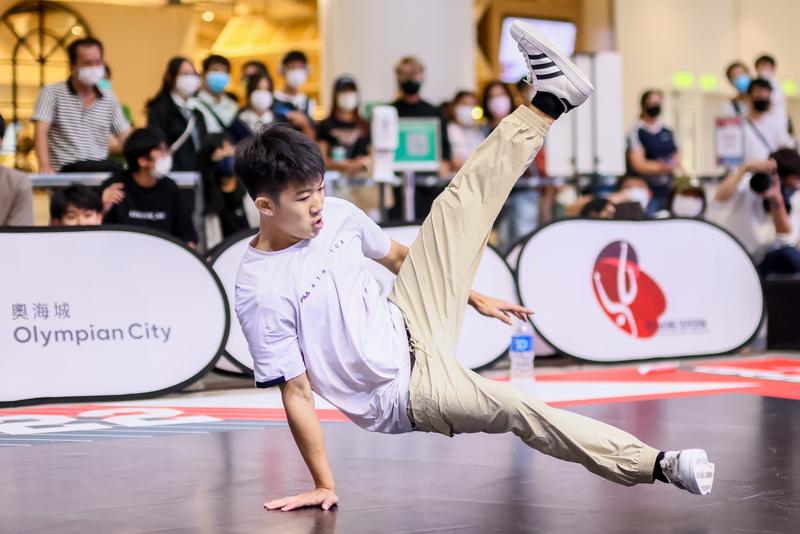 The road to the Olympics is long. The qualifying adult breakers will first travel to Japan, where the team will undergo training by top breaking professionals and participate in the Breaking for Gold World series in Kyushu in February. Next comes the Olympic Qualifier Series — a competition held from March to June 2024, in which the 10 highest-placed athletes (five per gender) will qualify for the 2024 Summer Olympics. The French National Olympic and Sports Committee will also allocate 10 team quotas via Continental Games or Continental Championship — which, in the case of Hong Kong, will be the Asian Games in September to October 2023 — and two quotas through the World DanceSport Federation 2023 World Championship.

At the beginning of their journey to potential athletic superstardom, Hong Kong’s elite breakers are already making history by participating in the first ever Olympic qualifiers for their sport. Having earned the opportunity to showcase their incredible skills and talent on the world stage, these Olympic hopefuls are sure to inspire Hong Kong’s next generation of passionate street dancers.